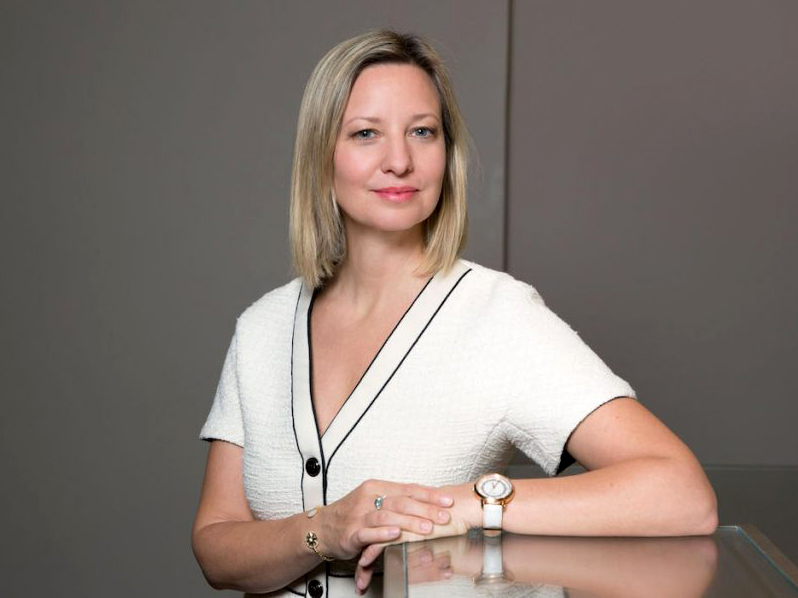 Anna Marsh, CEO of STUDIOCANAL (a CANAL+ Company) has been named as the 2022 recipient of the “International Distributor of the Year” award at CineEurope. The award will be presented as part of the CineEurope Awards Ceremony hosted by the Coca-Cola Company on Thursday 23 June, at the Centre Convencions Internacional Barcelona (CCIB) in Barcelona, Spain.

“We could not be more excited to honor our good friend Anna Marsh with this year’s award” stated Andrew Sunshine, President, Film Expo Group. “She defines what an executive is and is well respected throughout our industry. Anna is a natural leader who has helped take STUDIOCANAL—the European leader in the production and distribution of features films and TV series —to the next level and could not be more deserving of this award” continued Sunshine.

“We are delighted that Anna will be recognised as International Distributor of the Year at CineEurope 2022. STUDIOCANAL remains a crucial partner of European cinema exhibition and has shown itself to be fully committed to bring the best of European films to the Big Screen. This award recognises Anna’s leadership, her outstanding dedication and extraordinary passion for our industry,” stated Laura Houlgatte, CEO of UNIC.

Anna Marsh has nearly 20 years of experience in the entertainment industry. After graduating from the University of Otago in New Zealand and then HEC, she began her career in 2002 in the International Sales department of Tele Images Productions (Marathon group), before becoming International Sales Manager at TF1 International.

In December 2019, Anna was appointed CEO of STUDIOCANAL.

About STUDIOCANAL (a CANAL+ Company)
STUDIOCANAL, a 100% affiliate of CANAL+ Group held by Vivendi, is Europe’s leader in production, distribution and international sales of feature films and TV series, operating in all four major European markets — France, United Kingdom, Germany, and Spain — as well as in Australia and New Zealand.

STUDIOCANAL finances and produces around 30 films per year, partnering with talent to make films in several languages, including English, French, German, Spanish and Danish to name a few. STUDIOCANAL distributes around 50 films per year and owns one of the largest film libraries in the world, boasting nearly 6,500 titles from 60 countries. Spanning 100 years of film history, this vast and unique catalogue includes among others the iconic “Terminator 2,” “Rambo,” “Breathless,” “Mulholland Drive,” “The Graduate,” “The Third Man,” and “Belle de Jour.” Among STUDIOCANAL’s biggest successes are “Paddington” 1 and 2, “Tinker Tailor Soldier Spy,” “Non-Stop,” “The Stronghold,” “Black Box,” or “A Boy called Christmas.”

STUDIOCANAL also produces more than 200 hours of TV series each year and operates at an international level, by globally distributing its scripted productions and CANAL+ Création Originale (1,000 hours of current and library content in distribution).

STUDIOCANAL produces its series either directly (such as Paddington which won two Emmy Awards) or through its network of award-winning European production companies, including TANDEM Productions (“Shadowplay”) and LaiLaps Films (“Wild Republic”) in Germany, the UK’s RED Production Company (Stay Close, It’s a Sin, Years and Years) and Urban Myth Films (“War of the Worlds,” “Extinction”), Spain’s Bambú Producciones (“Two Lives,” “Jaguar,” “Cable Girls”) and France’s STUDIOCANAL ORIGINAL (“Nine Women,” “Narvalo, Mouche”). STUDIOCANAL is also an associate of Benedict Cumberbatch’s production company SunnyMarch TV (“Patrick Melrose”) and Danish-based SAM Productions founded by Søren Sveistrup and Adam Price (“The Chestnut Man,” “Ride Upon The Storm”). STUDIOCANAL and the CANAL+ Group, being aware of their responsibility as a media company, producer and distributor of content, share Vivendi’s eagerness to promote ambitious and inclusive creations, which also address the urgency of climate change.

About CineEurope
CineEurope 2022 will take place 20-23 June at the Centre Convencions Internacional Barcelona (CCIB) in Barcelona, Spain. CineEurope is the longest-running and most successful European convention and trade show for major, regional, and independent cinema professionals. CineEurope will feature exclusive screenings and product presentations of upcoming films, sponsored events, timely and informative seminars, and the CineEurope Trade Show. CineEurope is the Official Convention of the Union Internationale des Cinémas/International Union of Cinemas (UNIC). The Coca-Cola Company will once again be the Official Corporate Sponsor of CineEurope.

About UNIC
The Union Internationale des Cinémas/International Union of Cinemas (UNIC) represents the interests of cinema trade associations and cinema operators covering 39 countries in Europe and in neighbouring regions.