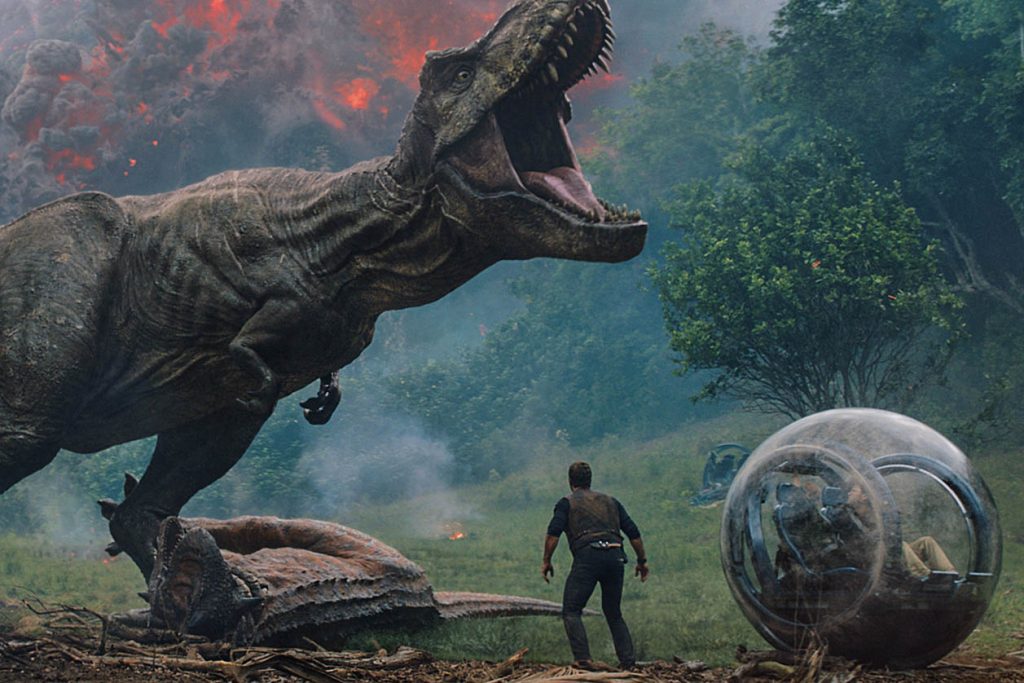 “Let’s all go to the movies” rang through the second quarter of 2018, with April, May and June recording the highest box office grossing calendar quarter of all time. AMC Theatres (“AMC”), the largest movie theatre chain in the United States, commented today on this notable achievement, due to the collective efforts of movie makers and theatre operators.

“There can be no doubt now that when Hollywood makes appealing movies, Americans flock to movie theatres in huge numbers. The record-setting quarter we just completed was the biggest in cinema history,” said Adam Aron, CEO and President, AMC Theatres. “We salute the magnificent job being done by our studio partners in creating the fabulous content that we in turn are putting on our screens. Success here is also the result of the continued dedication of exhibitors, led by AMC, to provide the very best movie-going amenities to our guests. Cutting-edge marketing programs are also key drivers for increased movie going, including our AMC Stubs loyalty program and the new AMC Stubs A-List.”

June 2018 represents the fifth time in the past 10 months that the Hollywood domestic box office has set a record. September, December, February, April and June each set a record best for those respective months.

Through the first half of 2018, the box office is up an estimated 9.6% versus the first six months in 2017, and 2018 is the fastest year in history to eclipse the $6 billion total box office mark.

With so many great movies coming soon, now is the perfect time for guests to sign up for AMC Stubs A-List. Through AMC Stubs A-List, members can enjoy all available showtimes up to three times per week, at all AMC theatre locations in the United States, in all of AMC’s normal and premium formats, including IMAX at AMC, Dolby Cinema at AMC, RealD 3D, Prime at AMC and BigD. AMC Stubs A-List can be used at the spur of the moment or also can make planning ahead days or weeks in advance possible, as securing tickets is made easy via the reservations capabilities on the AMCTheatres.com web site, or on the AMC Theatres smartphone app or at the box offices of AMC Theatres. AMC Stubs A-List members pay only $19.95 per month (plus tax).

For information about AMC Stubs A-List and to sign up, guests can inquire at their local AMC, or at AMC’s web site www.amcstubs.com/alist, or on AMC’s iOS and Android smartphone apps after downloading or updating them with the latest app release.

About AMC Entertainment Holdings, Inc.
AMC is the largest movie exhibition company in the U.S., in Europe and throughout the world with more than 1,000 theatres and 11,000 screens across the globe. AMC has propelled innovation in the exhibition industry by: deploying its Signature power-recliner seats; delivering enhanced food and beverage choices; generating greater guest engagement through its loyalty program, web site and smartphone apps; offering premium large format experiences and playing a wide variety of content including the latest Hollywood releases and independent programming. AMC operates among the most productive theatres in the United States’ top markets, having the #1 or #2 market share positions in 22 of the 25 largest metropolitan areas of the United States, including the top three markets (NY, LA, Chicago). Through its Odeon subsidiary AMC operates in 14 European countries and is the #1 theatre chain in Estonia, Finland, Italy, Latvia, Lithuania, Norway, Spain, Sweden and UK & Ireland. In a joint partnership with The Development and Investment Entertainment Company, a subsidiary of The Public Investment Fund of Saudi Arabia, AMC also operates AMC Cinemas in the Kingdom of Saudi Arabia. For more information, visit www.amctheatres.com.