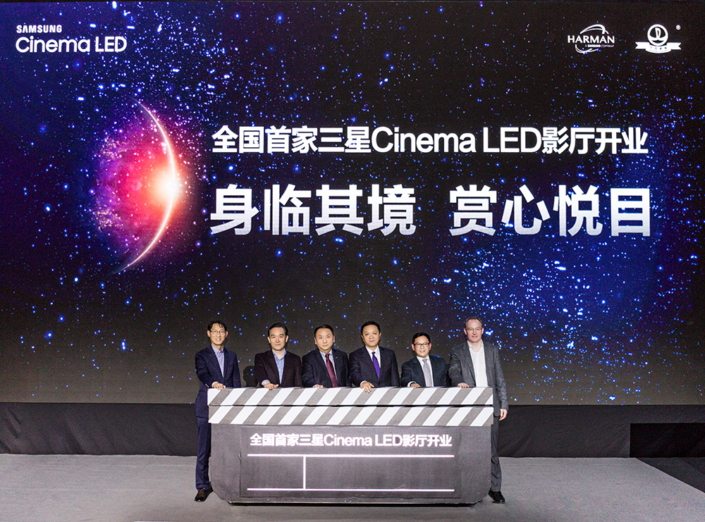 “Since its introduction mid-last year, Samsung’s Cinema LED Screen has captivated the cinema industry with its potential revolutionize the theater and filmgoing experience. Through sharper colors, true-to-life audio and an ultra-wide viewing environment, our Cinema LED Screen makes viewers feel as if they are part of the picture,” said Seog-gi Kim, Executive Vice President of Visual Display Business at Samsung Electronics. “Through Cinema LED, we are confident that consumers in China will embrace the opportunity to engage with their favorite films like never before, and are thrilled to partner with Wanda Cinemas to bring this advanced technology to this growing market.”

The new partnership expands Samsung’s relationship with the world’s leading cinema chain. A Fortune 500 company, Wanda Cinema Line Corp. operates nearly 14,347 screens at more than 1,352 theaters around the world, and also owns recognizable global cinema brands including AMC, Carmike, Odeon and Hoyts Group. Even as Cinema LED at Shanghai’s Wujiaochang theater launches, Samsung and Wanda Cinemas already are finalizing a second cinema conversion in Beijing, with plans to open the venue to the public in the first half of this year.

To go with the stunning picture technology, Samsung has paired its Cinema LED Screen with state-of-the-art audio technologies from JBL by HARMAN. This integration includes powerful speakers bordering the screen, and an expanded audio “sweet spot” throughout the theater’s seating area, producing a true multi-sensory experience the way the content creators intended. 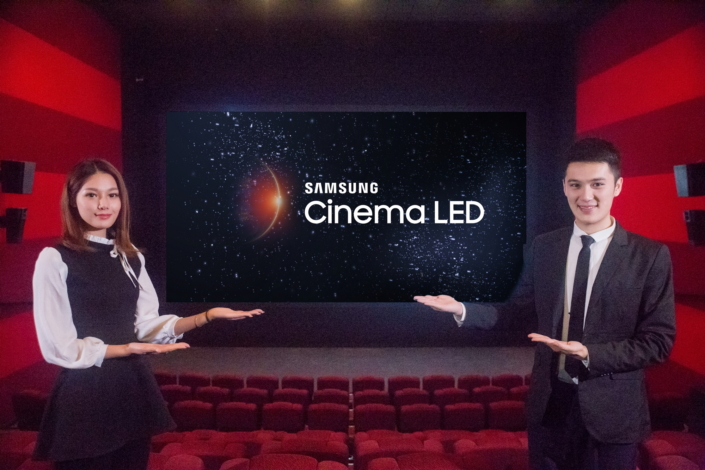 “As the world’s leading cinema company, our customers expect a differentiated and memorable theater experience both worthy of their investment and reflective of the Wanda Cinemas brand,” said Qi Wang, Vice President, Wanda Film Holding Co., Ltd. “We are honored to work with Samsung to set the new luxury theater standard, and look forward to making the Shanghai Cinema LED theater a must-see destination for both movie enthusiasts and casual consumers alike.”

With the demands for theater space evolving across the industry, Samsung’s Cinema LED Screen will enable Wanda Cinemas to expand the service offerings inside its improved Shanghai theater. The display’s consistent presentation, even against dark or ambient lighting conditions, accommodates non-movie content including gaming competitions, corporate events and presentations, and sports and concert simulcasting, among others.