Now Showing: Cinema for the Mind Body and Soul 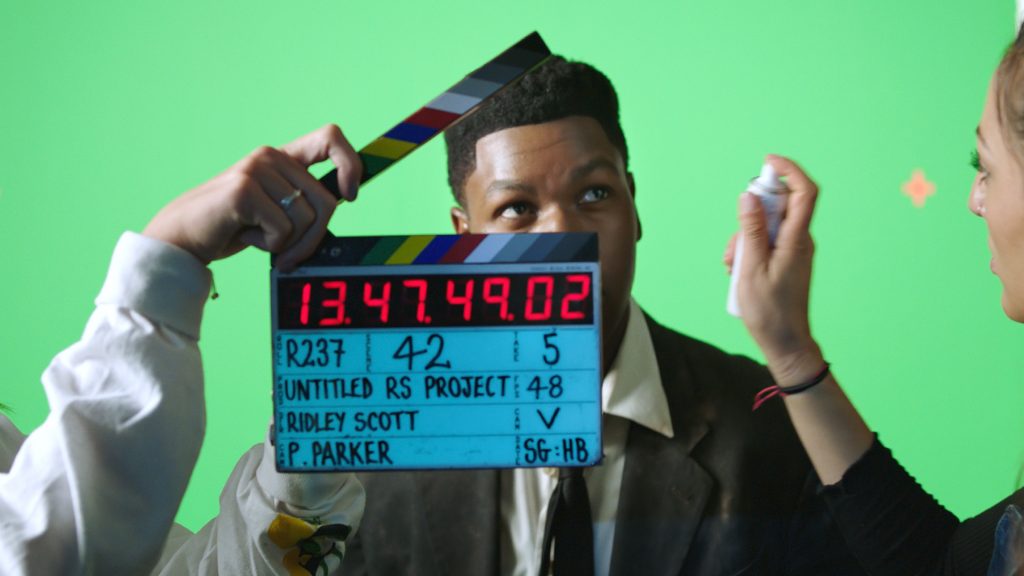 New academic research by UCL and Vue Entertainment reveals the cinema can have fascinating cognitive, emotional and physiological benefits

A trip to the cinema can actually be good for us and help us step away from the mounting pressure of being online all the time.

That’s according to new research released today from Vue and University College London, revealing that a few hours behind the big screen can have fascinating benefits on our brain function, social connections, productivity and creativity.

Through an academic experiment conducted by UCL’s Faculty of Experimental Psychology, a group of volunteers were tested with biometric sensors to see what happens to our minds and bodies during a two-hour film screening.

The findings showed a noticeable increase in participants’ heart rates during the film, with viewers in the healthy heart-zone for 45 minutes – equivalent to a light form of cardio. Fascinatingly, as viewers watched the film their heart rates became more closely aligned, often beating in unison. Skin conductance tests also showed that certain events in the film triggered an increase in emotional arousal levels.

Secondary research suggests that three unique elements of the cinema experience drove the findings; the focused activity, the shared social focus and the cultural element. Further analysis by UCL demonstrates these elements have proven long-term benefits on our overall brain function, memory, focus and productivity.

“Cultural experiences like going to the cinema provide opportunities for our brain to devote our undivided attention for sustained periods of time. At the cinema specifically, there is nothing else to do except immerse yourself.

“On top of this, our ability to sustain focus and attention plays a critical role in building our mental resilience, because problem-solving typically requires a concentrated effort to overcome obstacles. In other words, our ability to work through problems without distraction makes us better able to solve problems and makes us more productive. In a world where it is increasingly difficult to step away from our devices, this level of sustained focus is good for us.”

Activities with a shared social focus on the other hand have been proven to boost our creativity, team performance and bonding with others, and has also been proven to reduce feelings of loneliness and depression.

Tanya Goodin, Founder of Time to Log Off and author of ‘Off’ commented:
“One of the symptoms of our smartphone-fixated culture is that we’re increasingly retreating into solitary experiences on our devices. It can hardly be surprising then that loneliness is on the rise for all age groups. One of the antidotes to this is a shared big screen experience, which has the power to bond us in a way that solitary screening never will.

“On top of this, through smartphone culture we’ve become more connected than ever and multi- tasking on many devices – or media-multitasking – has become the norm. While we often think this is productive, all the evidence shows this actually slows our brain’s performance down and lowers our IQ! For years, psychologists have known the positive effects of being completely immersed in an
absorbing experience, or a ‘flow’ state. It’s restful and rejuvenating for our over-stimulated brains and it’s an experience exactly like getting lost in a film on the big screen.”

The findings come as Vue launches ‘Get Lost’, a manifesto film. The film ‘Get Lost’ shows us just how valuable it is to get lost in a great story. It’s precious and necessary escapism that enriches our everyday lives. Stories are meant to be seen in a certain way so you can fully immerse yourself surrounded by screen, sound and watching in the ultimate seat. Vue offers the best luxury leather recliner seating, high definition SONY 4K screen and Dolby Atmos multi-dimensional sound because everyone deserves to experience the magic of big screen entertainment at affordable prices.

Tim Richards, CEO of Vue International commented:
“Between juggling multiple devices and living in a world where we’re almost never offline, switching off has never been more important. Not only is the cinema one of the last places where you can truly get lost, but the research shows that it’s actually good for you!

“That’s why we invest heavily in having the ultimate seat, screen and sound experience and are constantly striving to provide cinema-goers with the best possible big screen experience.”

‘Get Lost’ launches on January 10th. Visit https://www.myvue.com/news-competitions/time-to-get-lost to watch the film and for more info.

About the Study – Methodology
Two groups of volunteers participated in an experiment conducted by UCL’s Faculty of Experimental Psychology in July 2019. 51 participants watched the 2019 version of Aladdin at Westfield in Stratford, London. An additional 26 participants participated as a control group, taking part in a comparable task of reading a novel for the same amount of time to compare results. Both groups completed pre and post-performance questionnaires, wore biometric sensors to track heart rate, electrodermal activity and body temperature to measure their physiological responses to the film and novel.

About Vue Entertainment
Vue Entertainment (Vue UK & Ireland) is a leader in out-of-home entertainment and the big screen experience. Vue has 91 state-of-the-art cinemas throughout the UK and Ireland, with over 850 screens. Vue offer stadium seating, VIP seats and luxurious recliners alongside a range of content, in addition to highly anticipated blockbusters. With event cinema titles including opera, ballet, musicals,
national theatre, live streaming of sporting events and concerts through to hosting Gaming championships and dedicating multiple screens to eGaming arenas, Vue is well known for providing the most innovative cinematic experience.

Vue UK and Ireland was founded following the acquisition of the Warner Village Cinemas in 2003 and is part of the leading cinema group Vue International. The group spans ten countries with 211 sites, 1,879 screens, over 8,500 staff and 90m customers where Vue is widely recognised as the most operationally efficient and technically advanced exhibitor in the industry.