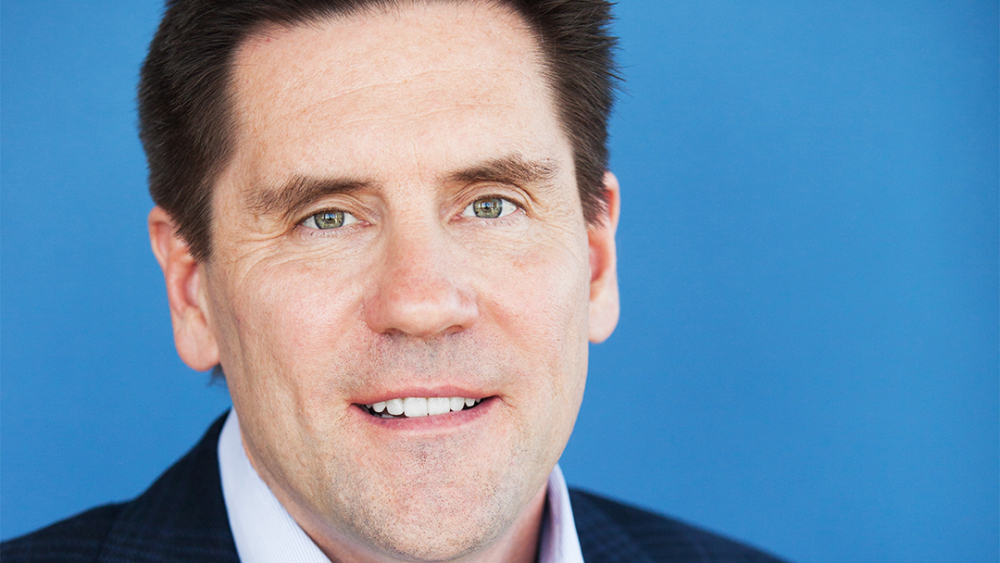 National CineMedia, Inc. (NASDAQ: NCMI) (“NCM”), the managing member and owner of 48.6% of National CineMedia, LLC, the largest cinema advertising network in the U.S., announced today that the company’s Board of Directors has appointed Thomas F. Lesinski to the role of Chief Executive Officer, effective August 2, 2019. He will continue to serve on the NCM Board in his role as the Chief Executive Officer.

A highly accomplished executive with a career bridging the entertainment, digital media, sales, marketing and advertising industries, Thomas (“Tom”) Lesinski had served as Chairman of the Board of NCM, Inc. since August 2018, after being appointed as independent Director of NCM Inc. in December 2014. Since 2015, he had also served as CEO of Sonar Entertainment, a leading TV production company, after serving as a Sonar Board Director since 2013. His extensive 25-year Hollywood career also includes prior leadership roles as CEO and founder of Energi Entertainment, President of Digital Content & Distribution with Legendary Entertainment, President of Paramount Pictures Digital Entertainment and President of Worldwide Home Entertainment for Paramount, and both Executive Vice President and General Manager of Home Entertainment and Executive Vice President, Worldwide Marketing & Development at Warner Bros. He began his career in advertising, working at industry leaders BBDO, Foote, Cone & Belding, and Clairol Inc.

Lee Roy Mitchell, NCM Board Director and founder and Chairman of Cinemark, Inc., said, “With the help of Korn Ferry, the Board conducted an extensive search for an innovative leader with vision – someone who will ensure that NCM remains the industry leader in bringing brands and movie audiences together while positioning the company for sustainable, profitable growth. The longer we looked, the more we realized that our own Chairman had the best combination of a deep understanding of our business and the wide-ranging industry experience necessary to lead NCM. Tom’s unique background in film, TV, digital entertainment, media, sales, marketing and advertising position him to expand our core cinema advertising business while developing new growth opportunities. The Board is confident in NCM’s future under Tom’s leadership.”

“Over the past five years, I have seen the power and potential of National CineMedia’s cinema advertising network and experienced the talent and dedication of NCM’s team and exhibitor partners firsthand,” said Lesinski. “NCM is the largest cinema network in the U.S., and our Noovie pre-show and digital products reach and engage hundreds of millions of moviegoers a year. These are young, cord-cutting audiences that are hard to find on traditional TV or other premium video platforms, which makes having access to them especially valuable to brands. I look forward to working to build upon the company’s strong foundation of success and continuing to accelerate its growth for years to come, further enhancing our market position to drive value for stockholders, employees, exhibitors, and advertising partners alike.”

Board Director and retired NCM CEO and Chairman Kurt Hall noted, “Having been one of NCM’s founders and been in his seat, I know Tom is the right person to lead NCM into the future. His years of involvement with NCM, his strong relationships with our exhibitor partners, and his broad entertainment experience within both traditional and digital media organizations have provided Tom with a strong set of leadership skills and a unique perspective into our company and today’s media business. I look forward to working with Tom and the rest of the NCM Board as we promote innovation for marketers to drive our revenue growth and higher returns for our stockholders.”

Clifford E. (“Cliff”) Marks, who had served as both President and Interim CEO of National CineMedia since November of 2018 and will now return to his role as President, commented, “I have been working closely with Tom as our Chairman, and I am excited to continue to partner with him to innovate and drive revenue and value for NCM. Tom brings great skills and experiences to the table with a diverse business career spanning filmed entertainment, advertising, sales, marketing, digital and content creation, all of which will benefit the company. NCM’s future is bright, and we now have the right person at the helm to lead us.”

About Thomas F. (“Tom’) Lesinski
Tom Lesinski is CEO and Director of National CineMedia (NCM). He joined NCM, Inc. as a Director in December 2014, and was elevated to Chairman of the Board in August 2018.

From 2015-2019, Lesinski was also CEO of Sonar Entertainment, after having served the company as Sonar’s lead Board Director since 2013. During his tenure, he transformed Sonar into a leading independent TV production company, with hit series including Taboo (Tom Hardy/Ridley Scott), The Son (Pierce Brosnan), Shannara Chronicles (Jon Favreau), Mr. Mercedes (David E. Kelly/Steven King), Das Boot (Hulu/Sky), and the upcoming Amazon series The Hunt (Jordan Peele/Al Pacino), and many others.

Prior to Sonar, he was CEO and founder of Energi Entertainment, a production company producing premium TV and digital series. He also served as Legendary Entertainment’s President of Digital Content & Distribution, responsible for worldwide digital distribution, content development, and digital strategy.

Before that, he spent nine years at Paramount Pictures, most recently as President of Digital and Home Entertainment, where he was responsible for monetizing the studio’s filmed entertainment content on next generation digital platforms globally. He also oversaw the studio’s video game, mobile and original digital content businesses, founding the studio’s Digital Entertainment division and building it into a multi-million-dollar business while launching multiple web series. Lesinski also led Paramount’s move into digital distribution and was “first to market” in the digital distribution of films on virtually every new media platform around the world including deals with Netflix, Apple, Amazon, Hulu, and many others.

His earlier work at Paramount included serving as President of Worldwide Home Entertainment at Paramount Pictures, the largest division of Paramount, operating in over 20 countries globally with 800+ employees. In this role, Lesinski consistently grew annual revenue and was responsible for the distribution of all Viacom content including Paramount Pictures, Nickelodeon, MTV, VH1, Comedy Central, CBS, Showtime, and Dreamworks as well as acquiring significant third-party content from the PBS TV library, The Oprah Winfrey Show library, the John Wayne/Baja library. Lesinski also built the DVD content group that produced multiple films including Martin Scorsese’s Bob Dylan film No Direction Home and Neil Young’s Heart of Gold directed by Jonathan Damme.

Lesinski’s studio career also includes 10 years at Warner Bros., serving as Executive Vice President and General Manager for Warner Home Video, managing the multi-billion-dollar division that was #1 in market share during his tenure. Earlier, he had served as Executive Vice President, Worldwide Marketing & Development, responsible for the launch of Warner Bros. feature films on DVD in all major territories worldwide and building the studio’s “made for video” business including animated releases of Scooby Doo, Batman, and The Animatrix as well as The Olsen Twins video series. He first joined Warner Bros. as vice president of Marketing.

Lesinski got his start in Hollywood as an Account Director in the Los Angeles office of the Foote, Cone & Belding advertising agency, where he was responsible for entertainment accounts including Universal Studios. He began his career in advertising at BBDO Inc, in New York, where he worked on the Pepsi, Gillette and Campbell Soup accounts, and at Clairol Inc, now a division of Procter & Gamble, where he served as a Marketing Manager in the Consumer Products division.

He holds bachelor’s degree in Journalism and master’s degree in Advertising from Northwestern University in Evanston, Ill.

About National CineMedia, Inc.
National CineMedia (NCM) is America’s Movie Network. As the #1 Millennial weekend network in the U.S., NCM is the connector between brands and movie audiences. According to Nielsen, more than 750 million moviegoers annually attend theaters that are currently under contract to present NCM’s Noovie pre-show in 58 leading national and regional theater circuits including AMC Entertainment Inc. (NYSE:AMC), Cinemark Holdings, Inc. (NYSE:CNK) and Regal Entertainment Group (a subsidiary of Cineworld Group PLC, LON: CINE). NCM’s cinema advertising network offers broad reach and unparalleled audience engagement with over 20,900 screens in over 1,700 theaters in 187 Designated Market Areas (all of the top 50). NCM Digital goes beyond the big screen, extending in-theater campaigns into online and mobile marketing programs to reach entertainment audiences. National CineMedia, Inc. (NASDAQ:NCMI) owns a 48.6% interest in, and is the managing member of, National CineMedia, LLC. For more information, visit www.ncm.com and www.noovie.com.