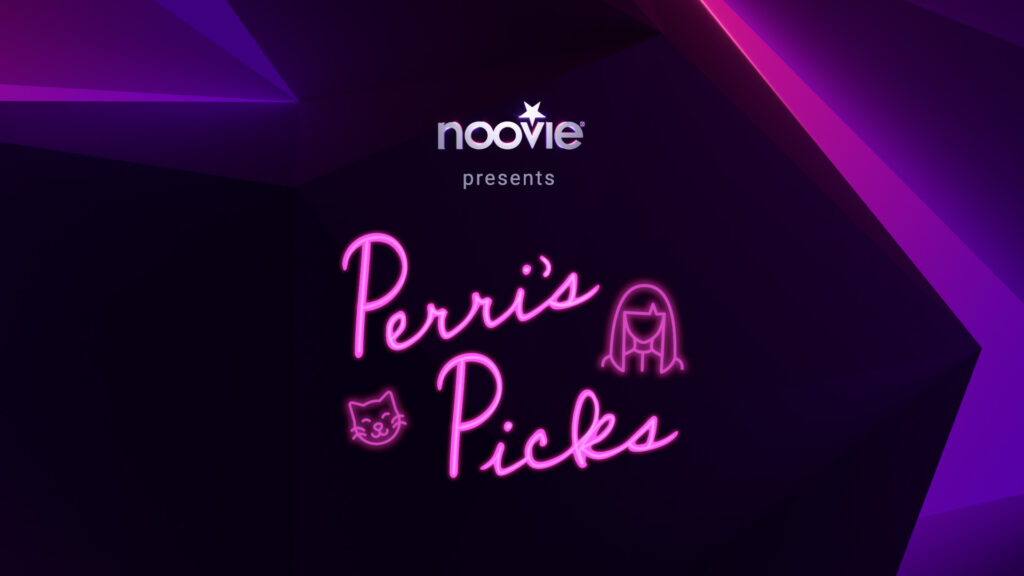 Perri’s Picks, Noovieverse and Noovie Unwind Debut as Shows Within the Show

National CineMedia (NCM), the largest cinema advertising network in the U.S., is debuting several new content series in its Noovie preshow program this month. The company has entered into agreements with an assortment of popular online personalities from the world of film and entertainment who will appear in three new series on nearly 21,000 screens in over 1,600 U.S. movie theaters (including the top 50 Designated Market Areas).

Perri’s Picks is hosted by Collider’s Perri Nemiroff, who will regularly share her enthusiastic recommendations of the most anticipated upcoming movies in the film release pipeline. Nemiroff’s Noovie big screen series debuts after many years hosting video reports on smaller digital screens where she has covered the entertainment world for a variety of popular online sites, including Movies.com, Screenrant.com and ComingSoon.net. A graduate of Columbia University's Film MFA program, Perri is also a member of the Broadcast Film Critics Association.

Noovieverse is an original content series hosted by the leading pop culture and influential voices around the Marvel Studios and DC Comics universes. Noovieverse hosts capture the social and cinematic "buzz" around the myths, rumors and storylines of the major superhero releases in the cinematic landscape. A rotating group of hosts will appear several times per year offering a curated look at the upcoming superhero movies. Noovieverse hosts include Matt Ramos, Greg Alba and Brad R. Lambert, among others to be added in the future.

Matt Ramos entertains, informs and inspires his online fan community clamoring to stay up-to-date on all cinema superheroes. He’s been talking about “Spider-Man: No Way Home” for over a year online and will host a special event this week for movie fans at an AMC theater in Burbank, CA. The 400-seat auditorium was sold out in less than an hour.

Greg Alba is the host, editor and producer of The Reel Rejects on YouTube, taking his audience on a hilarious journey through the world of movies. He shares his love of feature films via online discussions, movie reviews, movie news, community reaction to movie trailers, and more.

Brad R. Lambert is a producer, talent manager and speaker with a passion for film and entertainment. He works with brands, studios, celebrities, artists and other industry professionals creating wider awareness for the best Hollywood has to offer. He currently collaborates with Walt Disney Studios, Marvel Studios, Warner Bros. Pictures, Sony Pictures, Universal Pictures, and many more. He previously was involved in marketing the release of “Spider Man: Far From Home”, as well as “Avengers: End Game”.

Additionally, the new Noovie Unwind segment will allow moviegoers to immerse themselves in self care before the movie begins. In less than a minute, Unwind will provide a moment of relaxation for moviegoers craving a mental health break before escaping into the world of cinematic storytelling.

“The pandemic created an opportunity for us to reexamine the Noovie preshow program and reevaluate how we could evolve it to better engage moviegoers, while also creating fresh opportunities for cinema advertisers,” said NCM Chief Marketing Officer Amy Tunick.

“With films like “Spider-Man: Now Way Home”, “No Time To Die” and “Venom: Let There Be Carnage” breaking box office records, 18 to 34 year-olds are returning to movie theaters in droves. Including some of their favorite online personalities in Noovie creates a more relevant and entertaining experience for everyone. When we tested Noovieverse last month, the results exceeded our expectations and feedback from the moviegoers was extremely positive. Advertisers are also seeking more relevant ways to connect with the coveted 18 to 34 year-old audience. With linear TV programming viewership continuing to decline, our cinema screens are a great way to engage with these coveted consumers,” Tunick added.

NCM plans to introduce additional changes to Noovie during 2022.