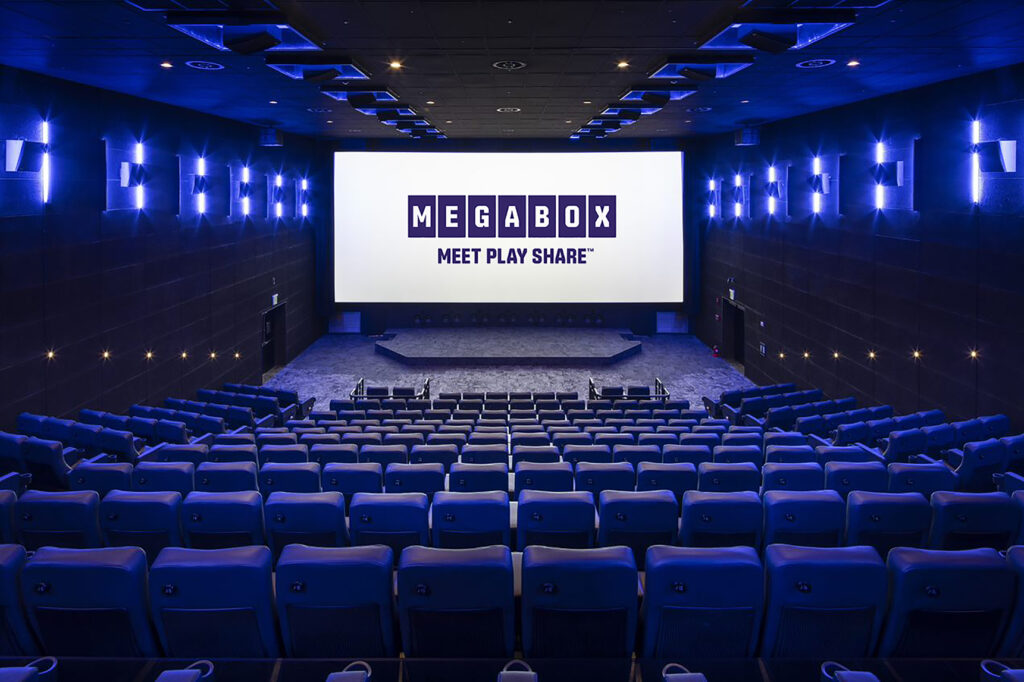 Christie is pleased to announce that Megabox, the third largest cinema chain in South Korea, has chosen its state-of-the-art RGB pure laser projection systems for the flagship Megabox COEX multiplex located in Seoul’s upscale Gangnam district, as well as several multiscreen cinemas in major cities across the country.

Megabox has embraced RGB pure laser projection in recent years to provide movie-goers with the most realistic and lifelike visuals. Fifteen of 16 screens in Megabox COEX use Christie’s latest RGB pure laser cinema projectors, featuring Christie Real|Laser illumination technology. The projectors include the Christie CP4440-RGB for premium large-format (PLF) auditoriums, the CP4430-RGB and CP4420-RGB projectors for mainstream auditoriums, and the CP2309-RGB projectors for smaller auditoriums. Opened in 2000, the iconic cinema is currently one of the largest multiplexes in South Korea.

A spokesperson from Megabox said, “We always aspire to captivate movie-goers with the best possible image quality on the market, and RGB pure laser is clearly the future of cinema projection. We have chosen Christie RGB pure laser cinema projectors for our major multiplexes due to their outstanding color and contrast, high efficiency and a long operational life, as well as their small footprint for flexible deployment even in limited spaces.”

Han Kim, executive director for APAC, Cinema, Christie, commented, “We are delighted that Megabox has chosen our RGB pure laser projection systems for its new and existing multiplexes across Korea. This is a clear reflection of the value that Christie offers to our longstanding customers such as Megabox—with whom we’ve enjoyed a longstanding relationship. With these cutting-edge RGB pure laser projection systems, Megabox will deliver an unmatched cinema-going experience for its patrons.”

All RGB pure laser projectors fitted in these venues feature Christie’s proprietary all-in-one RGB laser architecture with integrated cooling and sealed optical path. It’s the most efficient architecture available and Christie is the only company in the world to offer these innovative options together.

These high-performance projectors deliver more than 95 percent of Rec. 2020 spec without filtering or color correction, superior contrast ratio, and the capability to reproduce 2D and 3D content at 4K resolution and up to 120 frames per second. The rich, deep and intense colors and contrast create astounding visuals for audiences to enjoy, while delivering significant operational efficiencies to cinema owners.

About Megabox
Based in Seoul, Republic of Korea, Megabox is a major multiplex chain and operates a total of 691 screens. As part of Joongang Holdings, one of Korea’s major media companies, Megabox has dedicated itself to ‘better cinema’ for over 21 years. In 2009, Megabox became the first 4K circuit in Republic of Korea, and continues to innovate in order to deliver unforgettable movie experiences. Visit www.megabox.co.kr.