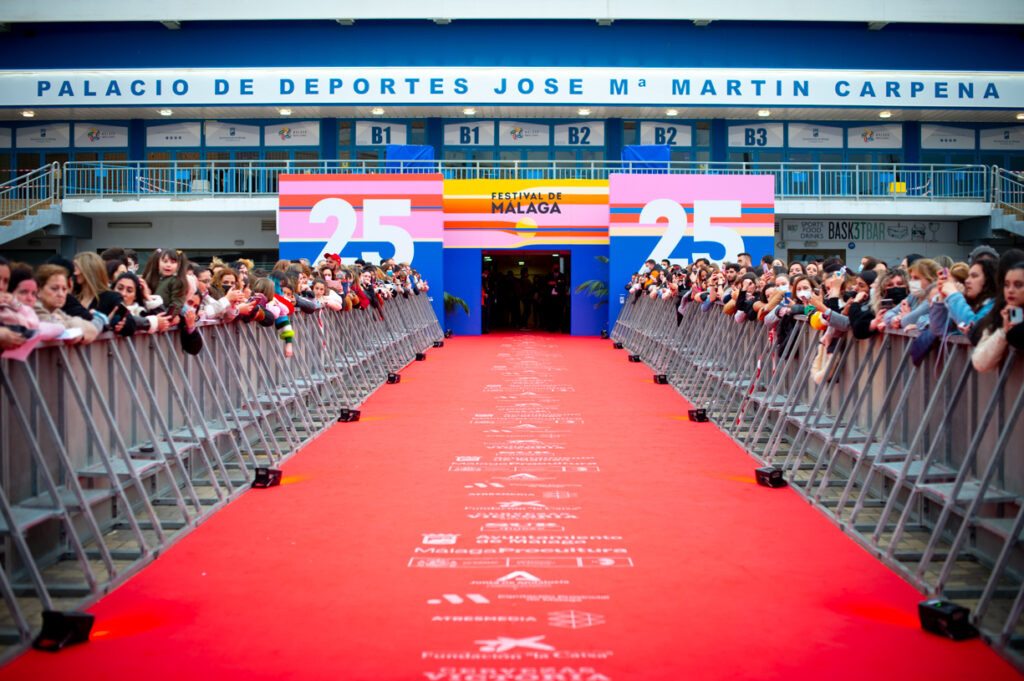 Christie is pleased to announce that its RGB pure laser projectors will be used for the first time at the Malaga Film Festival, one of Spain’s biggest film events, to be held from 18 through 27 March 2022, marking its silver anniversary. The Christie partner Sercine, an official festival collaborator, is looking after the integration and support for the event’s projection solutions.

After two years of COVID-19, the festival is again a meeting place complete with social events. This year, to include the greatest possible number of spectators in the opening gala, the ceremony will be hosted for the first time at the city’s Palacio de Deportes, a sports arena holding 3000 people.

Here, Sercine will install a Christie CP4430-RGB projector (28,000 lumens, 4K resolution) to light up the impressive screen measuring 22 meters (72 ft) wide by 9.2 meters (30 ft) high. “Because the opening ceremony is being held in such a large venue, with a screen of gigantic proportions, with a capacity of over 3000 spectators, we needed a projector that could guarantee the quality of image we were looking for, and the CP4430-RGB ticked all the boxes,” explained Fernando Ramírez, the technical manager of the Malaga Film Festival.

He added: “The arena is not a conventional cinema theatre. It has large windows and even though we can cover them with curtains, there is inevitably still a considerable amount of ambient light, but with this powerful projector we can guarantee an image quality that would be impossible with other projectors.”

In addition, the Malaga Film Festival recently installed a Christie CP4415-RGB projector (15,000 lumens, 4K resolution) in Screen 1 at Cines Albéniz, one of the festival’s main sites. “The strength of this projector is the quality of the image. And this is not just something only the engineers working here appreciate, we’ve been told as such by our regular clients, who have congratulated us for it. And this is true for both 2K and 4K movies. Other advantages are its reliability and durability and the fact that it is so intuitive and user-friendly,” said Fernando Ramírez.

The CP4430-RGB and CP4415-RGB pure laser projectors come with built-in CineLife+ electronics and Real|Laser illumination. They afford a powerful and vibrant visual experience, using Multi-Laser Pack Devices (MPDs) to produce a wide gamut of colors –reproducing over 95% of Rec. 2020– as well as offering exceptional brightness, uniformity of image, and contrast.

Christie’s working relationship with the Malaga Film Festival goes back many years. The seven projectors the festival owns are all Christie. “The experience has been more than positive, as we have never had the slightest hiccup with the projectors since we first started working with Christie. And that is important for us because when you host a festival and all eyes are on you, you want to give spectators and the directors viewing their films in the different sections the best possible quality,” argued Ramírez.

The festival’s technical manager underscored the technical assistance offered by Sercine, who have been working alongside the festival for over 10 years, “giving us the benefit of their know-how and providing us with impeccable support and service.”

This year the festival will screen 1949 audiovisual creations from 53 countries. The festival’s official section includes 21 films (13 from Spain and eight from Latin America), 19 of them in competition for the annual Biznaga de Oro, the festival’s coveted award.

About Christie
Christie Digital Systems USA, Inc. is a global visual and audio technologies company and a wholly owned subsidiary of Ushio Inc., Japan (JP: 6925). Christie revolutionized the movie industry with the launch of digital cinema projection, and since 1929 has embraced innovation and broken many technology barriers. Our technology, paired with the support of professional services to design, deploy and maintain installations, inspires exceptional experiences. Christie solutions are used around the world, from the largest mega-events to the smallest boardrooms, and include advanced RGB pure laser projection, SDVoE technology, content management, image processing, LED displays, and Christie CounterAct™ far-UVC disinfection solution with patented Care222® technology. Visit www.christiedigital.com.