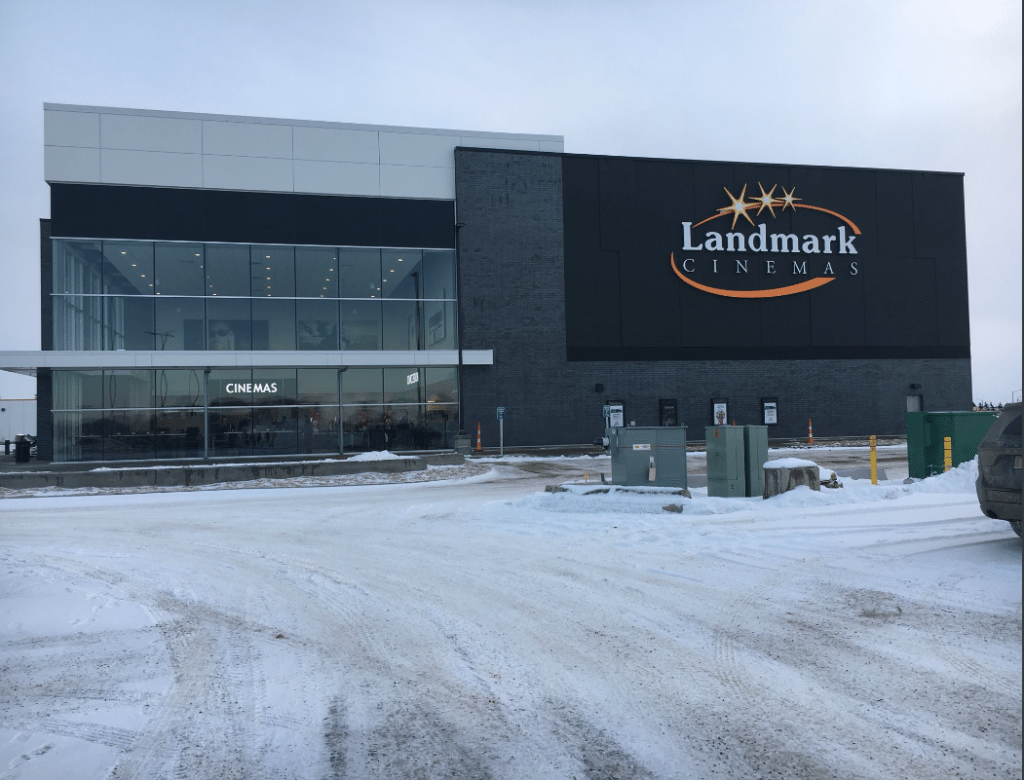 Yesterday, Eddy Duquenne, CEO of Kinepolis Group, and Bill Walker, CEO of Landmark Cinemas Canada, have inaugurated a brand new Landmark recliner seating cinema complex at Jensen Lakes Crossing in St. Albert, Canada. As from today, February 15, the cinema will be open to the public.

“Experiencing a movie in the comfort of a premium-powered recliner theatre seat is a unique experience,” said Eddy Duquenne, CEO of Kinepolis Group. “We look forward to welcoming movie lovers in St. Albert, and the surrounding regions, and introducing them to this new movie-going experience.”

“We are excited about this Landmark Cinemas opening in Jensen Lakes Crossing,” stated Darin Rayburn, Chief Executive Officer of Melcor Developments. “This opening is an important milestone as our vision for a walkable community with a main street design comes to life. Jensen Lakes Crossing will include an array of restaurant patios, wide sidewalks and plazas that create welcoming community gathering spaces at St. Albert’s entertainment destination.”

Kinepolis Group acquired Landmark Cinemas Canada in December 2017. Landmark currently operates 44 cinemas (including this new opening in St. Albert), all located in Central and Western Canada, and has its head office in Calgary (Alberta). Landmark Cinemas is Canada’s second largest cinema operator, with a market share of 10%. The new-build project in St. Albert was included in the agreement concluded with Landmark Cinemas in 2017.