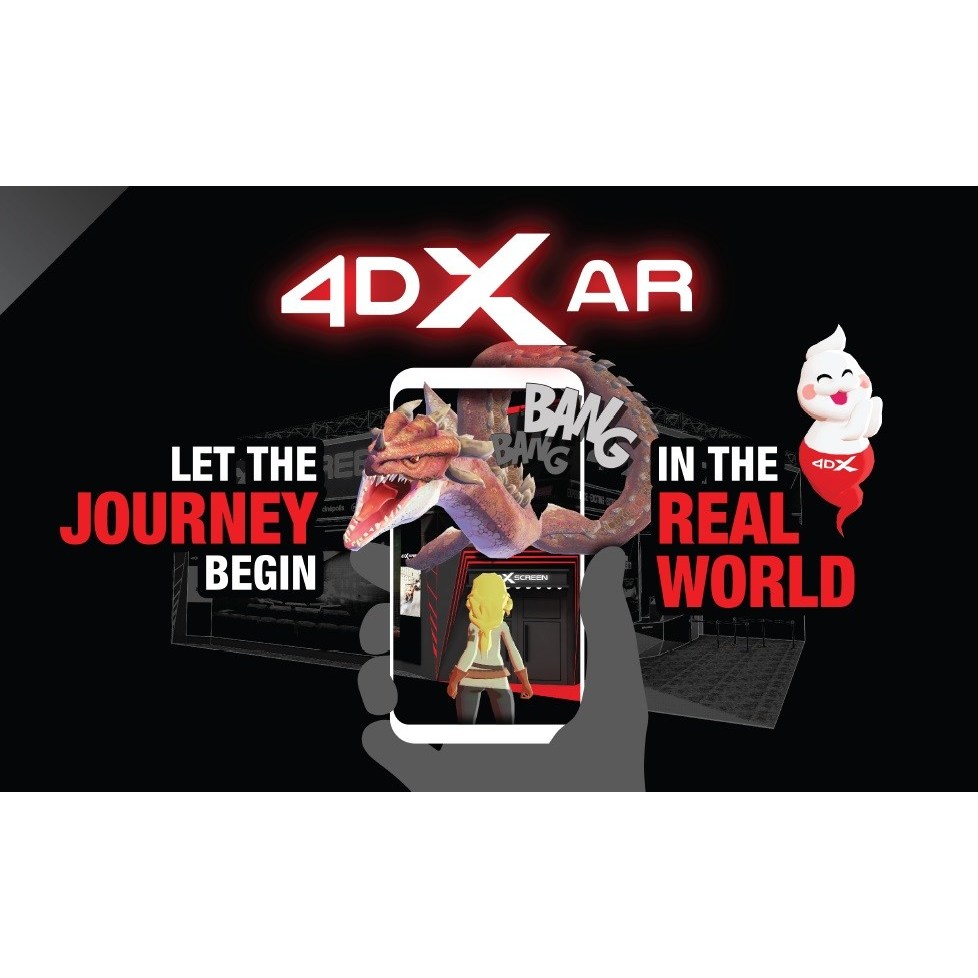 Whereas high precision AR experiences have only been available through the use of high-end AR glasses, CJ 4DPLEX is developing an innovative ‘4DX AR’ platform accessible with a mobile phone by integrating computer vision technology. Using Resonai’s Vera™, an Artificial Intelligence (AI) and Augmented Reality (AR) platform that converts any physical space into an intelligent digital environment, the ‘4DX AR’ platform allows anyone to enjoy indoor entertainment and conveniences such as games and navigation guides in accordance to various spatial characteristics of large retail spaces such as cinemas, shopping mall complexes, and theme parks. The company also collaborated with Teeny Studio and FINGEREYES to develop a demo for the new AR platform.

The new ‘4DX AR’ platform applies advanced computer vision technology that recreates elements of a mobile game that completely blends with the real world. The technology will also introduce an indoor navigation system that will allow the users to enjoy the game without any lags or interference unlike conventional AR games currently in the market.

As a new form of lobby entertainment, this technology can lead to an increase in time spent in entertainment centers, increased consumer engagement, and a significant increase in sales – an attractive feature for the owners of large retail spaces. With this platform, visitors will also be able to navigate to different attractions within the venue, which can function as an effective marketing tool.

Until now, the characters in conventional AR games could not differentiate between objects in the real physical space and virtual 3D objects, resulting in overlap of the two, the new game that utilizes the ‘4DX AR’ platform will recognize even subtle differences between the real physical space and virtual objects, allowing characters to go through or even hide behind real spaces such as walls. Participants will have to overcome a series of quests in a single or multi-player form.

A demo of the game will be available for attendees at the Las Vegas Convention Center, Tech East, South Hall 1, Booth # 20918 from January 7-10.

There are endless possibilities with this AR platform, as the computer vision technology can be integrated with pre-existing content or games that are in development, to create interactive multiplayer AR content. CJ with 4DPLEX aims to integrate IoT technology and AR technology so that all things provided by its IoT service can communicate and be managed via AR technology.

“We are excited to showcase our indoor AR platform at CES 2020, said JongRyul Kim, CEO of CJ 4DPLEX. “There are endless possibilities for how to develop this platform into a viable commercial product, and we look forward to collaborating with content providers and exhibitors who are interested in showing customers a new way to experience AR games.”

CJ 4DPLEX is a leading cinema technology company headquartered in Seoul with international offices in Los Angeles and Beijing. The company has created innovative premium formats for theaters worldwide that include 4DX, ScreenX, and 4DX Screen for consumers to experience films in ways that were never before possible. 4DX provides moviegoers with an innovative multi-sensory experience, allowing the audience to connect with movies through motion, water, wind, snow, lightning, scents, and other various special effects that enhance the visuals on-screen. Each 4DX auditorium incorporates motion-based seating synchronized with 22 effects, maximizing the excitement of the movie beyond the limits of audio and video. Since its inception, more than 700 Hollywood and local titles have been screened in 4DX. More than 82,500 4DX seats operate in 731 auditoriums, spanning 65 countries. ScreenX is the world’s first multi-projection theater technology used within a theatre setting that expands the cinema space by projecting images onto left and right sides of the cinema wall, creating an immersive and panoramic viewing experience. ScreenX is the fastest glowing premium format in the market with over 306 auditoriums in 32 countries to date.

CJ 4DPLEX was named Most Innovative Company of 2017 and 2019 in the Live Events category by Fast Company, and its technology has been recognized with Silver Edison Awards™ in the Media and Visual Communications-Entertainment category in 2015 and 2018. For more information, please visit www.cj4dplex.com and www.screenx.co.kr