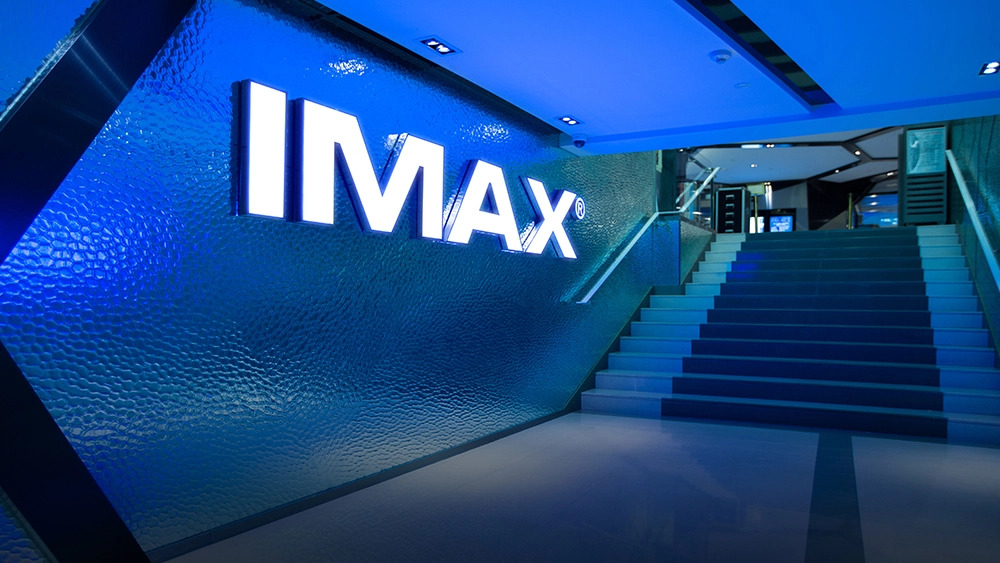 China Film Group's "The Wandering Earth 2" Scores $6 Million Opening Day in IMAX - Nearly Double its Predecessor and Good for 8.5% of the Film's Total

IMAX Corporation (NYSE: IMAX) rocketed to its second-best opening day ever for the Chinese New Year holiday — the perennial peak moviegoing period in China — with $7 million in box office across the IMAX China network on Sunday.

“Moviegoing in China continues to make a strong comeback in 2023, and our results for the opening day of Chinese New Year — which stand among our best ever — offer further proof of the pent-up demand among Chinese audiences for great blockbuster entertainment,” said Rich Gelfond, CEO of IMAX. “With a strong Chinese New Year slate, the continued success of ‘Avatar: The Way of Water’, and several high-profile releases from Hollywood in the coming weeks, it’s clear that China is once again one of the most robust and diversified film markets in the world.”

IMAX’s results were further amplified with the success of a trio of films, including “Full River Red”, the period drama that marks the fifth collaboration between IMAX and director Zhang Yimou. The Chinese New Year IMAX slate was rounded out by children’s animated film “Deep Sea” produced by Enlight Film, and WWII espionage thriller “Hidden Blade” produced by Bona Film and Xiyue Film. Both films mark first-time partnerships between IMAX and directors Tianxiaopeng and Cheng Er, highlighting the expanding range of partnerships between local language content filmmakers and IMAX.

“This is one of the strongest and most diversified Chinese New Year slates in years, and a credit to the studios and filmmakers who continue to push Chinese filmmaking to new heights,” said Daniel Manwaring, CEO of IMAX China. “We are particularly excited to welcome Chinese moviegoers back to the visionary world of Guo Fan’s “Wandering Earth”, as audiences continue to see IMAX as the premier destination to experience this groundbreaking franchise.”

IMAX China will continue to program its Chinese New Year film slate throughout the holiday leading into February. Disney/Lightstorm’s “Avatar: The Way of Water” — which is already the second highest grossing IMAX film in China with more than $50 million — will continue its successful run in China as well. Disney/Marvel’s “Black Panther: Wakanda Forever” and “Ant-Man and The Wasp: Quantumania” will also debut in China next month.

About IMAX Corporation
IMAX, an innovator in entertainment technology, combines proprietary software, architecture, and equipment to create experiences that take you beyond the edge of your seat to a world you’ve never imagined. Top filmmakers and studios are utilizing IMAX theaters to connect with audiences in extraordinary ways, and, as such, IMAX’s network is among the most important and successful theatrical distribution platforms for major event films around the globe. Streaming technology company SSIMWAVE, an IMAX subsidiary, is a leader in AI-driven video quality solutions for media and entertainment companies.

About IMAX China
IMAX China is a subsidiary of IMAX Corporation, and was incorporated as a limited liability company under the laws of Cayman Islands. IMAX China was established by IMAX Corporation specifically to oversee the expansion of IMAX’s business throughout Greater China. Shares of IMAX China trade on the Hong Kong Stock Exchange under the stock code “1970”.