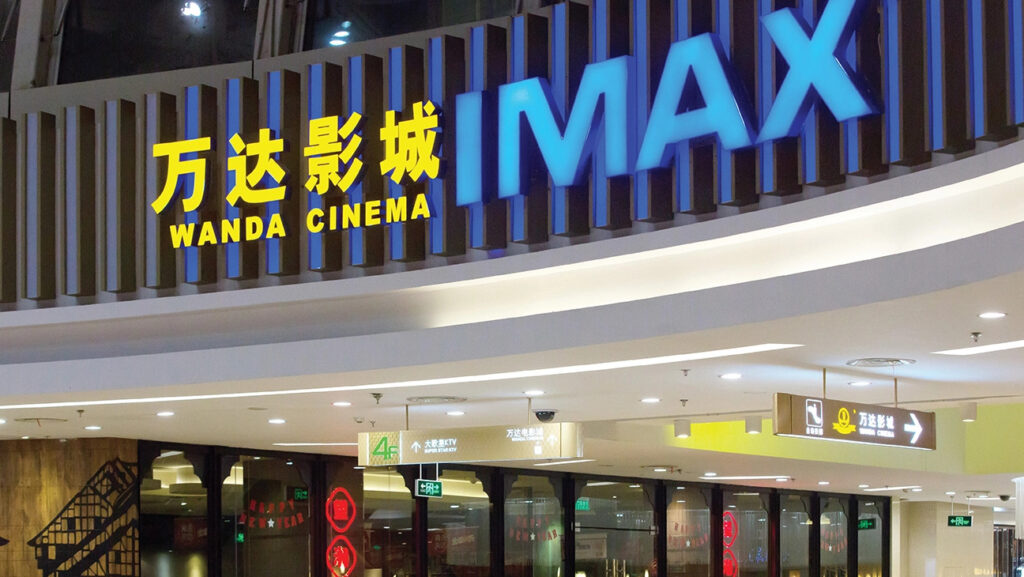 The agreement marks an expansion of IMAX and Wanda’s longstanding, successful partnership, and a sign of renewed momentum in the Chinese market; it is IMAX’s first agreement for more than five new theatres in China since February 2021.

“Wanda Film is among our biggest and most dynamic partners in the world, and this agreement further enhances the value of our longstanding relationship with a strong slate of local language and Hollywood releases ahead,” said Rich Gelfond, CEO of IMAX. “This expansion of our biggest partnership in China is a great sign that this critical theatrical market is recovering and ready to reclaim its position as a global box office powerhouse.”

Under the agreement, new IMAX theatres will open in newly built Wanda Cinemas multiplexes in top tier cities including Shanghai, Shenzhen, and Guangzhou, among others. Wanda and IMAX’s partnership dates back more than a decade and spans several major, multi-theatre deals.

Wanda boasts the most IMAX locations in China, with 371 IMAX theatres in operation and another 23 in backlog. IMAX also enjoys a longstanding partnership with Wanda Pictures — the company’s production, and distribution arm — on blockbuster releases including the record-breaking 2021 Filmed for IMAX title “Detective Chinatown 3.”

IMAX is headquartered in New York, Toronto, and Los Angeles, with additional offices in London, Dublin, Tokyo, and Shanghai. As of June 30, 2022, there were 1,694 IMAX theater systems (1,610 commercial multiplexes, 12 commercial destinations, 72 institutional) operating in 87 countries and territories. Shares of IMAX China Holding, Inc., a subsidiary of IMAX Corporation, trade on the Hong Kong Stock Exchange under the stock code “1970.”