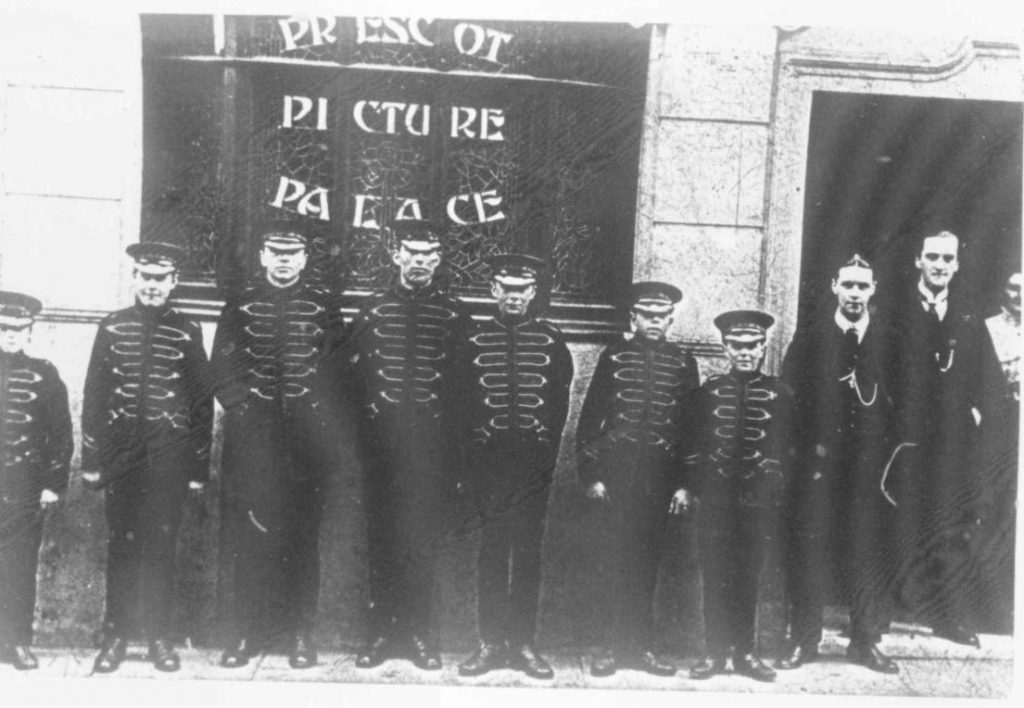 The deadline is fast approaching for interested parties to submit expressions of interest to operate the regenerated Prescot Picture Palace site. Submissions of interest to bring the original 1912 town centre cinema site back to its former glory close on 30th April 2021. In a process being run by The Big Picture Cinema Consultants on behalf of Knowsley Council, enthusiastic owner/ operators are being actively sought for the unique original cinema site to see the heritage asset returned to its former splendour.

As part of a major investment programme into the town, the cinema site is the single largest project within the Prescot High Street Heritage Action Zone. Its original features including a landmark façade and barrel-ceilinged auditorium survive intact, even down to 120 of the original cinema seats still in situ.

Under the funded restoration scheme, the balcony that was partly demolished in the 1980s could be reinstated, providing additional seating capacity. The cinema currently stands at 1022sq. m, with a 160 seat capacity, but additional scope exists for the site to be improved and enlarged to increase the existing auditorium seating capacity, add Food & Beverage and other service offerings, and even additional screens and facilities in an extension to the existing building.

The vision for Prescot, shared by Knowsley Council and Historic England via the High Street Heritage Action Zone, is to use the town’s heritage as a resource to enrich people’s lives. It will support the local economy and help the town adapt from a traditional retail-based town centre to one with a more diverse offer that includes varied and dynamic culture and leisure experiences. The leisure sector is now established as the largest sector in terms of unit numbers in Prescot town centre, with twelve new independent bars and eateries opening in the town since 2018, ahead of the grand opening of The Shakespeare North Playhouse next year.

Using conservation-accredited architects, the Council will sensitively and sustainably restore and adapt the building for use as a 21st century cinema. The cinema site forms a cornerstone of the Council’s planned cultural and leisure town centre offer, complementing The Shakespeare North Playhouse, scheduled to open in 2022, and adding further diversity to the town’s cultural and leisure offer.

John Sullivan, Director, The Big Picture, comments, “We’ve already received numerous expressions of interest for this unique gem of a site, which offers such a historic opportunity to honour the legacy of the building while bringing it right into the 21st Century. Whilst previous experience of running a cinema is beneficial for applicants, the most important consideration is their vision to bring this part of the country’s cinema history back to life, and to create a sustainable business that will serve the Prescot community and beyond for generations to come.

“Cinemas can play a vital role in enhancing towns’ leisure and entertainment infrastructure, and for Prescot to host a true Picture Palace once more gives local residents the experience of immersing themselves in the latest cinema releases, while also honouring the town’s history and heritage.”

Dale Milburn, Executive Director (Regeneration & Economic Development) adds, “The opportunity to re-open in the area’s oldest cinema building doesn’t come around very often, and we’re very proud to have secured this site for the benefit of future generations and current Prescot residents. The opportunity to bring the Picture Palace back as an integral part of Prescot’s vibrant cultural and leisure environment is a tremendous one. It plays an important role in the council’s continued investments in the town, and will offer local residents a unique gem of a venue which also recognises and respects the town’s cultural history.”

The Picture Palace closed in the 1950s, and has since hosted a bingo hall, a carpet warehouse, and a community church. The cinema location stands at one corner of a 0.75 hectare site that will be master planned for redevelopment as part of the High Street Heritage Action Zone.

The cinema will be integrated into this mixed-use scheme that will include food and beverage units and new town centre dwellings. As part of a wider regeneration programme funded by Historic England and the Council, Knowsley Metropolitan Borough Council is keen to respect the historic and architectural values of the building while also bringing it up to date for modern audiences.

In Prescot, the £3.1 million heritage-led regeneration scheme will see major investment from Knowsley Council and Historic England into a number of key projects. This includes the repair, restoration and conversion of Prescot’s first cinema, the transformation of a Grade II Listed townhouse (formerly Prescot Museum) into a ‘makerspace’ for new and small businesses in creative, arts and digital sectors. In addition the funding will be used to provide grants to restore other historic buildings, transform disused land in the town centre and engage with the local community in the run up to Knowsley’s year as the Liverpool City Region Borough of Culture in 2022.

About The Big Picture Cinema Consultants
A cinema provides important cultural and economic benefits, bringing jobs and vitality to towns and cities. As a destination for people to come together and be inspired, it is a catalyst for regeneration. As strategic advisors to the cinema, leisure, property and investment markets, we look at the bigger picture. Our experience in placemaking and leisure means the impact of a cinema is felt by surrounding communities and businesses, reaching far beyond its immediate location.

Recent posts by
The Big Picture