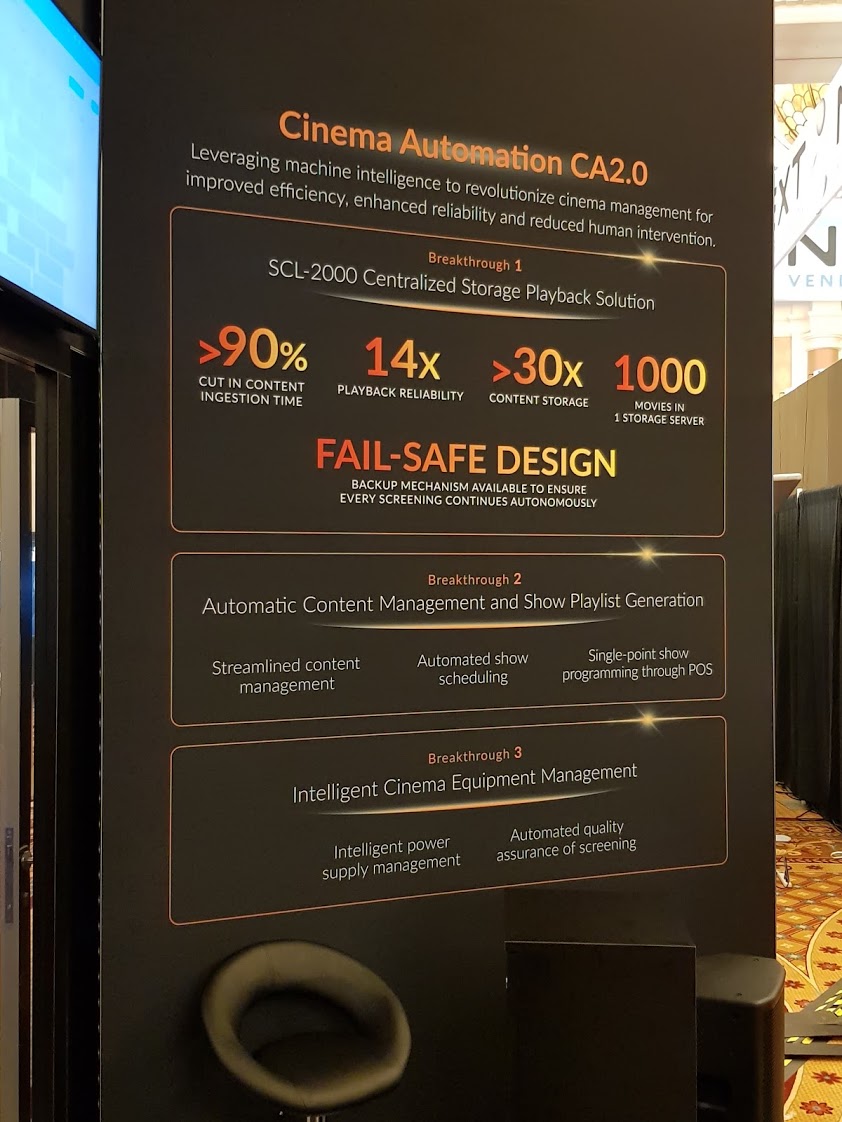 GDC Technology Limited, a leading global provider of digital cinema solutions, announced today China Film Cinema Da Guang Road in Nanjing, has become the first cinema in China to operate the projection booth with no human intervention by using its Cinema Automation 2.0 (CA2.0), which is designed to fully automated workflow.  The multiplex has been running for three months with zero incident reported, providing significant increase in operation efficiency.  The daily operation of the 7-plex is taking full advantage of the key features of CA2.0, including a centralized server to live-stream selected DCP (from a library of hundreds of titles) to each and every auditorium, automatic-rendering of show playlists (that include pre-show screen advertisements and movie trailers), intelligent management of power supplies and screening quality.

Reshaping the future of cinema

First deployed in June 2017 in Asia, CA2.0 has continually increased efficiency and quality while significantly reduces operating cost. The automated solution supports the ubiquitous SX-3000 and SX-4000 IMB and the new 6th generation SR-1000 IMB with built-in CineCache™.  In addition, CA2.0 has the capability of storing up to 1,000 movies, offering near-unlimited show schedule programming options.  CA2.0 has already been deployed and proven with 20 multiplexes with SR-1000, SX-3000 and SX-4000 IMB in China, Hong Kong, India, Malaysia, Singapore and US.