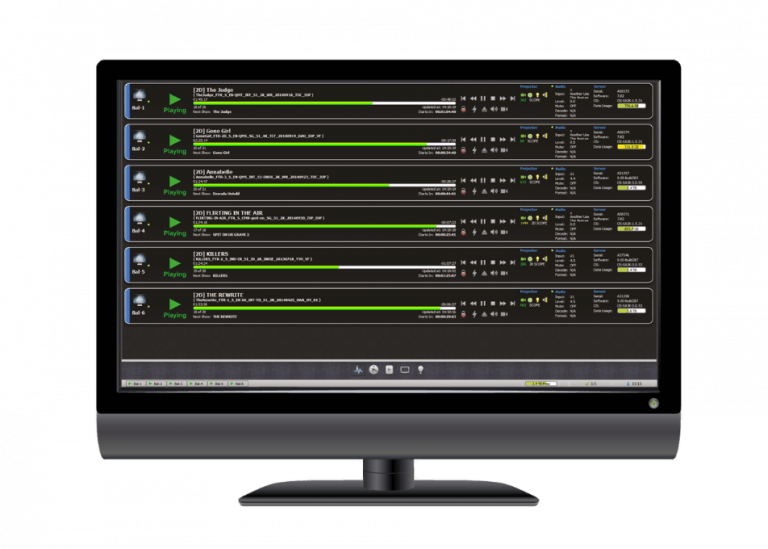 GDC Technology Limited (‘GDC’), a leading global provider of digital cinema solutions, is pleased to announce its Brazil office has signed an agreement with Cinesystem Cinemas, the fourth largest movie theatre company in Brazil, to replace their current Theatre Management System (TMS) with GDC’s TMS-2000. The installation will involve 26 cinema locations, comprising of 160 screens in Brazil, and scheduled to be completed by the end of February.

“Attracting a renowned brand such as Cinesystem Cinemas truly reflects the strength of GDC’s reputation of high-quality cinema products and the efficiency of its TMS-2000,” said Rodolfo Domingues, general manager, GDC Digital Cinema Network (Brasil) Ltda. “We are delighted to strengthen our supply relationship with Cinesystem with our TMS solution. The Brazil market is a key for GDC and Cinesystem’s adoption of our technology is a source of great pride to us.”

Ricardo Rossini, director operational for Cinesystem Cinemas noted, “We are very pleased to be working with GDC Digital Cinema Network Brazil. Our staff have found their TMS-2000 to be easy to use and of great benefits at an operational level. The installation of GDC’s TMS at all the locations provides them with technology ahead of its time, solving operational issues with automation designed for today’s and tomorrow’s digital cinema world.”

Key features and benefits of TMS-2000:

To learn more about GDC TMS- 2000, visit GDC’s website or contact the GDC team today at marketing@gdc-tech.com about how your cinema could open its doors to more efficient theatre operations.

About Cinesystem Cinemas
Cinesystem Cinemas is the fourth largest movie company in Brazil in terms of number of movie theaters. Founded in 2003, Cinesystem currently has 160 movie theaters in 26 complexes located in 10 Brazilian states: Pará, Maranhão, Pernambuco, Alagoas, Espírito Santo, Rio de Janeiro, São Paulo, Paraná, Santa Catarina and Rio Grande do Sul. the company’s differentials, it is possible to highlight the self-service system, which allows customers to buy tickets and products more quickly and independently. The VIP space also offers differentiated service and movie theaters combining high technology and extra comfort, in addition to a VIP bomboniere with an exclusive menu. A pioneer, the company launched the first 100% digital complex in the country and also offers giant screens in exclusive Cinépic rooms. In addition, Cinesystem Cinemas is constantly investing in state-of-the-art sound and projection equipment, such as the Dolby Atmos sound system, in addition to digital projection technology with 4K and HFR, which displays up to 60 frames per second. It was the first company to have a 100% laser projection complex in Latin America, opening its complex in Shopping Morumbi Town in São Paulo in January 2017.