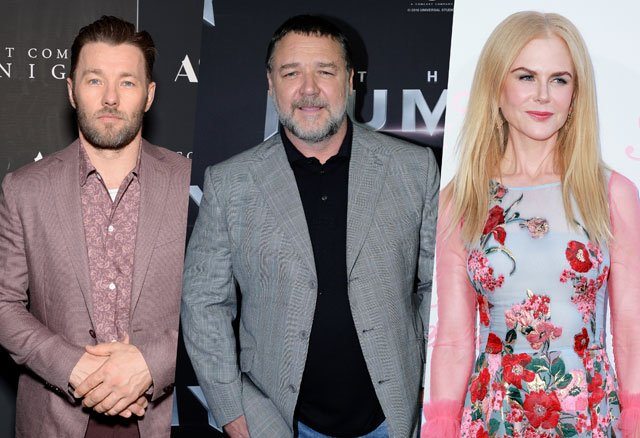 Focus Features has acquired worldwide rights to “Boy Erased,” the coming-of-age and coming-out drama from writer/director Joel Edgerton based on “Boy Erased: A Memoir of Identity, Faith, and Family” by Garrard Conley. Academy Award nominee Lucas Hedges (“Manchester by the Sea”) will star opposite Academy Award winners Russell Crowe and Nicole Kidman. The movie will be produced by Anonymous Content and will begin production this fall for a 2018 theatrical release. Focus chairman Peter Kujawski made the announcement today.

The film will tell the story of Jared (to be portrayed by Mr. Hedges), the son of a Baptist pastor in a small American town, who is outed to his parents (Ms. Kidman and Mr. Crowe) at age 19. Jared is quickly pressured into attending a gay conversion therapy program – or else be shunned by his family, friends, and church. It is within the program that Jared comes into conflict with its head therapist (Mr. Edgerton).

“I’m excited to work with an ensemble of actors, seasoned and new, to bring Garrard’s story to the screen. I think Focus is the perfect partner on this, and I will always thank Garrard for trusting my passion for his life story. I can’t think of a better reason to get behind the camera again,” said Mr. Edgerton.

Mr. Conley’s book was first published last year by Penguin Random House, and was issued earlier this year in paperback. Mr. Edgerton has written the screenplay adaptation; “Boy Erased” will be his second feature as director following the sleeper hit “The Gift” (also produced by Ms. Yeldham), which earned him a Directors Guild of America Award nomination. He was recently a Golden Globe and Critics’ Choice Award nominee for his performance in Focus’ “Loving.”

Focus Features was honored in 2012 by Point Foundation, the nation’s largest scholarship-granting organization for lesbian, gay, bisexual and transgender (LGBT) students of merit, with its Point Inspiration Award, given to a company or organization that champions respect and inclusion of the LGBT community and operates with the vision that investing in today’s potential will produce a brighter tomorrow.

Mr. Kujawski commented, “Garrard’s story is both timely and timeless, both personal and universal. It is a story which will not only deeply move people, but one that we hope will change outlooks. We are thrilled to work once again with Joel, and with the Anonymous Content team. These filmmakers’ passion for this heart-rending project speaks to all of us at Focus, and to why we make the movies we do.”

About Anonymous Content
Founded in 1999 by CEO Steve Golin, Anonymous Content is a leading management and Film, TV, and Commercial production company. Anonymous Content manages the careers of many of the world’s most renowned and innovative directors, writers, actors, and comedians, working closely with them to achieve their goals by both creating and finding opportunities for them, whether in feature films, television, commercials, music videos, or brand integrated content.