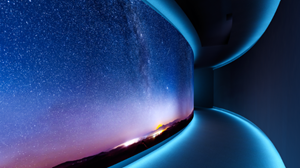 Dolby Laboratories, Inc. and Wanying Cinema Line (Shenzhen) Company Limited, the high-end cinema exhibitor wholly owned by China Resources Land Limited with the brand MIXCINE, today announced a partnership to extend the spectacular Dolby Cinema experience to more moviegoers in China. With the partnership, the first location is expected to be open at Wanying’s flagship site in Shenzhen with more locations to come in Southeast China in the following two years.

“Since we opened our first site in China two years ago, we have witnessed moviegoers’ growing passion for the dramatic and immersive Dolby Cinema experience,” said Doug Darrow, Senior Vice President, Cinema Business Group, Dolby Laboratories. “The partnership with Wanying Cinema Line will allow us to bring the highly acclaimed Dolby Cinema experience to even more cities across China.”

“It is our goal to offer the best-in-class moviegoing experience to our patrons, and total premium cinema experience offered by Dolby Cinema is exactly what we need to achieve that goal,” said Hua Chen, General Manager, Wanying Cinema Line. “We are confident the unforgettable Dolby Cinema experience will attract our patrons to come back again and again and find themselves fully immersed in the world of the movie.”

As Dolby’s most advanced cinema offering, Dolby Cinema enables richer and more action-packed storytelling through Dolby Vision and Dolby Atmos. The combination of Dolby technologies with the design and comfort of the Dolby Cinema makes audiences feel closer to the onscreen action than ever before.

The Dolby Vision laser projection system, which uses state-of-the-art optics and image processing, delivers high dynamic range with enhanced color technology and a contrast ratio that far exceeds that of any other laser image technology on the market today. The result is a dramatically different viewing experience that presents strikingly vivid and realistic images, making viewers feel like they are inside the movie’s world. The Dolby Atmos immersive audio technology moves sound around the audience, placing the movie-goers deeper inside the film’s setting and creating a powerfully moving experience.

About Wanying Cinema Line and the MIXCINE
Wanying Cinema Line (Shenzhen) Co., Ltd. was established in February, 2018. It is wholly owned by China Resources Land, a leading commercial real estate company in China. It specializes in cinema investment and other businesses, and establishes the self-operated cinema brand the “MIXCINE”.

The MIXCINE is a domestic high-end film center invested, constructed and operated by Wanying Cinema Line. With the “Efficient Use of Optics and Acoustics” as the core element of the building, and “All for the film-watching service” as the main service principle, it will create a high-end movie theater with excellent experience for film fans.

Dolby, Dolby Atmos, Dolby Audio, Dolby Cinema, Dolby Vision, Dolby Voice, and the double-D symbol are among the registered and unregistered trademarks of Dolby Laboratories, Inc. in the Unites States and/or other countries. Other trademarks remain the property of their respective owners. DLB-G