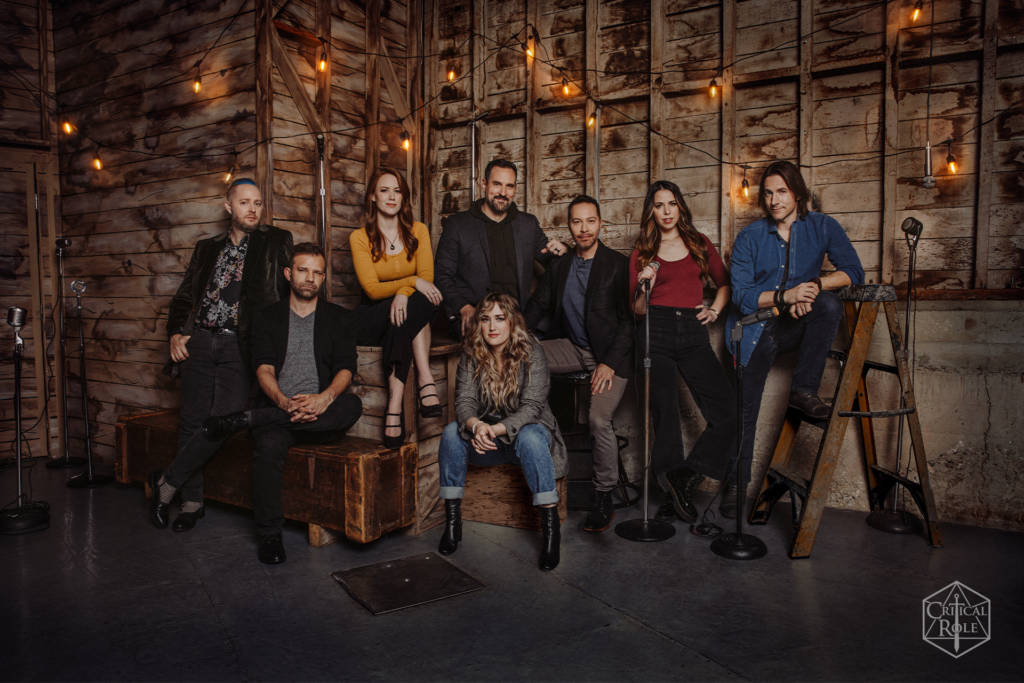 Today, Critical Role, a leader in storytelling and world-building, officially announced their flagship show’s seven-year anniversary will be celebrated on March 17, 2022 at 7PM Pacific. In addition to the livestream on Twitch and YouTube, Critical Role has partnered with leading movie theater chains Cinemark, Landmark Theatres, and Cinépolis to simulcast the LIVE showing of Campaign 3, episode 17 in 55 theaters nationwide, plus three international screenings in Brazil in collaboration with Cinemark.

“Following the massive response from our third campaign’s theatrical premiere, we knew we wanted to bring our show back to the big screen where people can gather safely and enjoy the experience collectively,” said Travis Willingham, Critical Role’s CEO. “We’re working with some incredible theatrical partners to help celebrate our seven-year anniversary, which is still mind-boggling to say!”

“Cinemark is thrilled to once again welcome Critters to our immersive auditoriums and help Critical Role celebrate their seven-year anniversary in a larger-than-life way,” said Justin McDaniel, Cinemark SVP of Global Content Strategy. “Fans showed up in droves for our premiere event with Campaign 3, and we look forward to bringing the shared experience to more of our theatres across the U.S. and to host the inaugural big-screen viewing in Brazil.”

About Critical Role
Critical Role is one of the fastest growing independent media companies in the world, starting as a roleplaying game between friends and evolving into a new kind of organization dedicated to storytelling, community and imagination. As Critical Role continues to expand the unique universe it has created, with complex stories set in an ever-evolving world, it also continues to create more ways for fans to experience the brand, including both fiction and nonfiction books on the New York Times Best Sellers list, comic books, graphic novels, collectibles, tabletop and roleplaying games, podcasts, live events, and a highly-anticipated animated series, The Legend of Vox Machina, currently airing exclusively on Amazon Prime Video. Additionally, Critical Role has launched two major initiatives: an official 501(c)(3) non-profit, the Critical Role Foundation (CRF), and a tabletop game publishing company, Darrington Press. With an original cast of award-winning veteran voice actors who are also co-founders of the company, including Matthew Mercer, Ashley Johnson, Marisha Ray, Taliesin Jaffe, Travis Willingham, Sam Riegel, Laura Bailey and Liam O’Brien, Critical Role is committed to ensuring anyone can discover its stories, characters and community. For more information on Critical Role go to www.critrole.com.

About Cinemark Holdings Inc.
Headquartered in Plano, TX, Cinemark (NYSE: CNK) is one of the largest and most influential movie theatre companies in the world. Cinemark’s circuit, comprised of various brands that also include Century, Tinseltown and Rave, operates more than 500 theatres with nearly 6,000 screens in 42 states domestically and 15 countries throughout South and Central America. Cinemark consistently provides an extraordinary guest experience from the initial ticket purchase to the closing credits, including Movie Club, the first U.S. exhibitor-launched subscription program; the highest Luxury Lounger recliner seat penetration among the major players; XD – the No. 1 exhibitor-brand premium large format; and expansive food and beverage options to further enhance the moviegoing experience. For more information go tohttps://investors.cinemark.com/

About Landmark Theatres
Landmark Theatres is a recognized leader in the industry for providing its customers consistently diverse and entertaining film products in a sophisticated adult-oriented atmosphere. Our theatres showcase a wide variety of films — ranging from independent and foreign film to 3-D movies and smart films from Hollywood. Landmark Theatres is the nation’s largest theatre chain dedicated to exhibiting and marketing independent film and presenting them with state-of-the-art projection and sound. Since its founding in 1974, Landmark has grown to 36 theatres, 179 screens in 23 markets. Landmark is known for both its award-winning historic theatres, such as the Tivoli in St. Louis and the Inwood in Dallas, and its more contemporary theatres, including our flagship theatre, The Landmark in Los Angeles, E Street Cinema in Washington, DC, and The Landmark Theatre Greenwood Village in Denver’s Tech Center. With our many avant-garde films, Landmark is at the forefront of independent exhibition. Innovative Screening Lounges can be found in our Berkeley, Dallas and Los Angeles theatres which includes a comfortable, unique seating experience featuring couches and love seats. In honor of Earth Day 2010, Landmark Theatres launched new EcoSelect popcorn bags in all of its theatres across the country. Landmark Theatres was added to the Cohen Media Group in 2018. Formed in 2008 by Charles S. Cohen, an executive producer of the Academy Award-nominated Frozen River, the Cohen Media Group (CMG) is an independent theatrical exhibition, distribution and production company with over eight Academy Award nominations and a Best Foreign Language film win for “The Salesman”. CMG releases the world’s best in contemporary and classic cinema.

About Cinépolis Luxury Cinemas
Cinépolis Luxury Cinemas is a leading world-class cinema exhibitor in the United States that offers guests more than a movie. The Dallas-based theater chain opened its first luxury dine-in theater in Del Mar, CA in July 2011 and has some of the top performing dine-in movie theaters in the country, currently operating a total of 26 theaters with a presence in Southern California, Florida, New York, New Jersey, Connecticut, Texas, Ohio and Maryland. Its parent company, Cinépolis, was founded in Mexico in 1971 and today has positioned itself as the world’s second largest movie theater circuit in terms of attendance. For more information about Cinépolis Luxury Cinemas, please visit cinepolisusa.com.