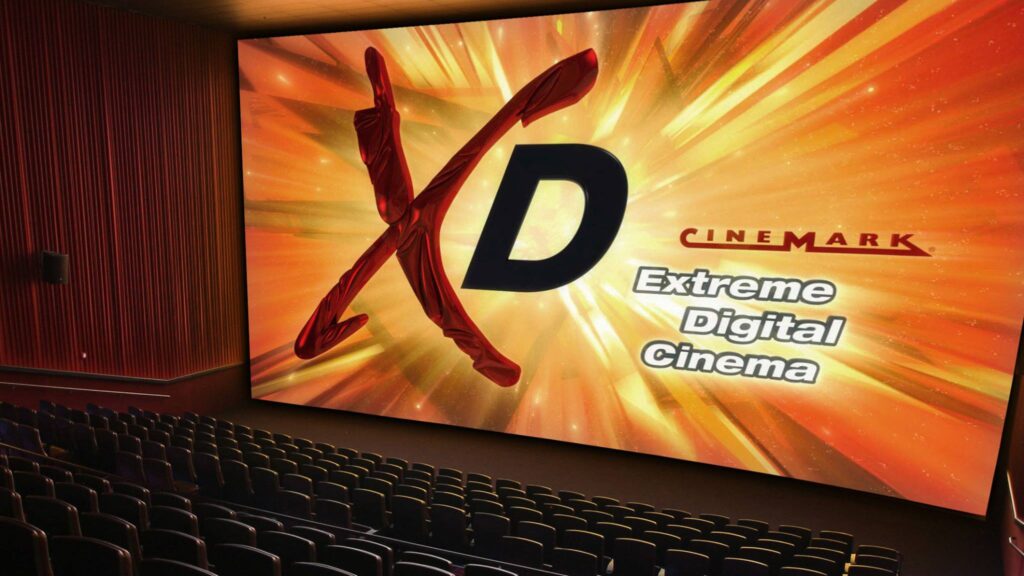 Movies are made to be experienced in the world’s No. 1 Exhibitor-Branded Premium Large Format, Cinemark XD.

Cinemark Holdings, Inc., one of the world’s largest and most influential movie theatre companies, recently launched a multi-platform campaign highlighting Cinemark XD, the company’s premium large format, during a time when moviegoers are seeking out the most immersive environment possible to see this year’s newest films. The campaign will run throughout the coming months in theatres, as well as across paid and owned digital channels, showcasing the exceptionally elevated experience of an XD auditorium. The exhibitor continues to expand its XD screen count across its global circuit to align with increasing consumer demand and further enhance the compelling content coming to theatres in 2022 and beyond. Learn more about Cinemark XD at Cinemark.com/xd.

“There is no better way to experience the thrilling films coming to theatres than in a Cinemark XD auditorium, which provides a full multi-sensory immersion into the on-screen action with more than 35 trillion colors on a wall-to-wall screen and 11.1 layers of booming surround sound,” said Wanda Gierhart Fearing, Cinemark Chief Marketing and Content Officer. “At a time when film fans are seeking the most immersive out-of-home entertainment experience possible for Hollywood’s highly anticipated new big-screen stories, we are engaging moviegoers across multiple channels to showcase how cinematic a film can be in an XD auditorium.”

Consumers are craving premium experiences more than ever, as demonstrated by our Premium Large Format ticket sales outperforming pre-COVID levels. Cinemark XD screens consistently over-index, representing 15 percent of the company’s first quarter 2022 box office while accounting for less than 5 percent of Cinemark’s domestic screens. This meaningful contribution is an increase over pre-pandemic performance, which was closer to 10 percent. Cinemark XD has further elevated this summer’s blockbusters and has accounted for a meaningful portion of Cinemark’s box office for this year’s newest films, Top Gun: Maverick and Jurassic World Dominion.

Each Cinemark XD auditorium boasts a massive wall-to-wall screen, crystal clear projection with more than 35 trillion colors and 11.1 multi-channel surround sound. Movies were made for this – to be seen with brighter colors, deeper sound and a bigger picture. Cinemark XD auditoriums showcase everything a film can be, delivering a richer experience and making the audience feel like they are a part of the on-screen action.

The compelling creative of the new campaign, built through collaboration between Cinemark’s internal creative team and Imaginary Forces design and creative agency, illustrates the technological superiority of XD by taking viewers on a journey through a series of evocative worlds, all brought to life with breathtaking sights and sounds. When viewing the campaign on social media, consumers are shown exactly what they are missing out on – an XD screen is 17,000-times larger than the average phone, with 50,000 more watts of sound. A mobile device simply cannot showcase the dazzling audio and visual details that come together in a film. Movies are created to be fully experienced in the most immersive environment possible.

Investment in Cinemark XD is just one component of the company’s commitment to providing moviegoers with exceptional entertainment experiences, alongside preferred amenities such as Luxury Lounger recliners, expanded concessions offerings, easy food and beverage ordering through Snacks in a Tap, and the best service in the industry. In addition, Cinemark is rolling out laser projectors powered by Cinionic across its entire footprint, delivering consistently bright, colorful and sharp images for each film that hits the big screen.

Headquartered in Plano, TX, Cinemark (NYSE: CNK) is one of the largest and most influential movie theatre companies in the world. Cinemark’s circuit, comprised of various brands that also include Century, Tinseltown and Rave, operates 522 theatres (321 U.S., 201 South and Central America) with 5,868 screens (4,408 U.S., 1,460 South and Central America) in 42 states domestically and 15 countries throughout South and Central America. Cinemark consistently provides an extraordinary guest experience from the initial ticket purchase to the closing credits, including Movie Club, the industry-leading exhibitor-launched subscription program and the first to reach the one-million-member milestone; the highest Luxury Lounger recliner seat penetration among the major players; XD – the No. 1 exhibitor-brand premium large format; and expansive food and beverage options to further enhance the moviegoing experience. For more information go to https://investors.cinemark.com/