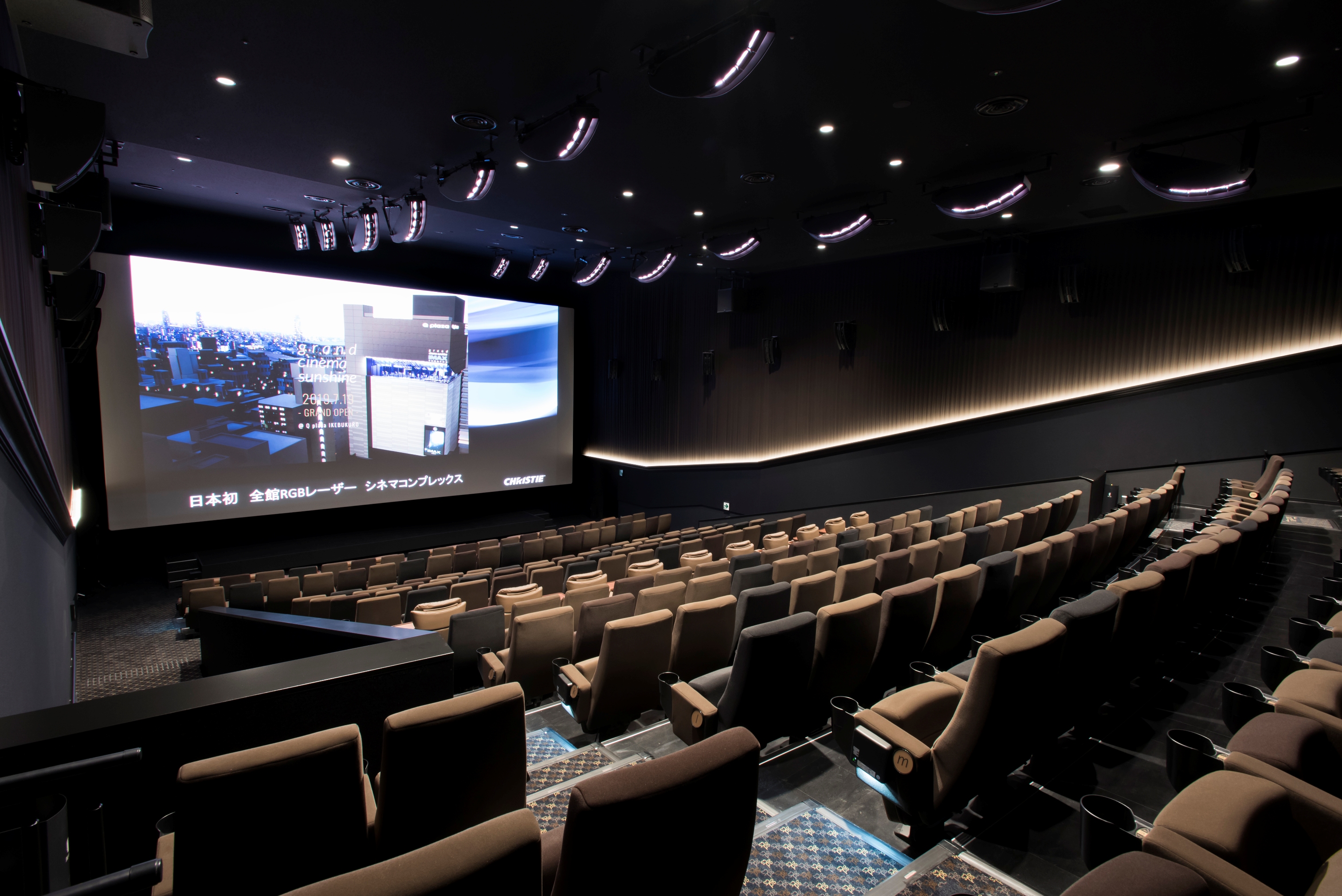 Known as Grand Cinema Sunshine, the luxuriously furnished multiplex located in the commercial and entertainment district of Ikebukuro is the first in Japan to have all 12 auditoriums equipped with RGB pure laser projection systems. Christie’s RGB pure laser systems comprising the CP4330-RGB, CP2320-RGB, and CP2315-RGB cinema projectors are fitted in 11 auditoriums. These state-of-the-art systems deliver astounding visuals in 4K and 2K resolution, and offer greatly improved color and contrast for audiences.

“We are committed to provide the latest, most innovative technologies, and it’s the reason we selected Christie’s state-of-the-art RGB pure laser cinema projectors and Vive Audio for our newest flagship cinema complex in Ikebukuro,” said Takehiko Sasaki, Senior Managing Director, Cinema Sunshine. “As a long-time user of Christie’s cinema solutions, we are confident that our latest investment will deliver an unmatched movie experience for our audiences.”

Since their official launch, Christie’s RGB pure laser projectors, based on the Christie RealLaser illumination platform, have been embraced by exhibitors around the world as the best replacements for lamp-based projection systems and new installations. In Asia, major cinema chains in China, Taiwan, Australia, Thailand, Indonesia and the Philippines have deployed these systems in their mainstream auditoriums.

About Cinema Sunshine
Cinema Sunshine is a Japanese cinema chain with 116 cinema screens and 18,958 seats around the country. In 1985, the opening of its flagship cinema complex in Tokyo’s Ikebukuro district marked the beginning of Cinema Sunshine’s expansion throughout Japan. Under the “Community-based Cinema” concept, it aims to create entertainment spaces to boost the development of surrounding areas and to improve cinematic culture. Cinema Sunshine will continue to expand its footprint in Japan and maintain its focus on the deployment of world-leading technologies to create the best cinema experience with excellent added value to retain and expand its customer base. For more information, visit www.cinemasunshine.co.jp.