Christie’s Jack Kline inducted into the ShowEast Hall of Fame 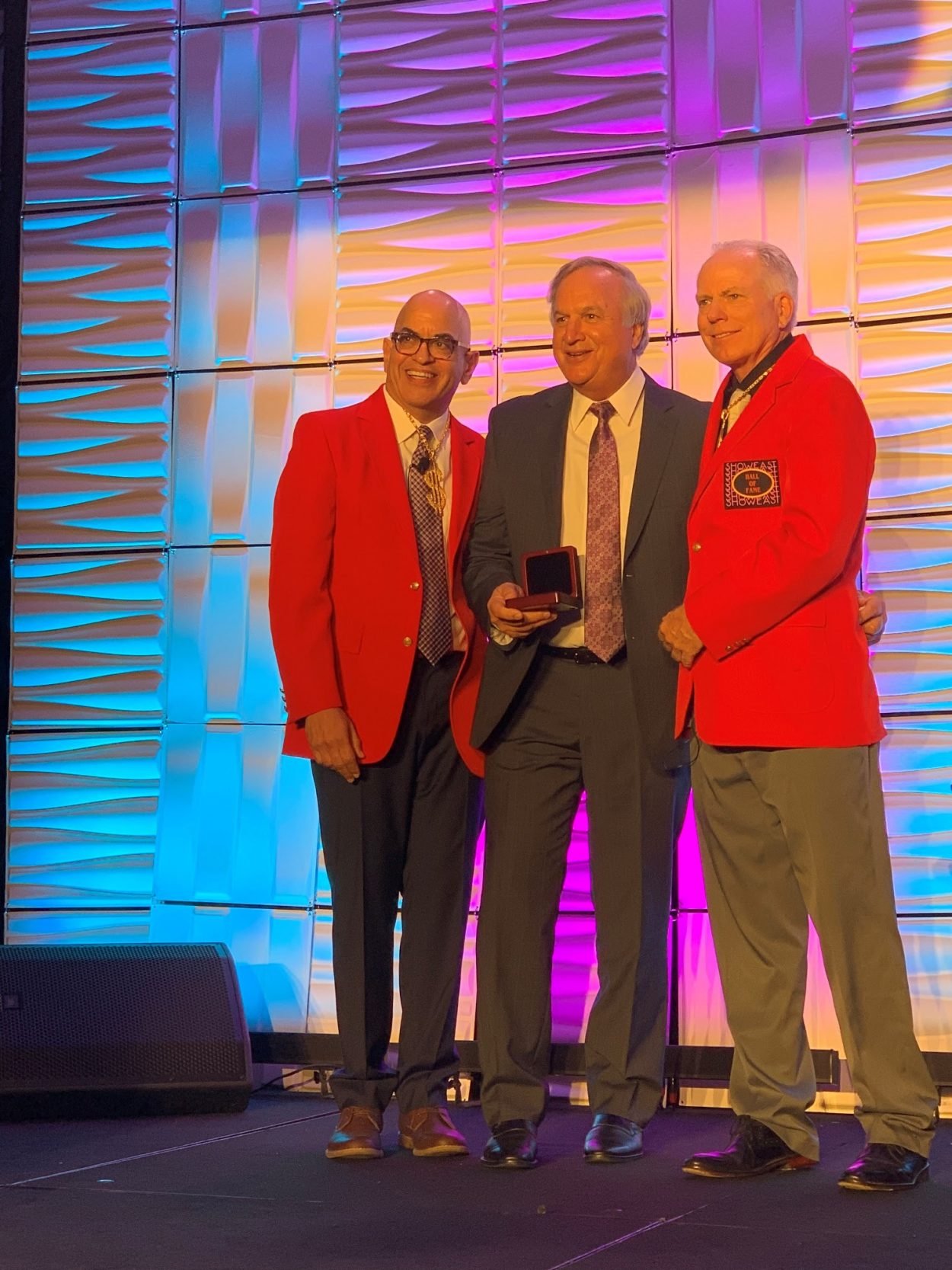 Jack Kline, current advisor and former Chairman, President and CEO of Christie, today, was inducted into the annual ShowEast Hall of Fame. An honor which pays tribute to a select band of film industry veterans, the inductees are hand-picked by an all-industry executive committee. Kline’s induction ceremony took place at a special gala luncheon held on October 17, the final day of ShowEast 2019.

ShowEast began its “Hall of Fame” in 1999 with the aim of recognizing individuals who have served the motion picture industry with great distinction. The list of inductees includes those from exhibition, distribution as well as the equipment and concession business. The ShowEast executive committee takes nominations yearly and then invites those selected to join each year at the convention. Upon reflection, Robert Sunshine, of Film Expo Group, said this about Jack, “It is a great honor to induct my good friend Jack Kline into the hall of fame. Jack has been a leader at Christie and in the industry for many years. He is a respected statesman and voice in the industry and has been an inspiration to many people. Jack is certainly a major addition to the hall of fame.”

This honor is the latest in a career filled with outstanding achievements. Jack was most recently recognized by the Variety Childrens’ Charity of Northern California for his long history of involvement with charities and commitment to good causes.

Kline’s involvement in the film industry spans over 40 years and is noteworthy for his pioneering work in the adoption of digital projection in movie theaters. During the shift from film to digital, he successfully formed strategic partnerships with major Hollywood studios, exhibitors, projector manufacturers, and technology providers to advance the installation of digital cinema. He then played a critical role in developing the Virtual Print Fee (VPF) financial solution and the Christie/AIX deployment program that introduced thousands of cutting-edge digital cinema projectors into the marketplace.

The program’s success played a key role in sparking the adoption of digital ?cinema projectors and launching a revolution in entertainment worldwide. In recognition of his accomplishments, he was presented with the ‘Ken Mason Inter-Society Award’ at CinemaCon in 2014.

About ShowEast
ShowEast takes place October 14-17, 2019, at the Fontainebleau Miami Beach in Miami, Florida. The convention will attract an estimated 1,300 domestic and Latin American motion picture industry professionals and will feature product presentations and screenings of major upcoming films, exclusive sponsored events, exciting and informative seminars, and the ShowEast EXPO.