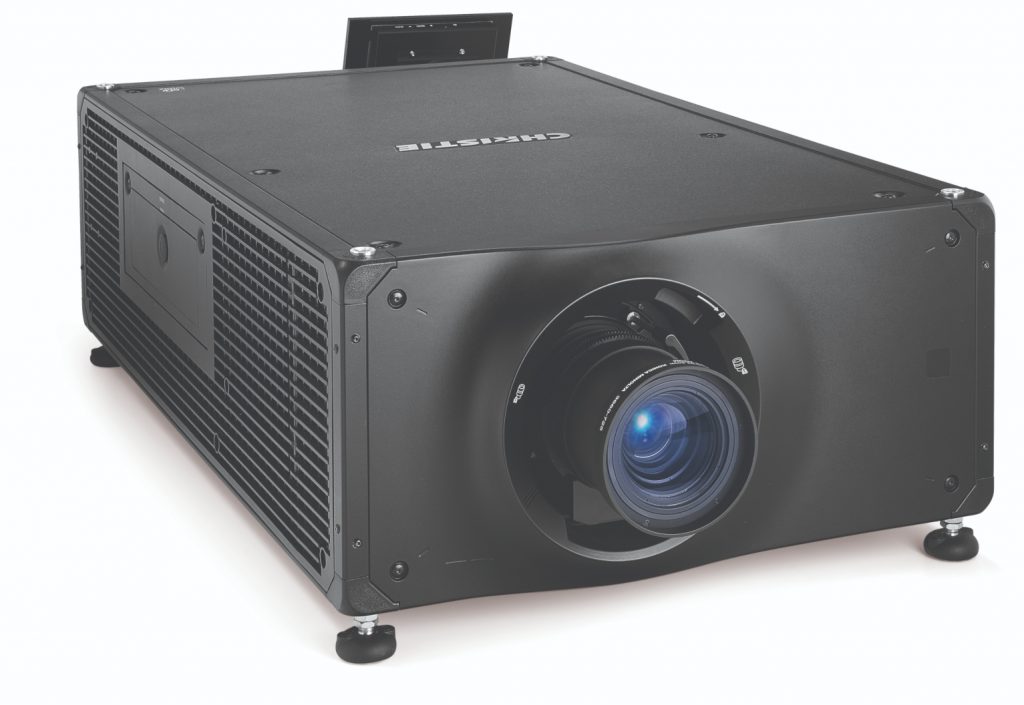 The Costa Rican cinema chain CCM Cinemas has opened the country’s first movie theatre equipped with a RGB pure laser projector. The cinema, located at Plaza Occidente multiplex in San Ramón, the country’s second largest city, has installed a Christie CP2315-RGB projector, as well as Christie Vive Audio speakers and Dolby Atmos. The installation was carried out by the systems integrating company Vidicom.

First opened in 2004 with three screens, the Plaza Occidente multiplex has added this fourth theatre, known as Alpha 360, which seats 140.

“With the proliferation of streaming platforms, Multicines Plaza Occidente was looking to reinvent itself and offer a unique experience that is impossible for customers to get at home on their conventional audiovisual systems,” explained Guido Vázquez Badilla, president of CCM Plaza Occidente.

Vázquez Badilla said: “That’s why we decided to add this premium theatre to provide our local audience with a refined and extremely comfortable new cinema-going experience thanks to the leading-edge cinema technology.”

The theatre has a Harkness Clarus XC 1.7 screen measuring 10.6 x 5.72 metres (34.7 ft by 18.76 ft) and is equipped for 3D with the X-Mirror system from GXM Inc. It also comes with stadium comfort seating designed with architecture that optimizes the very best cinema experience for its customers.

“For projection, we were looking to introduce third generation digital cinema projectors, and more specifically, Christie RealLaser RGB technology, due to its spectacular contrast and colour to convey a highly realistic experience,” Vázquez Badilla pointed out.

The Christie CP2315-RGB projector provides 13,500 lumens and 2K resolution based on Christie RealLaser illumination technology, which guarantees excellent image quality and brightness that far exceeds DCI standards throughout the projector’s natural life. For the sound, the theatre chose Christie Vive Audio line array (LA) speakers in combination with the Dolby Atmos format. Vázquez Badilla explained, “These speakers, are a first in Costa Rica and are the perfect complement to create a 360-degree sound experience with great precision, balance, definition and comfort.”

The other three screens at Multicines Plaza Occidente have Christie Xenon projectors which were installed in 2013.

Juan Carlos Cotua Fiorentini, director general of Vidicom, concluded: “With this project we were looking to innovate in design and technology with a view to offering audiences a differentiated, high-profile and extremely comfortable cinema-going experience. For the Costa Rican cinema exhibition industry, this theatre represents a rebirth that will keep our film theatres up-to-date technologically speaking to compete with streaming, which is increasingly attracting more and more users.”

CCM Cinemas is a 100% Costa Rican company founded in 1967, and a pioneer in the country’s cinema industry. Currently, it has 17 film theatres in various cities around the country.