Can You Spot IT? Balloons Pop Up Around the Country to Celebrate the Arrival of IT Chapter Two in IMAX® at Cineworld 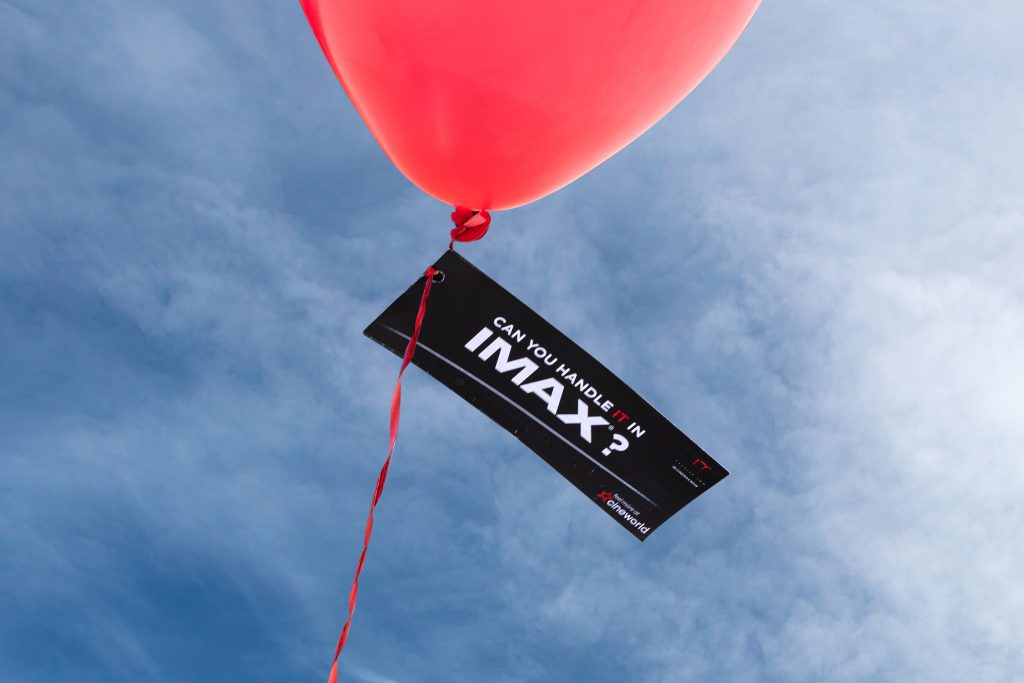 This weekend, one of the biggest clowns in horror history is about to get even bigger, as the infamous Pennywise crawls onto IMAX® at Cineworld cinemas with the release of IT CHAPTER TWO. Think you can handle experiencing the drain-dwelling terrifying clown in IMAX? With crystal-clear images, a floor to ceiling, wall to wall screen and a powerful sound system, Pennywise will be bigger, clearer and scarier than ever before, leaving you on the edge of your seats as the Losers’ Club battles to defeat it once and for all.

To celebrate the highly anticipated release of IT CHAPTER TWO in IMAX, Cineworld has planted hundreds of the infamous red balloons around the country, and if you catch one, you will also win a ticket to see Pennywise larger than life, in IMAX. On Friday and Saturday, a total of 440 balloons will be tied up around IMAX at Cineworld cinemas across UK and Ireland, so be sure to find them quickly before they disappear down the drain.

And to prove that bigger really is better when it comes to horror, Cineworld has inflated a giant red balloon above its Leeds Cinema, so there’s no escape from the nation’s most-feared clown this weekend. Can you spot IT before it floats away?

If you don’t manage to catch a balloon, there is still a chance to get involved in the IT celebrations, with free collectable IT CHAPTER TWO IMAX mini posters given away to anyone who buys tickets to see IT CHAPTER TWO in IMAX at their local Cineworld on Friday 6 September or Saturday 7 September.