“BTS: Yet to Come” in Cinemas Tickets on Sale Now 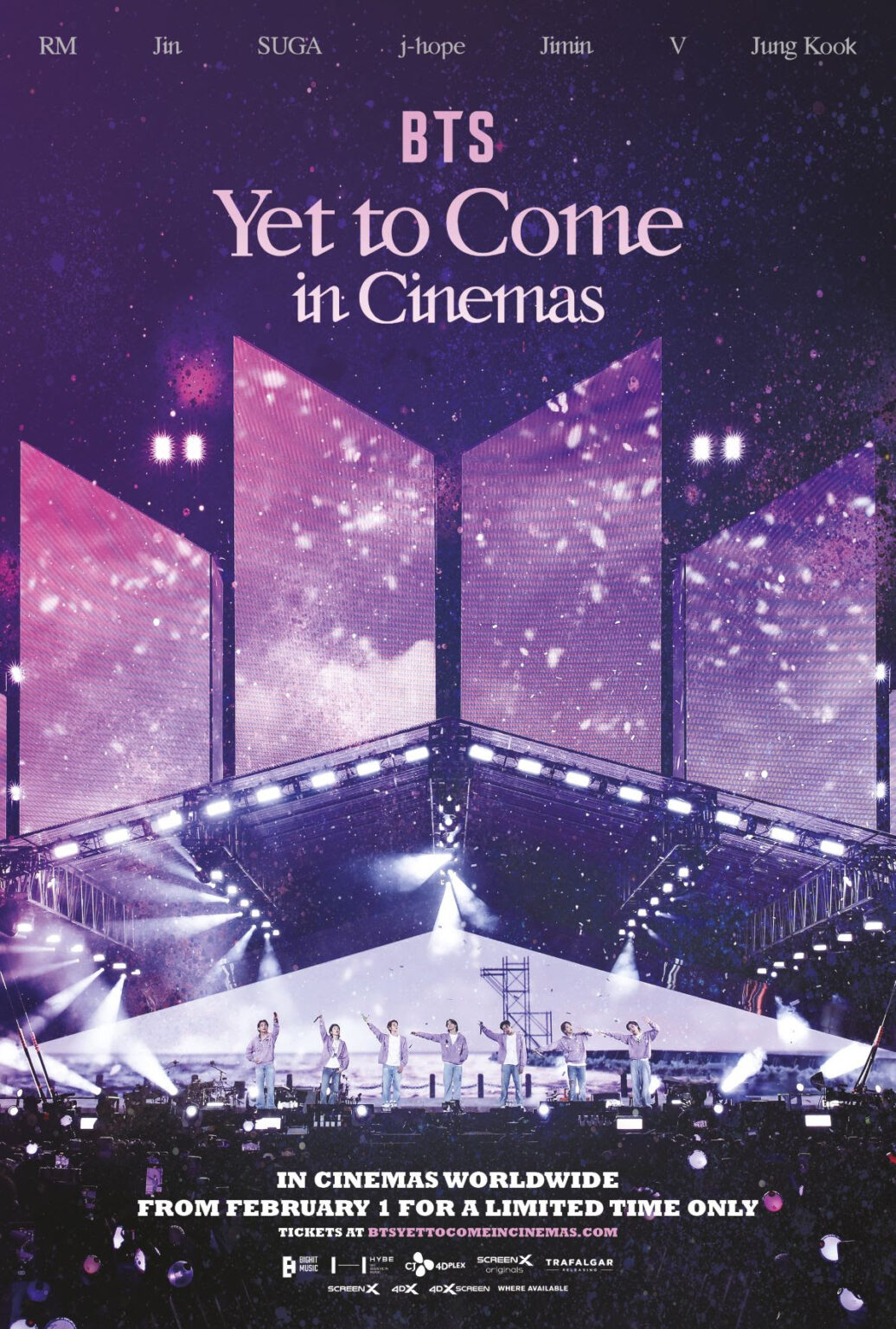 In February 2023, experience BTS’ latest concert “BTS in BUSAN” in cinemas worldwide with “BTS: Yet To Come in Cinemas”. This special cinematic cut, re-edited and remixed for the big screen, features new close-up angles and a whole new view of the entire concert. Recorded in front of a massive sold-out crowd in Busan, South Korea, in October, cinema audiences will watch the group perform career-spanning hit songs, including “Dynamite,” “Butter,” and “IDOL,” plus the first concert performance of “Run BTS” from the group’s latest album Proof.

View a shout out from the group here.

What:
Tickets are on sale now for “BTS: Yet To Come in Cinemas” at www.btsyettocomeincinemas.com.

Where:
“BTS: Yet To Come in Cinemas” will be shown in movie theaters across 110+ countries/territories. Visit www.btsyettocomeincinemas.com for the most up-to-date information about participating theaters globally.

When:
“BTS: Yet To Come in Cinemas” will be presented for a limited time from Wed. Feb. 1. Showings on Sat. Feb. 4 will be dedicated to “Light Stick Screenings,” where audiences can celebrate using the band’s signature illuminated merchandise.

More:
In addition to standard cinema formatting, BTS: Yet To Come in Cinemas will be released in various special formats, including the immersive 270-degree field of view of ScreenX; 4DX, where the effects reproduce the live atmosphere of the concert; and 4DX Screen, a combination of ScreenX and 4DX.