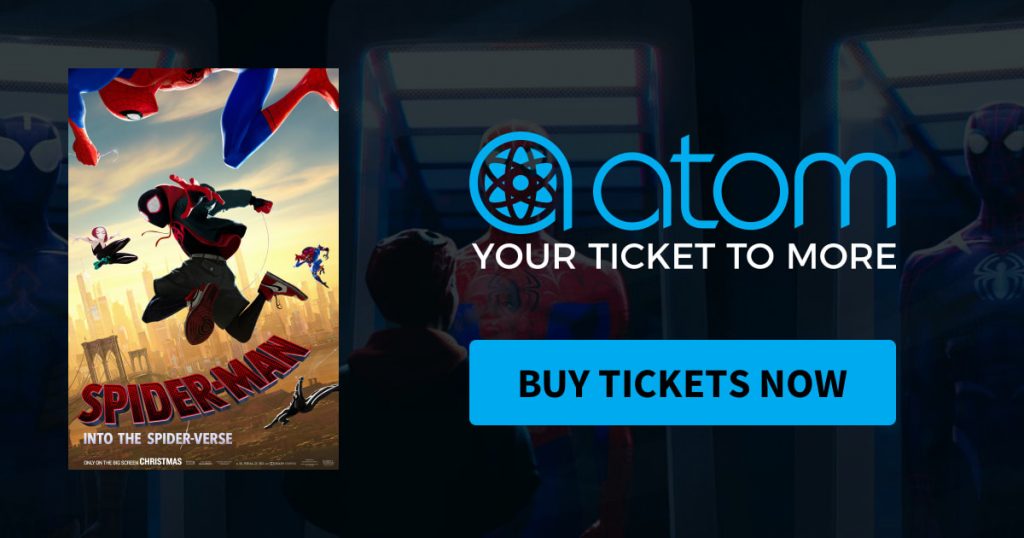 “The recent “Avengers: Endgame” box office success unleashed a summer frenzy that will be further ignited by a strong slate of blockbuster movies fans want to see in theaters. From the action-packed “Spider-Man: Far from Home” to the beloved story of “The Lion King”, fans of all ages will no doubt plan many trips to theaters this summer,” said Amber Tarshis, Head of Marketing, Atom Tickets. “With big movies and crowds, more people are turning to websites and apps to reserve seats at their preferred theater. We believe this summer could be a big tipping point for digital ticketing.”

Below are the top 10 overall most anticipated summer movies:

Most anticipated family summer movies are:

Moviegoers are most excited to see the following actresses in the Summer of 2019:

Fans are most excited to see the following actors in the Summer of 2019:

How Atom Tickets Works
Atom re-imagines the most convenient way for users to plan a night out at the movies. The free app and website provide relevant reviews and movie news with Atom Insider in addition to movie content such as trailers and synopses to help moviegoers make the best decision on what to see. Atom users can also quickly select the “add to my watch list” button to be alerted when tickets go on sale.

Buying movie tickets is simple: select the movie, theater, showtimes and seats. Checking out is even easier with a range of digital payment options including Chase Pay, Amazon Pay, Apple Pay, Google Pay, and Samsung Pay (in addition to accepting all major credit cards). After purchasing tickets, users can invite friends and Atom will share the selected showtime and seats with them in addition to a link that enables them to buy seats next to you. At the theater, users skip the box office lines and go directly to the ticket attendants where they simply scan a QR code on their phone (or Apple Watch) to redeem their order.