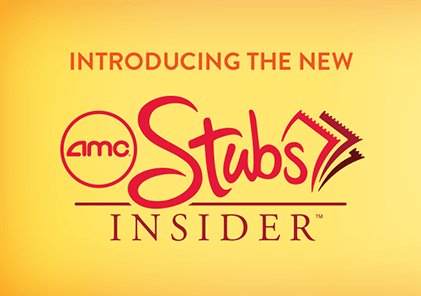 AMC Theatres (NYSE:AMC) (“AMC”) today announced that AMC Stubs, the Company’s loyalty program, has continued its brisk growth and now stands at more than 12 million member households, giving AMC incredible insight into the movie-going histories and habits of more than 30 million moviegoers in the United States.

With its AMC Stubs loyalty program now at more than 12 million members, and the U.S. average of 2.6 people per household, combined with AMC’s best-in-class website and mobile app, AMC’s ability to track movie-going preferences and turn that data into actionable marketing initiatives is better than it’s ever been before.

“The movie industry is more dynamic and complex than ever before, and data providing insights into the movie-going habits and behavior of more than 30 million Americans is of incredible value to both AMC and to our studio partners,” said AMC CEO and President Adam Aron. “Add to that the nearly 7 million members of our loyalty programs in Europe, and it is clear that AMC is building a valuable trove of information that will benefit the industry for years to come. We have every intention of expanding our global base of loyalty customers to 50 million and beyond in the foreseeable future.”

In July of 2016, AMC announced a relaunch of AMC Stubs, to increase the appeal of its paid, premier tier and to add a free tier. At that time, the AMC Stubs membership in the United States sat at approximately 2.5 million households, a membership level that had not changed in approximately three years. During the next year and a half, the household membership level has nearly quintupled in size.

For information about AMC Stubs and to sign up, guests can inquire at their local AMC or at amctheatres.com/amcstubs.

About AMC Entertainment Holdings, Inc.
AMC is the largest movie exhibition company in the U.S., in Europe and throughout the world with approximately 1,000 theatres and 11,000 screens across the globe. AMC has propelled innovation in the exhibition industry by: deploying more plush power-recliner seats; delivering enhanced food and beverage choices; generating greater guest engagement through its loyalty program, web site and smart phone apps; offering premium large format experiences and playing a wide variety of content including the latest Hollywood releases and independent programming. AMC operates among the most productive theatres in the United States’ top markets, having the #1 or #2 market share positions in 22 of the 25 largest metropolitan areas of the United States, including the top three markets (NY, LA, Chicago). Through its Odeon subsidiary AMC operates in 14 European countries and is the #1 theatre chain in Estonia, Finland, Italy, Latvia, Lithuania, Spain, Sweden and UK & Ireland. amctheatres.com