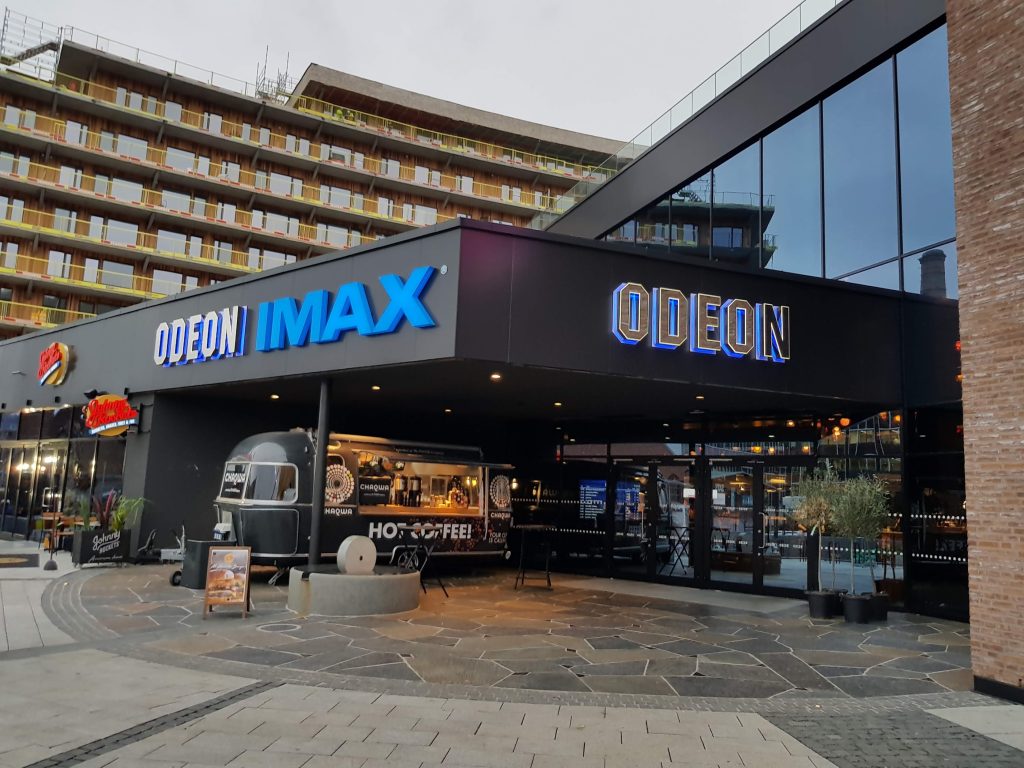 AMC Entertainment Inc., the largest theatrical exhibition company in the United States, Europe, and the world, today announced that Odeon Cinemas, an AMC Company, reopened the first of AMC’s approximately 1,000 cinemas around the world, in Oslo, Norway.

Odeon Cinemas Oslo Storo 14, Sandvika 8 and Lillestrøm 7 are the first three locations within the AMC and Odeon cinemas circuit to reopen. The Company expects to open an additional six locations in Norway over the next two weeks, as the first phase of a wider reopening of Odeon Cinemas throughout Europe.

“I join with all AMC and Odeon employees around the world to offer our utmost sympathies to those affected by the coronavirus, as well as our sincere gratitude to those who have been on the front lines,” said Adam Aron, CEO & President, AMC Entertainment. “For several weeks, we have all been cooped up, cut off from our friends and for many of us, our family, all while having to put aside doing many of the things we enjoy. The opening of the Odeon Cinemas locations in Norway is an important first step in bringing movies back to the big screen at AMC and Odeon locations, and soon, moviegoers around the world can once again enjoy the magic of movie theatres with their friends and family in a safe, welcoming environment.”

All locations in Norway and throughout Europe will open with new safety procedures that ensure compliance with directives set by national and local governments. Each theatre will program popular repertory titles until new product becomes available, including TENET, which is scheduled to debut worldwide on July 17, and MULAN, which is scheduled to hit theatres July 24.

AMC is the largest movie exhibition company in the United States, the largest in Europe and the largest throughout the world with approximately 1,000 theatres and 11,000 screens across the globe. AMC has propelled innovation in the exhibition industry by: deploying its Signature power-recliner seats; delivering enhanced food and beverage choices; generating greater guest engagement through its loyalty and subscription programs, web site and mobile apps; offering premium large format experiences and playing a wide variety of content including the latest Hollywood releases and independent programming. AMC operates among the most productive theatres in the United States’ top markets, having the #1 or #2 market share positions in 21 of the 25 largest metropolitan areas of the United States. AMC is also #1 or #2 in market share in 12 of the 15 countries it serves in North America, Europe and the Middle East. For more information, visit www.amctheatres.com.