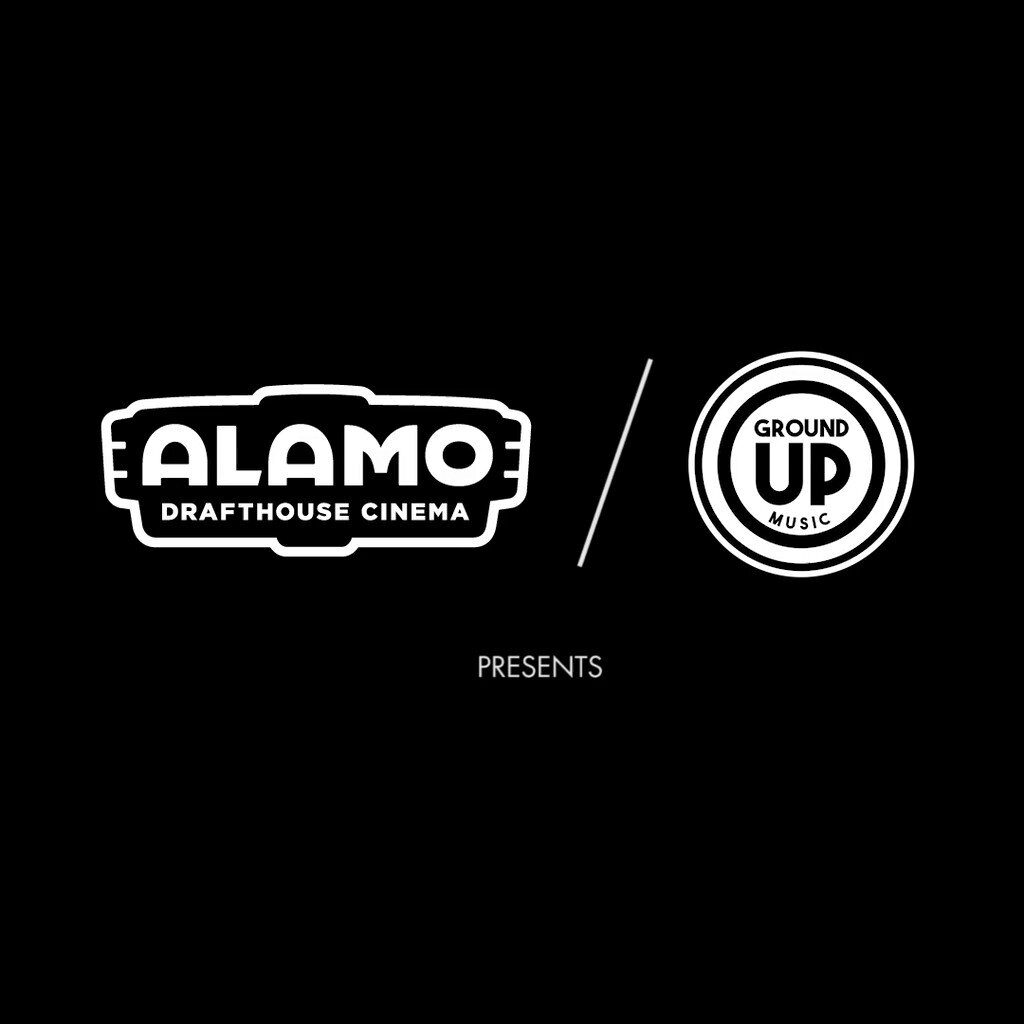 Five silent classics are set to premiere, featuring new scores by GroundUP Music artists including "The Lost World" and a centennial screening of "Nosferatu"

Following the New York events at the brand new Manhattan theater, Alamo Drafthouse locations in participating markets will screen the “GroundUP Music x Alamo Drafthouse” shows, and beginning March 25th, each title will be available individually and as a Six Pack bundle on Alamo On Demand worldwide. The Six Pack includes all five silent films plus Snarky Puppy’s music documentary of “We Like It Here,” which is only available on Alamo On Demand as part of the Six Pack. In addition to the independent films availability worldwide for rental or purchase, GroundUP Music will be releasing the original motion picture soundtracks on March 25th, 2022 via all digital streaming platforms.

The five GroundUP Music artist and film pairings include:

“This began a pandemic silver lining,” says Alamo Drafthouse founder Tim League. “With theaters closed and artists unable to tour, we reached out to collaborate with our friends at GroundUP Music to put our collective bunker time to good use. The GroundUP roster is so strong and so diverse; the work we are unveiling is unique and truly extraordinary. I’m excited to share these wonderful reimagined classic silent films with a whole new audience!”

“We at GroundUP have always felt it would be a natural pairing for our artists to marry their musical talents with a visual medium such as film. It’s an honor for our team to be partnered with our friends at Alamo Drafthouse to bring this longstanding vision to reality” says GroundUP Music COO Eric Lense. “Each of the five composers have expressed how much light this project brought into their lives during some of the darkest days we’ve all experienced,” adds GroundUP Music Director of Label Operations, Jamie Margulies. “Tim League is literally family to us, as he and our founder Michael League are cousins, and we are so grateful to him and the Alamo team for providing our artists with this opportunity.”

Each NY “GroundUP Music x Alamo Drafthouse” show includes a live Q&A with that evening’s composer, and guests will receive a different limited-edition letterpress poster for each show, designed by NY-based artist Martin Mazorra and printed on-site on a vintage letterpress in the theater’s bar, The Press Room. As a special treat for GroundUP Music and Snarky Puppy fans alike, each show will also feature a screening of a different Snarky Puppy concert film. Following the New York shows, participating Alamo Drafthouse locations nationwide will screen the “GroundUP Music x Alamo Drafthouse” series with the pre-recorded Q&A’s, newly-scored silent films.

Tickets for the “GroundUP x Alamo Drafthouse” series are available now at https://drafthouse.com/movies/groundup-music-x-alamo-drafthouse

House of Waters
Lauded as the “Jimi Hendrix of Hammered Dulcimer” by NPR, Max ZT is an innovator of the instrument. Taking his roots from Irish folk music, Max has transplanted his compositional techniques to both Senegal, where he studied the Mandinko technique with the Cissoko griot family, and to India, where he received a grant to study under the santoor master Pandit Shivkumar Sharma. His fresh perspective and bold experimentalism have been the backbone to beautiful, complex, and genuine compositions, while his unorthodox playing style has been a pioneering force in revolutionizing dulcimer techniques.

Moto Fukushima has been playing music for as long as he can remember. Accompanying such greats as Joe Lovano, Mike Stern, and Dave Weckl, he has redefined the role of the bass. With a strong background in jazz improvisation, Western classical music and the African inspired music of South America, Moto’s playing is an amazing combination of finesse, subtlety, and power.

Their self titled first record on Snarky Puppy’s GroundUP Record Label – House of Waters – debuted at #2 on the iTunes World Music Charts. All About Jazz calls it, “A rare and beautiful gem,” while TimeOutNY calls their performances “A sight to behold.”

Sirintip
GroundUP Music artist Sirintip is an award-winning experimental trilingual singer & composer clout in both the pop and jazz worlds.

Her unique use of effect pedals with her voice has brought her around the world performing with Snarky Puppy, Mark Guiliana (David Bowie), Benny Andersson (ABBA), opening for Wayne Shorter at Polar Music Prize, and competing as a finalist in the Thelonious Monk International Competition. As a sought-after voice & topliner in the studio, Sirintip can be heard on over 30 officially released recordings and is an Ableton, TC Helicon, and Earthquaker Devices artist.

As a composer, Sirintip has been asked twice to compose musical interpretations of Nobel Prize nominations at the Nobel Museum in Sweden, a 15 min composition for 18 musicians of all genres including classical, jazz, electronic & folk music on behalf of the Royal Academy of Music in Sweden. The 105 minute long film score for Arthur Conan Doyle’s “Lost World” from 1925 is Sirintip’s first ever film score, to be released by Alamo Drafthouse and GroundUP Music in March 2022.

Sirintip is currently working on her second interdisciplinary album which will be released in 2022.

PRD Mais
PRD Mais is a collection of young and talented percussionists who combine the rich musical heritage of Brazil with an innovative mindset shaped by a limitless range of contemporary influences. Founded by Bernardo Aguiar and Gabriel Policarpo, the group is an outgrowth of their original joint project Pandeiro Repique Duo (PRD); a virtuosic showcase that redefined the capabilities of those two drums. Bernardo has followed in the footsteps of great panderistas before him by further expanding upon the capabilities of this incredibly powerful instrument, and Gabriel has developed a rich timbral palette on the repique, which was previously linked almost exclusively with the samba tradition from which it was created. Since 2009 they have shared their concept of “melody of rhythm” across the globe by placing these two instruments, intimately connected with Brazilian culture, in a broader musical context that embraces international genres while remaining true to their roots. After several years of performing as a duo, they decided to join forces with like-minded musicians in an effort to take their unique sound and add more (or in Portuguese, to add “mais”), and PRD Mais began to take shape. The additions were formidable: Bóka Reis, a master of the Bahian timbal renowned for his inventive phrasing; Brian Potts, a versatile percussionist from the US who adds the multi-faceted Xylosynth and is a literal doctor of pandeiro; and the brothers Guilherme Oliveira and Gustavo Oliveira, directors of the Salgueiro samba school “bateria furiosa,” born from the samba tradition, yet driven by the modern possibilities of electronic percussion.

Bob Lanzetti
Bob Lanzetti is a Brooklyn, NY based professional guitarist, composer, producer, and educator. He has performed and recorded with many artists throughout the NYC area as well as played in over 40 countries with the four time GRAMMY Award Winning jazz/funk collective, Snarky Puppy.

As a composer/artist Bob writes, records, produces, and performs his own original compositions with his quartet. His debut record, Whose Feet are These That are Walking, was released, to positive reviews, in September 2017. In addition, Bob has composed and recorded the score for two dance films for the Allendance Company.

Chris Bullock
Chris Bullock is a saxophonist, multi-instrumentalist, and composer who calls Brooklyn, NY home. One can describe his creative talents as the ability to capture what’s vital in many musical traditions & settings. This can especially be heard through his role as a longtime member and composer for the band, Snarky Puppy. With the Pups, he has won four Grammy’s to date and continues to perform around the world. In 2019, Chris released his debut solo album, Boomtown. With this music and the Boomtown band, he explores a melding of genres through the sax/synth/drums outfit. When not on the road, Chris is often found writing and arranging for various artists & projects and loves to ride his bicycle around the streets of NYC.

Martin Mazorra
Martin Mazorra is a Brooklyn based artist, originally from West Virginia. The woodcuts he makes are hand-drawn, hand-carved, and hand-printed.

About Alamo Drafthouse
Alamo Drafthouse Cinema was founded in 1997 as a single-screen mom and pop repertory theater in Austin, TX. Twenty-four years later, with 37 locations and counting, Alamo Drafthouse has been called “the best theater in America” by Entertainment Weekly and “the best theater in the world” by Wired. Alamo Drafthouse has built a reputation as a movie lover’s oasis not only by combining food and drink service with the movie-going experience, but also introducing unique programming and high profile, star-studded special events. Alamo Drafthouse created Fantastic Fest, a world-renowned film festival dubbed “The Geek Telluride” by Variety. Fantastic Fest showcases eight days of genre cinema from independents, international filmmakers, and major Hollywood studios. Alamo Drafthouse’s collectible art gallery, Mondo, offers breathtaking, original products featuring designs from world-famous artists based on licenses for popular TV and movie properties including Star Wars, Star Trek & Universal Monsters. Alamo Drafthouse continues to expand its brand in new and exciting ways, including the American Genre Film Archive, a non-profit film archive dedicated to preserving, restoring and sharing film, and Alamo On Demand, a new VOD platform boasting a growing and carefully curated library of entertainment for rental or purchase.

About GroundUP Music
In 2012, Michael League—now a four-time GRAMMY® Award-winning multi-instrumentalist, producer, and bandleader—wanted to create a supportive environment where his internationally-acclaimed ensemble, Snarky Puppy, and its members could release their music. As the group’s hands-on musical director, League had spent the better part of a decade navigating the industry and found himself disenchanted with the label ecosystem. He knew that artists deserved better and that was the birth of GroundUP Music.

Today, GroundUP Music stands as a highly-respected independent force, nominated for six GRAMMY Awards, drawing nearly 40 million annual streams from 160 countries. With roughly a dozen new titles scheduled each year—spanning jazz, world, R&B, rock, and beyond—the label’s commitment to stylistic and cultural diversity is proudly reflected in its growing catalog. GroundUP’s team, meanwhile, continually rethinks the role of a label within an ever-changing music industry, while creating a home where inclusivity, empowerment, and creativity reign supreme, and the artist is valued above all.