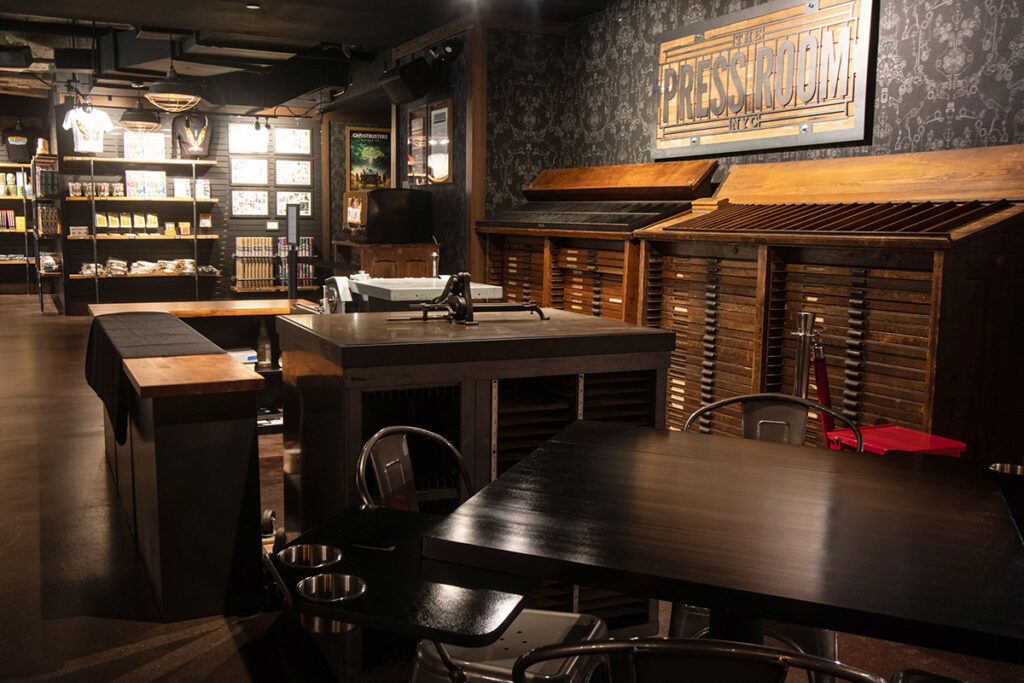 Innovative Austin-based theater chain Alamo Drafthouse Cinema is pleased to unveil plans for its first-ever New England location. Alamo Drafthouse Boston Seaport is a 10-screen theater with approximately 767 seats and will feature a signature mix of first-run films and curated specialty programming, an extensive made-from-scratch food and beverage menu, and luxury recliner seating throughout every auditorium. The new theater will be located at 60 Seaport Blvd. in the South Boston Waterfront’s new Seaport Square development, a living, dining, retail, and entertainment hub with co-tenants that include lululemon, Scorpion Bar, Tuscan Kitchen, Flight Club, Kings Bowling, and Equinox. Alamo Drafthouse Boston Seaport is expected to open in early 2023.

The new theater announcement follows a string of massive box office successes for the film industry and for Alamo Drafthouse specifically, allowing the theater chain to outpace the industry by 14% in 2022 to date with films like “Top Gun: Maverick,” “The Batman,” incredible showings for films like “Everything Everywhere All At Once” continuing to play to sold out crowds in its 12th week, and “Bob’s Burgers,” where Alamo Drafthouse outperformed the industry by 230% during the film’s opening week, in part due to a long-lead marketing campaign and custom burger menu.

“Each weekend brings a welcome reminder that audiences are enjoying the theatrical experience in droves, and responding to the unique passion Alamo Drafthouse brings to the industry,” says Alamo Drafthouse CEO Shelli Taylor. “We couldn’t be more thrilled to bring our love of film, food, and beer to Boston, a city with rich culture, deep history, and a vibrant moviegoing scene.”

“We are thrilled to welcome Alamo Drafthouse to Seaport and be home to its first Boston location. It’s a best-in-class theater that brings movies and dining together to create an all around exceptional and fun experience for everyone,” says Ariel Foxman, General Manager, Seaport Boston WS Development.

Continuing the company’s commitment to preserving 35mm, Alamo Drafthouse Boston Seaport will also feature 35mm changeover projection so that both classic films and new releases can be experienced in glorious celluloid.

Alamo Drafthouse Boston Seaport will also feature a separate, full-service bar – The Press Room. Featuring craft cocktails, wine, and local craft beers on tap, The Press Room Bar is also a printing museum and functioning letterpress print shop with over 10,000 vintage movie ad plates from the 1930s through the 1980s on display.

Alamo Drafthouse Cinema
Founded in 1997, Alamo Drafthouse has been heralded for unique programming events, great food and drinks, and high exhibition standards, earning accolades including “Best Theater Ever” by Time Magazine and “The Coolest Theater in the World” by Wired. A September 2018 Market Force Information survey of nearly 13,000 moviegoers across the country gave Alamo Drafthouse the #1 ranking for Favorite Movie Theater, Best Service, and all food and beverage-related categories.

Additionally, Alamo Drafthouse protects the theatrical experience with a zero tolerance policy for people who disrupt the film with talking or texting. Alamo Drafthouse’s “Don’t Talk” PSAs have frequently received national attention, and have featured former Texas Governor Ann Richards, Jeff Goldblum and a velociraptor, Georgie from ‘It,” “The Room” director and star Tommy Wiseau, and one very angry voicemail.

For developments on the new Alamo Drafthouse Boston Seaport, visit drafthouse.com and follow on Facebook, Twitter, and Instagram. Future guests can also keep up to date on the latest news by signing up for email updates via the Alamo Victory loyalty program at drafthouse.com/victory. When they do, they’ll be automatically entered to win a year of free movies via Alamo Drafthouse’s Season Pass subscription service. Full rules can be found HERE.

About Alamo Drafthouse
Alamo Drafthouse Cinema, celebrating its 25th anniversary, was founded in 1997 as a single-screen mom and pop repertory theater in Austin, TX. Twenty-five years later, with 36 locations and counting, Alamo Drafthouse has been called “the best theater in America” by Entertainment Weekly and “the best theater in the world” by Wired. Alamo Drafthouse has built a reputation as a movie lover’s oasis not only by combining best-in-class food and drink service with the movie-going experience, but also introducing unique programming and high-profile, star-studded special events. Alamo Drafthouse created Fantastic Fest, a world-renowned genre film festival dubbed “The Geek Telluride” by Variety featuring independents, international filmmakers, and major Hollywood studios. Alamo Drafthouse continues to expand its brand in new and exciting ways, including the American Genre Film Archive, a non-profit film archive dedicated to preserving, restoring and sharing film, and with eight new theaters announced for this year and beyond.

About Boston Seaport
Culture, industry and community converge making Boston’s Seaport district a dynamic and vibrant area that has quickly emerged as one of the most exciting neighborhoods and destinations in the country. Seaport is currently Boston’s single largest development project. WS Development is transforming 33 acres of waterfront land with a carefully selected mix of residential, hotel, office, retail, entertainment, civic and cultural uses, and public open space across the district. Combining the best of historic and modern-day Boston, Seaport is the destination for fashion, culture, arts, dining and entertainment, and technology and life sciences, expanding Boston’s position as one of the top cities in the world for innovation, science, and quality of life. For more information visit www.bostonseaport.xyz, follow Boston Seaport on Facebook, and @SeaportBos on Instagram and Twitter.

About WS Development
Massachusetts-based WS Development is a mixed-use developer with a singular mission: creating places people want to be. With an approach that values art, science, innovation and, above all else, people, WS strives to engage each community it serves with best-in-class installations and activations. Established in 1990, WS is a vertically-integrated company that conceptualizes, owns, operates and leases more than 100 properties that range from cutting-edge urban spaces to lifestyle and community centers. With over 20 million square feet of existing space and an additional five million square feet under development, it is one of the largest privately-owned development firms in the country. For more information, visit www.wsdevelopment.com, call 617.232.8900 or follow WS Development on LinkedIn.