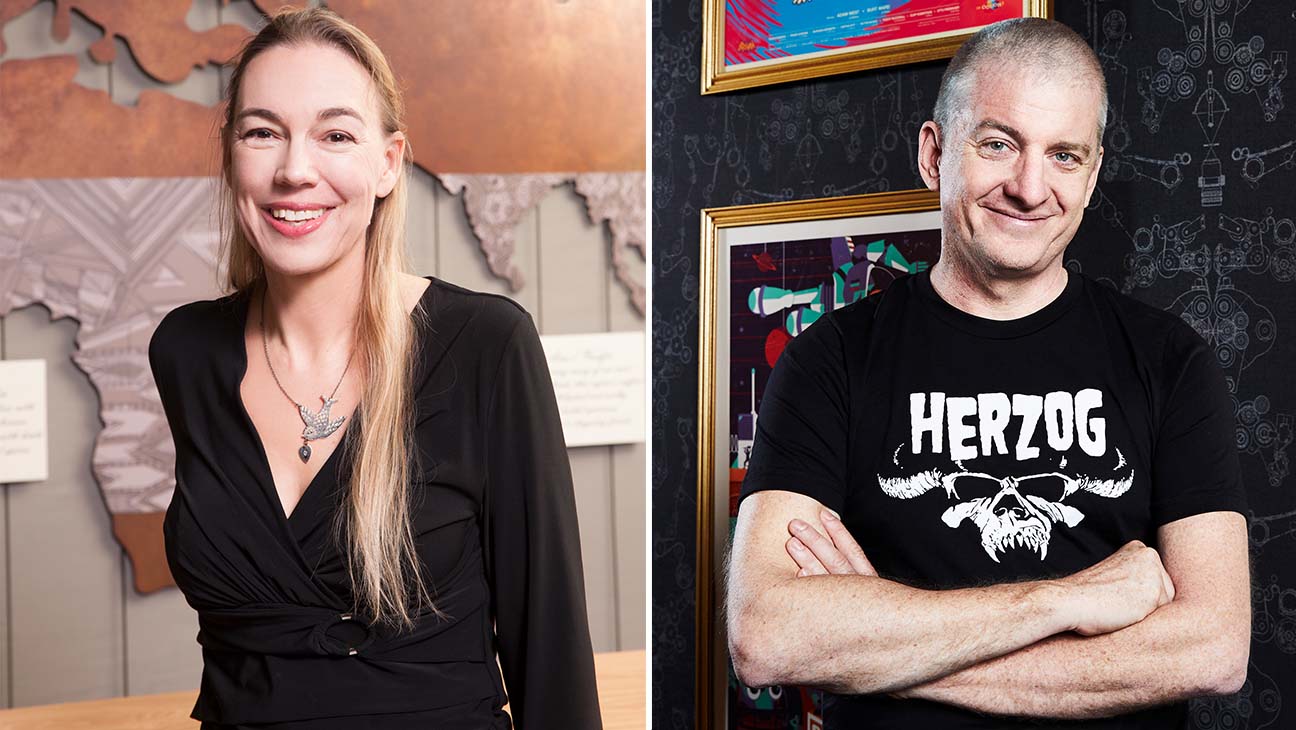 Homebound Alamo Drafthouse Cinema announced today that Shelli Taylor will assume the role of Chief Executive Officer, effective May 1. Ms. Taylor spent almost twenty years as an executive with Starbucks, and most recently served as President of United Planet Fitness Partners, overseeing over 169 facilities across the country.

Founder Tim League will assume a new role as Executive Chairman, where he will lead the board of directors and continue to guide and develop bold new creative initiatives for Alamo Drafthouse, sister company Mondo, and genre festival Fantastic Fest. Mr. League will also continue to lead the eclectic booking and programming strategy that has defined the theater since it opened.

“Six months ago I began searching for a CEO who could work as a partner and collaborator, with a strong voice and battle-tested leadership skills. Shelli Taylor brings that and more,” Mr. League said. “As Executive Chairman I’ll continue to lead the brand, digging hard into developing new creative and marketing initiatives at Alamo Drafthouse, Mondo and Fantastic Fest.”

Mr. League added: “Alamo Drafthouse is the only leadership role I’ve ever known. I am in awe of the depth and breadth of Shelli’s leadership and brand growth experience. I am excited to partner with her to rise from the current challenges that our industry faces and continue to drive towards our company vision, to be the best damn cinema that has ever or will ever exist.”

“I am incredibly honored and excited to assume the role of CEO at Alamo Drafthouse Cinema. Tim League and his talented team have built an unequaled cinema brand that is built on passion, innovation, and a local community mindset encompassing everything from food and drink to fantastic programming,” Ms. Taylor said. “I am committed to Alamo Drafthouse’s vision of sharing the films we love with the widest possible audience while offering the best moviegoing experience in the industry.”

Ms. Taylor’s distinguished career as an executive includes twenty years at Starbucks, where she was instrumental in building a culture and infrastructure for rapid expansion in China. Those efforts resulted in the expansion of 500 stores per year, launching 3,000 stores in China by the time of her departure. She was also the Vice President of Disney English China, China’s leading English Language provider delivering immersive English language learning experiences, products, and services for children. Most recently, Ms. Taylor was the President and COO of United Planet Fitness Partners.

Alamo Drafthouse has 41 locations from coast-to-coast, with continued plans for expansion that include the company’s first Manhattan theater and a Staten Island location where the theater has partnered with Wu-Tang Clan’s RZA on a kung-fu inspired bar called The Flying Guillotine.

But there are large challenges ahead for the company and the cinema industry, and Ms. Taylor’s first priority is to lead the reopening of the theaters, ensuring the safest possible experience for both guests and staff. Since the shutdowns began, the Alamo Drafthouse team has worked diligently in collaboration with industry groups and local health officials to develop comprehensive new safety protocols and training procedures.

After a very successful year in 2019, the company is in a strong position to come out of the pandemic as an industry-leading brand. Some highlights of 2019 include:

– In 2019, Alamo Drafthouse outpaced the industry with positive year-over-year box office revenue.
– Alamo Drafthouse offered the widest selection of films in the exhibition industry – over 2,100 titles, well over double the variety of their closest competitor – including blockbusters, independent and arthouse releases, and classic repertory screenings.
– Alamo Drafthouse’s Brooklyn location saw great success in 2019 as a proven ground for opening limited/indie release films alongside traditional Manhattan playdates. Alamo Drafthouse was the #1 theater for the opening weekends for “Uncut Gems” and “Jojo Rabbit” in NYC. Prior to “Jojo Rabbit”, it was unheard of to have a playdate for a limited release film in Brooklyn alongside the traditional Manhattan playdates.

About Alamo Drafthouse
Alamo Drafthouse Cinema was founded in 1997 as a single-screen mom and pop repertory theater in Austin, TX. Twenty-three years later, with 41 locations and counting, Alamo Drafthouse has been called “the best theater in America” by Entertainment Weekly and “the best theater in the world” by Wired. Alamo Drafthouse has built a reputation as a movie lover’s oasis not only by combining food and drink service with the movie-going experience, but also introducing unique programming and high-profile, star-studded special events. Alamo Drafthouse created Fantastic Fest, a world renowned film festival dubbed “The Geek Telluride” by Variety. Fantastic Fest showcases eight days of genre cinema from independents, international filmmakers and major Hollywood studios. Alamo Drafthouse’s collectible art gallery, Mondo, offers breathtaking, original products featuring designs from world-famous artists based on licenses for popular TV and Movie properties including Star Wars, Star Trek & Universal Monsters. Alamo Drafthouse continues to expand its brand in new and exciting ways, including Birth.Movies.Death., an entertainment content platform for movie lovers, and the American Genre Film Archive, a non-profit film archive dedicated to preserving, restoring and sharing film.