Alamo Drafthouse Adjusts the Tracking on the Video Store Experience 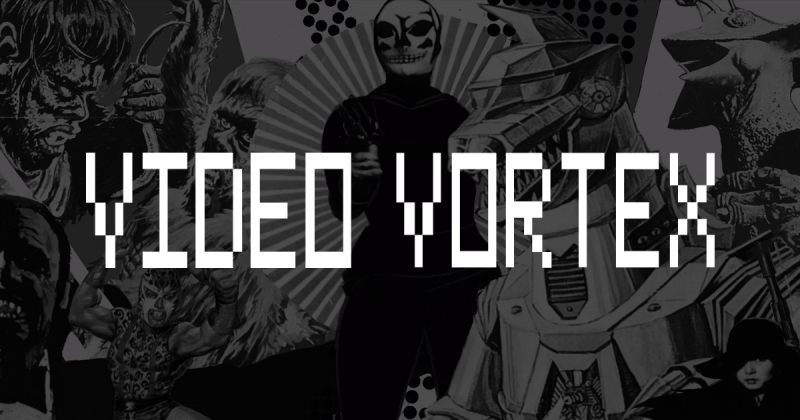 We are proud to share all the exciting details about VIDEO VORTEX, opening very soon in Raleigh at the Alamo Drafthouse. There are many ways in which this video store is like no other that has ever existed, but the main one is this:

The mission at VIDEO VORTEX is to provide one of the best, most well-curated archives of movies from across the globe as a free resource to the community. The VIDEO VORTEX archive features over 75,000 titles and is one of the largest collections on the planet, with particular depth in foreign language movies, documentaries and independent films. Many of these titles which have never been, and will likely never be, on any streaming service. Loans from this incredible archive will be available not just to Alamo customers but to schools, universities, non-profit groups, neighbors… to EVERYONE for FREE.”For me, one of the most thrilling aspects of VIDEO VORTEX is the ability to connect with renters and cultivate diverse exchange about film culture,” says VIDEO VORTEX manager and VHS Culture Captain Josh Schafer. “Making personal connections and offering recommendations through a knowledgeable and passionate staff, it’s something that slays an algorithm any day. Being able to continue the age-old video-store tradition of fostering a movie-loving community is going to be a really fun, exciting and special experience for everyone involved.”

“VIDEO VORTEX represents a veritable cornucopia of thousands of celebrated gems and unsung obscurities from the world of foreign, independent, classic, cult, documentary, and animated movies and TV shows spanning the entire life of the medium,” says Kat Shuchter, the VIDEO VORTEX manager who spent five years at Le Video in San Francisco curating and managing this archive. “This collection of over 75,000 titles includes the best, worst, and weirdest of cinema from dozens of countries across the globe, including hundreds of complete catalogs of film’s greatest auteurs. Whether you’re an action junky, a horror-hound, a Francophile, or in search of some insane oddities, VIDEO VORTEX will offer you an unparalleled selection, for free.”

In addition to free rentals, VIDEO VORTEX will feature the following:

While these offerings will be available from the get-go at grand opening, more and more features will be added down the road, like prepaid return-by-mail and even movie (and pizza) home delivery.

VIDEO VORTEX will open simultaneously with the Raleigh Alamo Drafthouse Cinema. That date is still to be announced, but keep an eye on videovortexbar.com for the latest — and to preview the video collection that will soon be available to rent.

Finally, if this reimagining of the video store works in Raleigh, Alamo Drafthouse plans to replicate this model in cities across the country in towns where there are no longer any video stores. Alamo Drafthouse Cinema Raleigh is now hiring in anticipation of its grand opening.

The Alamo Drafthouse Cinema was founded in 1997 as a single-screen mom and pop repertory theater in Austin, TX. Twenty-one years later, with 29 locations and counting, the Alamo has been named “the best theater in America” by Entertainment Weekly and “the best theater in the world” by Wired. The Alamo Drafthouse Cinema has built a reputation as a movie lover’s oasis not only by combining food and drink service with the movie-going experience, but also introducing unique programming and high-profile, star-studded special events. Alamo Drafthouse created Fantastic Fest, a world renowned film festival dubbed “The Geek Telluride” by Variety. Fantastic Fest showcases eight days of genre cinema from independents, international filmmakers and major Hollywood studios. Alamo Drafthouse’s collectible art gallery, Mondo, offers breathtaking, original products featuring designs from world-famous artists based on licenses for popular TV and Movie properties including Star Wars, Star Trek & Universal Monsters. The Alamo Drafthouse Cinema is expanding its brand in new and exciting ways, including partnering with the film distribution company NEON, Birth.Movies.Death., an entertainment content platform for movie lovers, and the American Genre Film Archive, a non-profit film archive dedicated to preserving, restoring and sharing exploitation-era film.