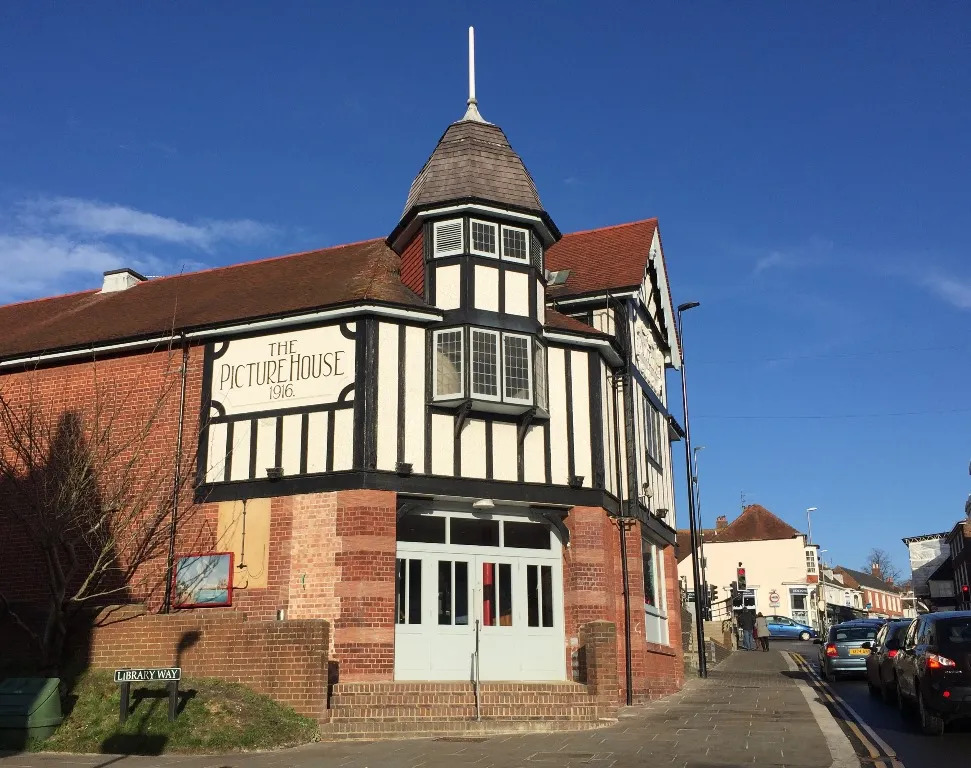 It’s the middle of 2020, and the world is in a state of chaos. Lockdown is the new norm, life as we know it has turned upside down, and, quite frankly, things are pretty bleak. Wanna go watch a film at the cinema? Or go for a bite to eat? Or even go to the gym? You can’t! Even if you were allowed to leave your house, all businesses, restaurants, leisure venues – basically anything joy-giving – are off-limits.

So while cinemas are closed to the public, what would be a good focus for a cinema owner-operator during this time? Equipment maintenance? Staff training? Planning a super-charged cleaning rota? Strategising new ways to reel customers back in when you’re open for business? Or… investing in a new auditorium with swanky new seating?

A brave move, but it probably wasn’t what most exhibitors would have done, considering how revenue streams went from normal to nothing practically overnight. But then, Kevin Markwick, owner-operator of the Uckfield Picture House in Sussex, England, has always marched to the beat of his own drum. Here, he talks to Helen Budge about the story of how to premiumise during a global pandemic, particularly when you’re not sure how it’ll pan out (spoiler: there’s a happy ending).

CJ: Tell us the story of your decision to upgrade the Picture House’s second biggest screen during a very challenging time?

KM: During the long, dark existential crisis that was the pandemic lockdown, and with streaming services already doing a victory lap over “the death of cinema”, I decided that if we were going to come back strongly, standards would have to be higher than ever.

Uckfield has always been designed and presented to a very high standard, which would account for our long-term survival when all the other surrounding towns lost their cinemas years ago. Our second biggest screen, although very good, had always had problems with only a single aisle for access and just enough legroom, putting it on the boundary of what might be termed a “premium” screen. We initially predicted that people were going to be squeamish about being crowded together post-COVID, something that has since proved to be less of an issue, but that they’d also demand higher standards of service and comfort.

So this was the perfect screen, and opportunity, to act on my instinct that a “lounge” type experience with waiter-service-to-your-seat and high-quality recliners would yield a higher spend per head and prove popular as a destination night out. And this is also why the screen was christened “The Lounge”.

CJ: How many seats were installed and which type were they?

KM: Our previous seats in the second screen were Ferco’s Paragon 755 seats but for this upgrade the Premium Verona Zero Wall seats were the best option. But changing to recliners meant we had to reduce the number of seats from 99 Paragons down to 45 [recliners need more physical space to, erm, recline]. The table and the footrest were key, and they are an efficient use of space. Reducing the numbers by 50% was a risk, but one I thought worth taking from a capacity point of view. This reduction required over-tiering the existing floor with timber, to create rows with double the existing seatway. This now enables staff to move up and down the rows more easily, to deliver food and drink even if the seat is in full recline.

CJ: How successful has the upgrade been?

KM: It has been wildly successful and one of the most popular things we have ever done – in many cases customers are actually waiting for films to play in The Lounge. Which is not to say there is anything wrong with the experience in the other screens, but a certain section of the audience loves the specific comfort and service experience so much that many tell me it’s the only way to go to the cinema. Anecdotally, many also tell me they have never visited the cinema so often. I truly believe that where a customer may have been ambivalent about a film previously, The Lounge experience makes them decide to see it in a cinema.

CJ: Have you seen a significant increase in spend per head?

KM: Yes. Apart from the obvious uplift in ticket price, the spend on food and beverage has been dramatic. More than double what it was before.

CJ: Refurbishing a screen during lockdown must have been… interesting. What were the challenges of doing it during the pandemic?

KM: Fortunately, tradespeople were able to work during lockdown and we have a project manager / carpenter / builder who knows the building well, having done all the work on the huge refit we did in 2015. The plan was hatched during the first lockdown and we started work in September 2020 with a view to being ready for “No Time to Die” [James Bond’s latest outing] in October. Of course, that didn’t happen, and the film was pulled for a second time.

We limped through to the end of the year and were locked down again during Christmas 2020, until May 2021. But it was then that The Lounge really showed its capabilities, and we were actually better prepared to deal with the tsunami of business when James Bond finally showed up and opened, a year after the previous release date. In hindsight, having never done in-seat delivery of food and drink service before, the slow start was a Godsend for us, even though the learning curve was steep. Having our restaurant [the sister business next door to the Picture House] was also key in understanding how to build a menu that could be delivered quickly and with the minimum amount of prep by staff who are not chefs!

CJ: Are there any other changes you’ve made to the overall guest experience?

KM: My idea was to make The Lounge screen similar to a first class cabin in an airliner, with in-seat ordering and delivery. We have a waiter / waitress taking orders in the auditorium, although we do offer a pre-order service as well. We use real glasses for the drinks and we have just put a Peroni tap in that has increased sales even more. But to avoid disruptions mid-movie, we don’t currently allow ordering after the main film has started.

CJ: From your perspective, what would you say makes the “boutique” experience so special?

The recliners we now have add luxury to the customer experience. But even without the recliners, we are able to offer a more personal service. Independents know their audiences personally and people have always responded to that, there is a strong sense of ownership, and community, among our customers.

CJ: What’s the response been to the new recliners?

Mostly they say they have never sat in a cinema seat so comfortable – or they worry that they are going to fall fast asleep immediately, and miss the film!