The Everyman Cinema in London’s Hampstead (known as “Everyman Hampstead”) has joined many of us this year in having a lockdown-restricted birthday. One hundred years after opening its doors for the first time in 1920 as a theatre, the company now has 35 sites around the UK. And despite this last year having been a nightmare for the exhibition industry the company has fared, objectively speaking, as well as can be expected. Sadly, Everyman hasn’t been completely unscathed by the pandemic, with the company also having to bring in financial advisors to discuss the financial impact of 2020: but the future looks bright and exciting, a result of the incredibly strong brand built over the first successful century of existence.

The term Everyman, by definition, means “an ordinary person” and you could be forgiven for thinking that carries undertones of being commonplace. But the company adopted the name to signify the accessible, affordable luxury bestowed on its wide range of guests from all walks of life. But in a, somewhat ironic, sense, the success of the firm over the last century has proven that there’s truly only one Everyman Cinemas.

And 2021 will see Everyman’s new CEO, ex-Cote Brasserie boss Alex Scrimgeour, step into the role on 18th January. Since Crispin Lilly vacated the role in September 2020 to “pursue personal projects”, Executive Chairman Paul Wise has been acting-CEO. Talking to us about the brand and its big milestone birthday Wise (if having to explain to someone unfamiliar with it) described it as, “A contemporary, comfortable place, where you’re surrounded by great fabrics, woods, furniture and good people. And of course, a great environment in which to watch a film.” 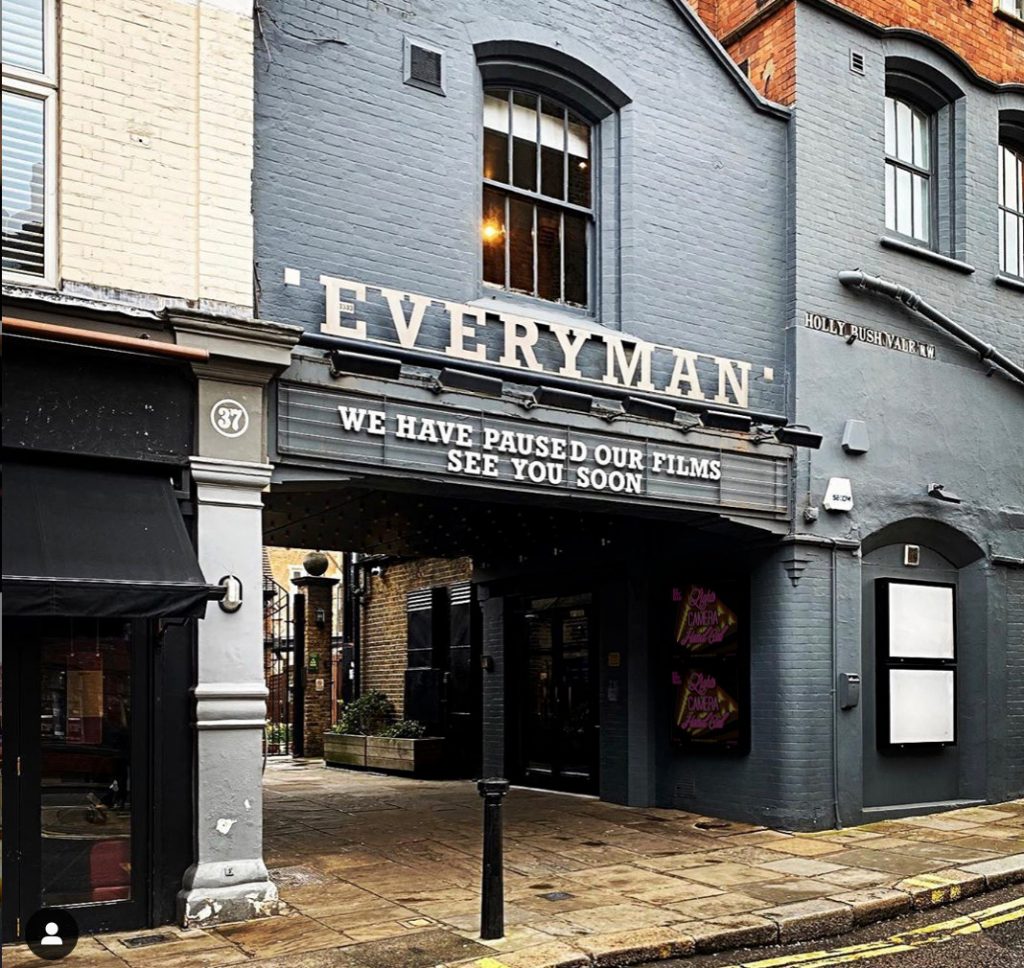 The Everyman Cinema in London’s Hampstead first opened its doors in 1920. The company now has 35 locations throughout the UK. (Photo: Everyman Cinemas)

Prior to Scrimgeour’s appointment, Lilly was at the helm of Everyman for almost six years; from December 2014 up until September of this year. Through calmer, pre-2020 waters followed by the particularly choppy current of the last few months, Lilly’s steady direction of the company has built its reputation to what it is today. Both his time in the role and his company contribution deserves recognition, and having spoken to at least one employee about his departure, he will be greatly missed. But a new year brings a new chapter for the company.

The Origins of Everyman
Having been involved since the early, one-screen-only days and brought in by company founder Daniel Broch, Wise worked in the City (London’s financial district) and attended the Hampstead branch only when invited by a colleague. Originally beginning as a sceptic he quickly saw the value in the proposed business venture. Once onboard, Wise was tasked with raising capital to expand the business which eventually led to the buy-out of the exhibitor Screen Cinemas by the Everyman Media Group in 2008.

Wise said of the brand, “Until ten-to-fifteen years ago, all investment in cinema was in multiplexes and big spaces. The high street had been ignored so the idea [for Everyman] was always to bring a modernised offer to it to show it some love.” 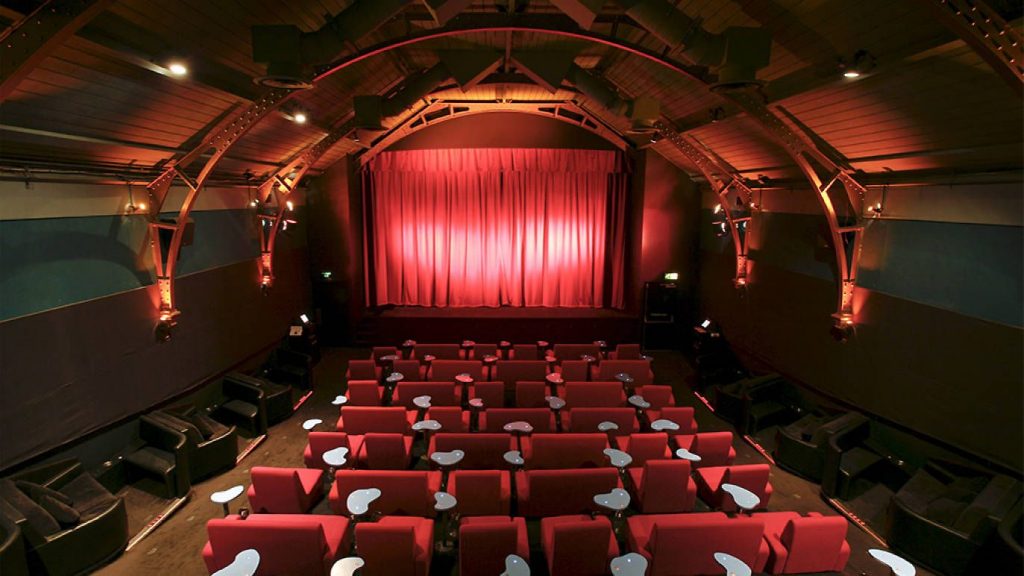 One of a Kind
When I asked Wise if the Everyman concept can be replicated around the world, he said, “I’d go so far as to say that the entire industry is very conscious of what we do. Certain elements have been adopted already by others but we feel as though we have a unique magic.”

He continued, “If you look at the individual components of the experience then it’s all quite simple. But it’s the sum of the parts, it all comes together to create that special something.”

And Everyman’s ambition hasn’t gone anywhere. Before the pandemic they were set to expand into Dublin, Ireland; plans they hope to reignite as soon as they can. The devout customer base they’ve built over the years quite clearly proves that there’s an engaged target audience out there. With sites cropping up all over the UK – the latest in Lincoln in between UK lockdowns – the level of service offered was certainly bringing in the bums on seats in non-COVID times.

Wise said of the popularity of the brand, “Wherever we land, people seem to like us. And the volume of movies consumed over the last year [in lockdown] proves that film is still so universal, it’s not going anywhere. If you live near an Everyman, we’re confident that we’ll get you to come out to watch a film with us at least a few times in the year.” 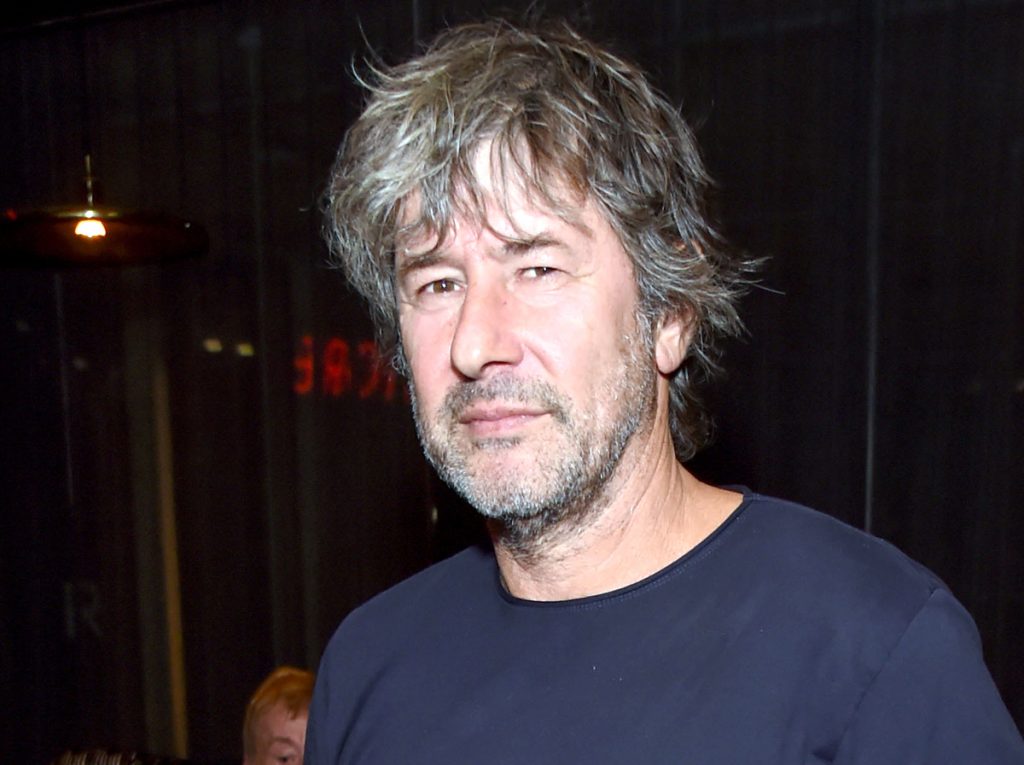 Window Shopping
In light of the recent news about Warner Bros.’ decision to release their full 2021 slate straight to cinemas and streaming platform HBO Max simultaneously (a “unique, one-year plan”), a return to pre-pandemic business practices have been painted by some industry observers as less and less likely. Wise certainly thinks the traditional theatrical release window needs to be adaptable – as we’ve all had to be during COVID-times – to return to thriving.

“The window was clumsy and [COVID] will have inevitably changed it. The length of time [films] should have to wait before being able to transfer to different platforms should be flexible,” he stated.  “Successful smaller titles that are seen by thousands should be able to use that momentum to transfer to other platforms, continuing to ride that wave of publicity. Making them wait weeks or months means they have to kick-start their marketing all over again. But for a big release like James Bond, the opposite is true. A film like that needs space in the cinema for audiences to come and see it. And they will, in their millions.”

Wise added, “It’s self-determining, how long a film should be on the big screen for. And I have complete faith in the cinema experience. Because ultimately the biggest films doing well in the cinema is in everyone’s interest: the better a film does in cinema, the better it’ll do on a streaming platform.”

The Future is… Tech?
Turning to how the industry will *need* to adapt to keep up, Wise once again referred to the release window model discussion.  “The big tech firms – Google, Amazon, Netflix – are very keen to make content and, as an industry, we’d be foolish not to embrace that,” he said.  “They have unlimited funding and [make films] to a very high standard. If the studios are struggling then these guys are happy to step in. The way I see it is that people enjoying films, whether that’s on streaming platforms or in the cinema, is good for our business. All we want is to make sure they come and see some of it with us. I’m pretty confident that people would prefer to come and watch something special at an Everyman, than on their phone or laptop.” 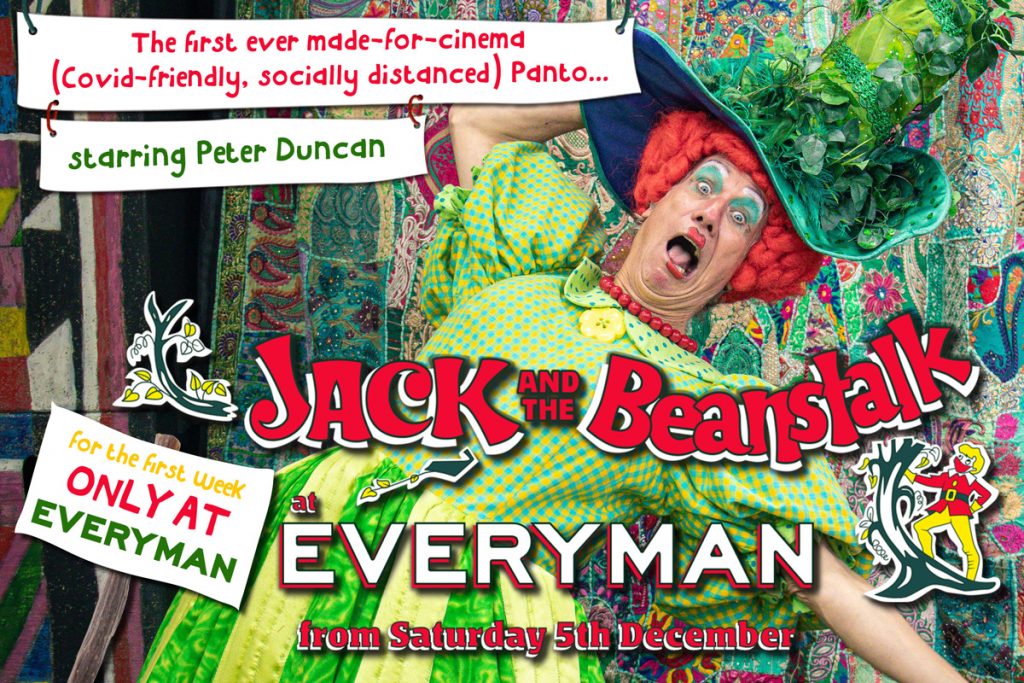 To 2021… And The Next 100
The post-COVID future certainly looks bright for Everyman. Having continued to maintain and sign sponsorship deals with household names such as Jaguar, Apple and Penguin Books their legacy will continue, even when COVID is a distant memory.

But the most recent news for 2020 is that Everyman are now the proud partners of Peter Duncan’s pantomime, “Jack and the Beanstalk”. Screening from 4th December, the intention is to play it until the interest runs out. And the rewarding thing about watching the Everyman brand grow is that they’re not afraid to take risks – and those risks certainly seem to pay off.

So what does Wise think it is, specifically, about the magic of the movies that will ensure the industry bounces back? And will Everyman last for another hundred years?

“We are social and sociable creatures – the atmosphere, the buzz of people enjoying themselves alone but together makes comedy funnier, horror scarier,” Wise declared. “People head out to simply have a good time and what we have to offer is a great product. I think we’ve built a brand that has real staying power, and one that’ll be around for a long time to come.”

This last year has certainly reshaped the landscape of big screen movies and the next few months will continue to push exhibitors to innovate and adapt further to the times. But as Everyman has shown over the last century, their strength of brand and inherent creativity stands them in good stead for the next hundred years. So on that note – Happy 100th, Everyman.