The Return of the Premium Moviegoing Experience: CJCinemaSummit Spotlights “Tenet” and IMAX

After more than five months of empty auditoriums and soundless popcorn machines, many movie theaters around the world have reopened their doors again in anticipation of Christopher Nolan’s “Tenet”.

Despite a less-than-optimal global climate and several deferrals of the movie’s original release plan, the highly anticipated sci-fi thriller starring John David Washington and Robert Pattison grossed a robust $53 million international debut in all 41 territories it opened this weekend. “Tenet” seems to have generated a promising élan for the new, capacity-restricted moviegoing experience, giving exhibitors worldwide reasons to be optimistic.

In the midst of the COVID-19 pandemic, the battle for cinema viewers’ attention has never been more fierce, likely making bespoke cinema experiences the new norm. “Tenet”’s results attest to that: audiences forked over to see the blockbuster in the best quality possible, with the premium IMAX format grossing $5million from IMAX alone, or 9.4% of the films total takings, despite representing just one per cent of screens. 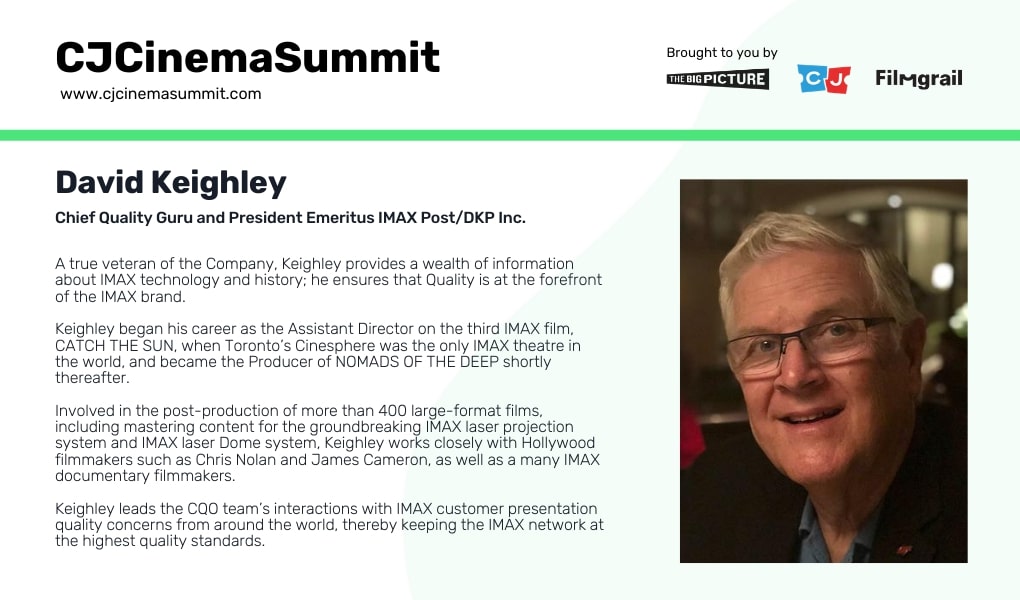 Apart from “Tenet”, which served as a major talking point throughout the episode, another movie that has managed to put many overseas cinemas back in full swing is China’s riveting war epic “The Eight Hundred”. The Guan Hu-directed film, which was entirely shot with IMAX digital cameras, was the highest grossing film in the world over the weekend, soaring to more than a $277 million cumulative.

Craig Dehmel kicked off the panel discussion expressing his excitement for the return of the big screen after a strenuous few months with no more than 30 IMAX screens open around the world. Fortunately, in mid-July, South Korean action thriller “Peninsula” marked the beginning of the return to the (new) normal for the IMAX Corporation, having wrangled over $32 million worldwide.

IMAX’s recent figures confirm audiences’ eagerness to continue watching films on the biggest of big screens. “By the middle of August, we were up to $3 million,” revealed Dehmel. “With the release of “The Eight Hundred” last weekend, we had our biggest weekend yet where we did about $7.7 million overall.”

The conversation moved on to focus on “Tenet”, with Dehmel asserting that Christopher Nolan himself was IMAX’s best marketing asset on the movie. “He’s very complimentary of the IMAX experience, and he very much wants people to see the movie the way he intended,” he noted.

Dehmel went on to mention that despite a strong audience appetite for the premium moviegoing experience, which was demonstrated by “Tenet”’s soaring pre-sales figures across markets, current capacity limitations may be hindering the company’s ability to reach the same kind of high index that it has had on past Nolan films. “In some markets, you have 50% capacity, while in others, such as Canada, you have a 50-person-maximum,” said Dehmel. “We’re reaching capacity so quickly that it’s difficult for us to hit the same kind of high index that we’ve had on past Nolan films,” he added. 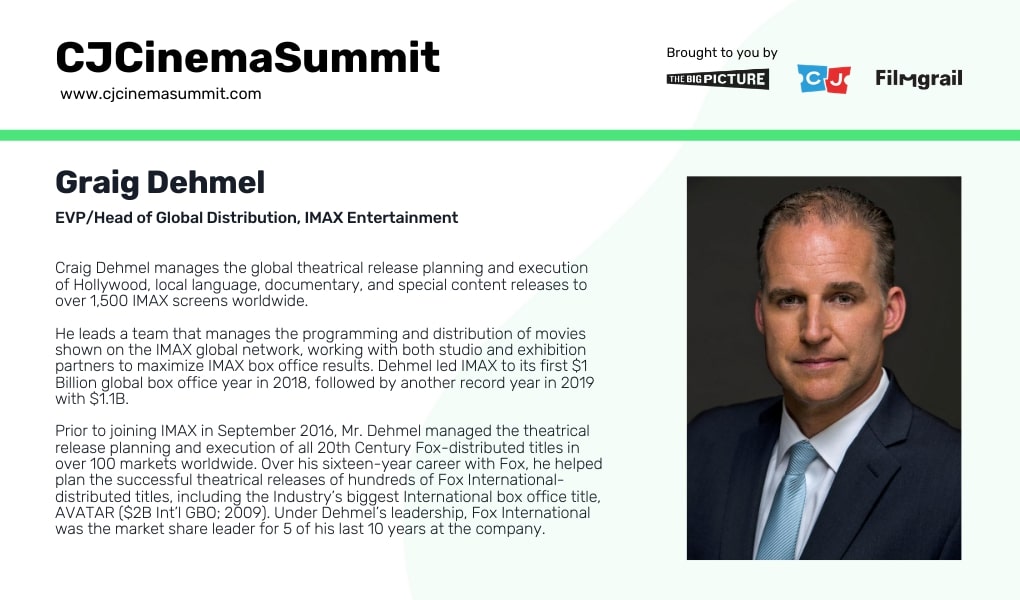 On the other hand, Deheml explained that reduced availability over the weekend will likely create more a consistent, steady box office throughout the rest of the week. “What I think will happen is that, because there’s less availability on the weekends, you’ll start to see shows fill up on Monday, Tuesday and Wednesday nights,” explained Deheml.

Last week’s CJCinemaSummit panel also discussed the difficulties experienced with completing the post production and release of “Tenet” in the midst of a global pandemic. David Keighley, who worked directly with Christopher Nolan on the movie, revealed that the process “was daunting.”

“Nobody got sick. We were very careful, everybody’s temperature was taken every morning. With the help of the laboratory at FotoKem, which is really the only full service laboratory left in the world, we got it done,” concluded Keighley.

Before concluding, the panel highlighted how “Tenet” was possibly the film that will be bringing cinema back to the masses. “It’s a historic moment”, declared von Sychowski, to which Dehmel responded that “2021 is shaping up to be an absolutely mammoth year for moviegoing”, thus shining an even more positive light on the state of the movie industry.

The CJ Cinema Summit episode can be found here.

Latest posts by Laura Merhej Rabben (see all)
Send this to a friend
This website or its third-party tools use cookies, which are necessary to its functioning and required to achieve the purposes illustrated in the cookie policy. By closing this banner, scrolling this page, clicking a link or continuing to browse otherwise, you agree to the use of cookies.OK