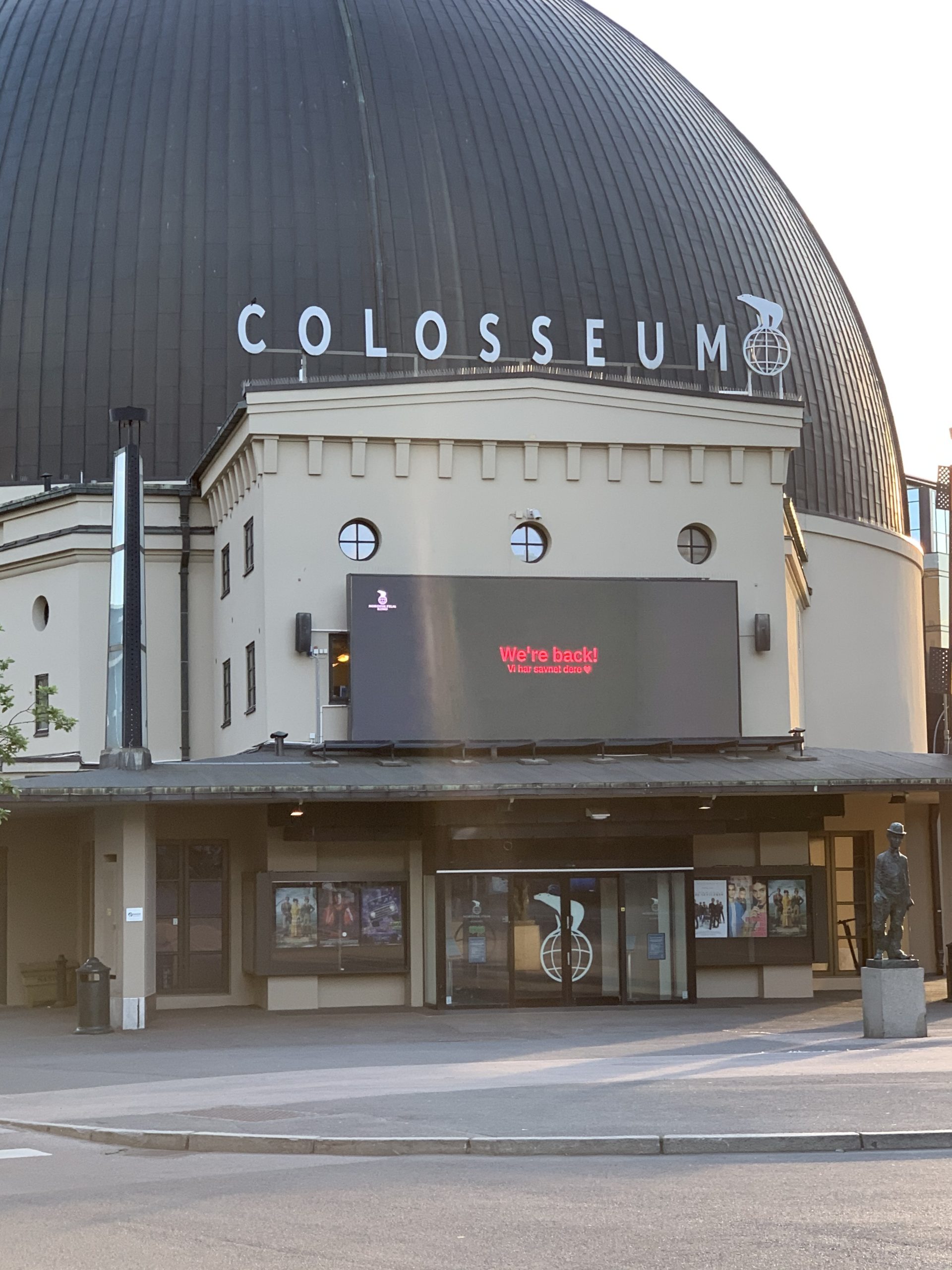 Celluloid Junkie’s ‘Re-Opening & Re-Imagining Cinemas‘ is a series of articles that tracks how cinemas around the world resume operations and seek to build a better cinema experience. We thank everyone who has contributed to this effort.

As highlighted in our latest #CJCinemaSummit (Thursday May 14), the spotlight is now on cinema operators in countries like Norway, South Korea and the Czech Republic who have been given the green light to reopen for business. Meanwhile, a handful of US states, including Georgia, Tennessee and the state Texas, which reports one of the highest concentrations of movie theater chains in the country, have also allowed cinemas to reopen.

While a handful of marquee lights started flashing again, there are still plenty of stumbling blocks for theaters to overcome before they can go back to business as usual. Aside from implementing strict sanitation measures, exhibitors will have to navigate through the choppy waters of operating under restricted capacity. Dealing with supply chain issues and having only archival titles to show adds to the heachaches of operating under suboptimal circumstances.

But the most pressing unknown remains whether the majority of moviegoers would feel safe to return to sitting with other people in an enclosed venue, even after receiving the go-ahead from health authorities.
Albeit comprehensible amount of speculation and nervousness about what the ‘new normal’ will look like, there are reasons to be optimistic. Early reports from both Norway and Texas were largely positive, suggesting high moviegoer enthusiasm and a decent box office yield.

Paul Dergarabedian, Senior Media Analyst at Comscore explained that the coming phase is going to be a ramp up period for all theaters worldwide. “It’s all going to be predicated on people feeling safe and secure. Movie theaters are going to do everything they can to make people feel really comfortable and safe when they go back.”

Nearly two months after introducing severe restrictions to everyday life, the Nowegian government announced a plan for a return to normalcy. May 7 saw the Scandic nation become one of the first European countries to allow cinemas to reopen. Global eyes were anxiously turned towards the country’s exhibitors in hope that moviegoers would return.

As many anticipated, the reopening of theaters wasn’t like a flick of a switch and less than 20% of the country’s 211 venues (and 438 screens) reopened. Many owners were not willing to take the risk of setting up shop again while limiting occupancy to a maximum of 50 patrons per screen and having to enforce a distance of one meter between guests.

On a positive note, cinemas that did reopen reported selling a healthy amount of tickets with a little over 7,100 admissions on the first weekend, with some venues like Nordisk Film-operated Ringen Kino in Oslo reportedly having sold 96% of available tickets. It’s a far-cry from local record breaking figures, but early results are promising and did exceed everyone’s expectations.

Disney Pixar’s animation “Onward” was by far the most popular film, racking up 1,309 visits on the May 9-10 weekend, ahead of Guy Ritchie’s “The Gentlemen” and action thriller “Bloodshot” starring Vin Diesel. Other titles included Norwegian war drama “Flukten over grensen” (“The Crossing”), which was originally released mid-February, and family animation movie “Trouble”.

Marit Sætre Færevåg, Managing Director of Edda Kino explained that the first guests were mainly families. “It’s logical because families are allowed to sit together, while other groups have to comply with the physical distancing order of one meter,” said Færevåg. “Moviegoers don’t seem to worry too much about whether the films are new or not,” she added.

At the time of writing, over 100 Norwegian theaters have opened their doors again.

In the United States, although the theatrical exhibition’s return to normalcy will likely span over several more months, two Texas-based cinemas were ready to welcome back visitors at 25% capacity: EVO Entertainment and Star Cinema Grill.

Star Cinema Grill reopened its Houston-area theater on May 8 with many feelgood favorites including “Wizard of Oz” and “Beverly Hills Cop”. Jason Ostrow, the cinema’s Vice President of Development reported that over 1,500 weekly guests visited the Baybrook Mall theater last week. “We’re seeing [results] just under 20% of our previous year’s business this week, which doesn’t sound very good but is actually very promising, considering what we expected was closer to 10-15%,” reported Ostrow.

The first operators to reopen their doors are the inevitable guinea pigs for the new, safer cinema-going experience.

Mitch Roberts, CEO of EVO Entertainment Group, explained to the CJCinemaSummit audience that his venue didn’t reopen its doors with the anticipation of making money, stating: “We went into it with the mentality that the greatest return we can have is consumer confidence. Allowing people to come in and see the procedures that were put in place to keep them safe would build [consumer confidence] over time.”
Enforcing physical distancing and sanitation protocols are also the top priority of Norwegian theaters, and precautions are being taken at every step of the moviegoing experience. Guests are given clear information both on the cinema’s website and at the venue through info posters and floor markings. Sanitation stations are spread throughout the venues, plexiglass has been mounted at the box office and the concessions stand, and thorough cleaning of all areas has been instructed.

For Edda Kino, maintaining a sense of normalcy in the moviegoing experience is paramount. Like most other Norwegian venues, the theater chose not to enforce mask wearing or more drastic measures like temperature controls. “For the most part, we try to make the experience as ordinary — or extraordinary — as possible,” explained Færevåg.

Mounting anecdotal evidence indicates such measures are paying off in restoring Norwegian moviegoers’ confidence. Niclas Herlovsen, Cinema Manager at Norway’s Nordisk Film Kino, asserted that the cinema’s staff “were really excited to go back to work again,” before adding that “moviegoing is something that guests have clearly been missing. They are very pleased that cinemas are reopening again”.

Apart from reinforcing strict sanitary measures in what could be deemed as a ‘zero-fail’ environment, virtually all Norwegian cinemas have banned cashless payments and embraced paperless ticketing to reduce both physical interactions and queuing to a minimum.

Contact tracing is a big component of the Norwegian government’s deconfinement measures. One of the biggest challenges for Edda Kino was ensuring that every patron’s personal details, such as name and phone number, can be easily collected and retrieved in case of infection. “We asked everyone to buy tickets online, using our app or website,” stated Færevåg. “Moviegoers who bought their tickets at the kiosk were asked to put down their phone number for contact tracing purposes,” she added.

Leveraging the unique window of opportunity of having a lot of extra time at hand, many exhibitors — including Star Cinema Grill – focused on improving the ticketing experience on their apps and websites. The aim is to make it easier than ever for guests to pre-book their tickets and concessions and avoid having to queue at the cinema premises.

“We’re exhibitors, we create experiences. It’s our job to entertain people to the best of our abilities. So getting really creative in the experiences that we’re able to do in our auditoriums is going to be crucial to give people a reason to come back,” concluded Roberts.