We Are Parable: Experience Over Everything

Their first-ever event at East London’s Stratford Picturehouse completely sold out in 2013. In 2017, directing legend Spike Lee collaborated on a central London event with them. In early 2020, they were recipients of a Lodestar award from Film London. And even now, half way through one of the most challenging years ever for the cinema industry, one of their two co-founders has made the finalist list for the Black British Business Awards (BBBA).

“They” are the film exhibition company We Are Parable, founded by husband-and-wife duo Teanne and Anthony Andrews. Together they create unique, experiential events for Black audiences, and have had such a selection of career highlights in the first few years of existence to make any veteran exhibition company jealous. “Experience Over Everything” is the motto that runs through every event they’ve ever produced, perfectly encapsulating their mission.

So how did it all come about?

Seven years ago, London-based Anthony and Teanne were discussing a favourite film that they’d never seen on the big screen – the Eddie Murphy classic “Coming to America”. Wanting to see it in all its big-screened glory they looked for a showing and couldn’t find one anywhere despite it being the film’s 25th anniversary that year. 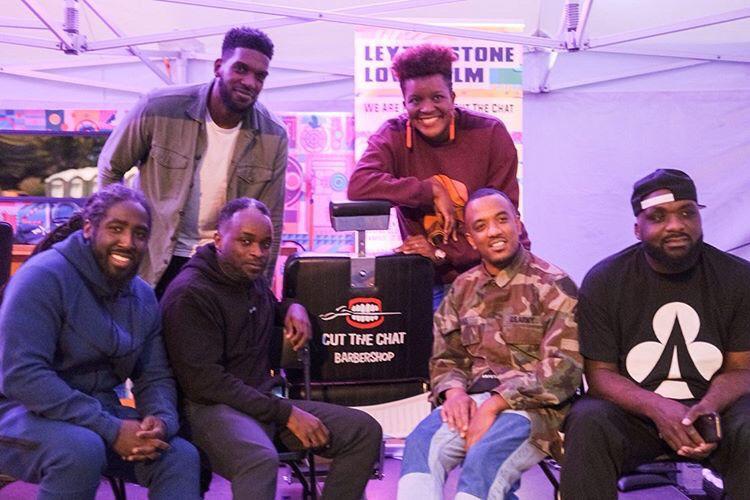 Anthony & Teanne Andrews (back row) are We Are Parable. (image: WAP)

So they took the decision to put it on themselves at their local cinema, thanks to a conviction that there’d be an audience for it. And they were right: it sold out. But rather than just simply screen the film, the night grew into a fully fledged creative experience reflective of the fictional African state of Zamunda, where Eddie Murphy’s character crown prince Akeem Joffer originates from.

Anthony Andrews, co-founder of We Are Parable, said of their first venture, “We decided to create an event that we would actually want to attend ourselves and our ideas grew from there.” Surrounding the showing of the film, the cinema was transformed into a fully immersive night, not lacking in the wow factor: in the foyer of Stratford’s Picturehouse an African marketplace sprung to life, African drummers provided live music, poets recited verses.

From the extremely encouraging response to their first outing, the husband-and-wife team developed a business concept to celebrate Black creatives, artists, filmmakers, actors through their events, with cultural relevance at the heart of every event they put on. Films such as “Queen & Slim”, “Black Panther” and the Idris Elba-directed “Yardie” have all received the We Are Parable treatment. And it’s only since the pandemic started that they’ve had to slow down. 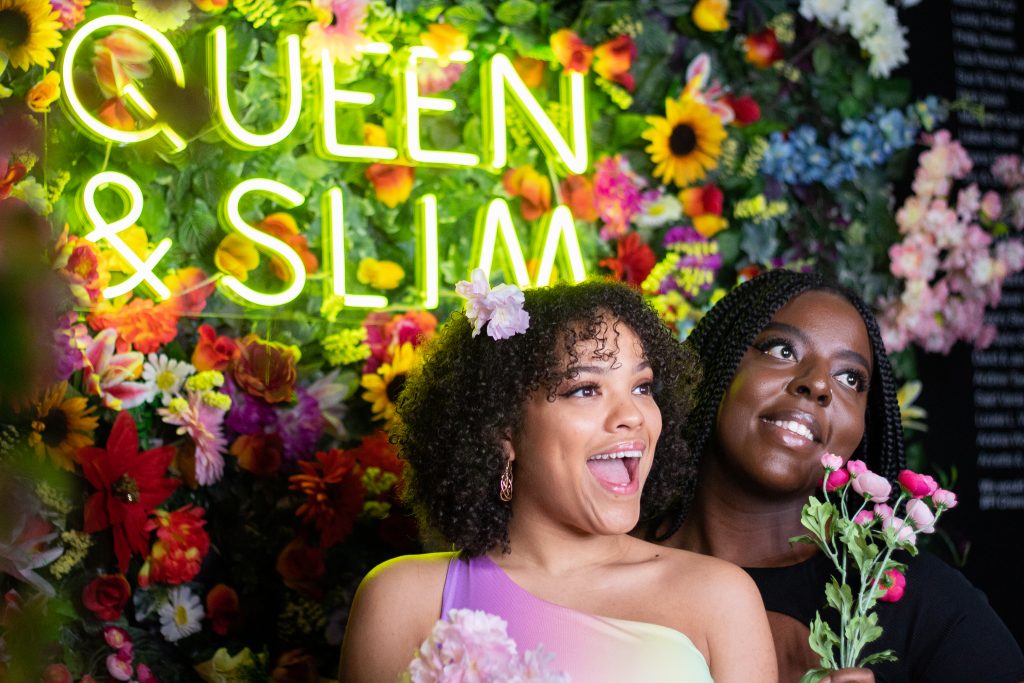 As with all live events that draw large crowds, We Are Parable have had to pause all current and planned future events due to the pandemic.

But they’ve taken this time to reevaluate what they want to say to their audience through their work, and perhaps more importantly, why. After some reflection time, gut instinct compelled them not to remain silent for the next few months but to experiment. A continual focus on bringing value to their audiences pushed them forwards, leading to new partnerships and (online) events.

Please note the following is not an exhaustive list – they’ve been busy! 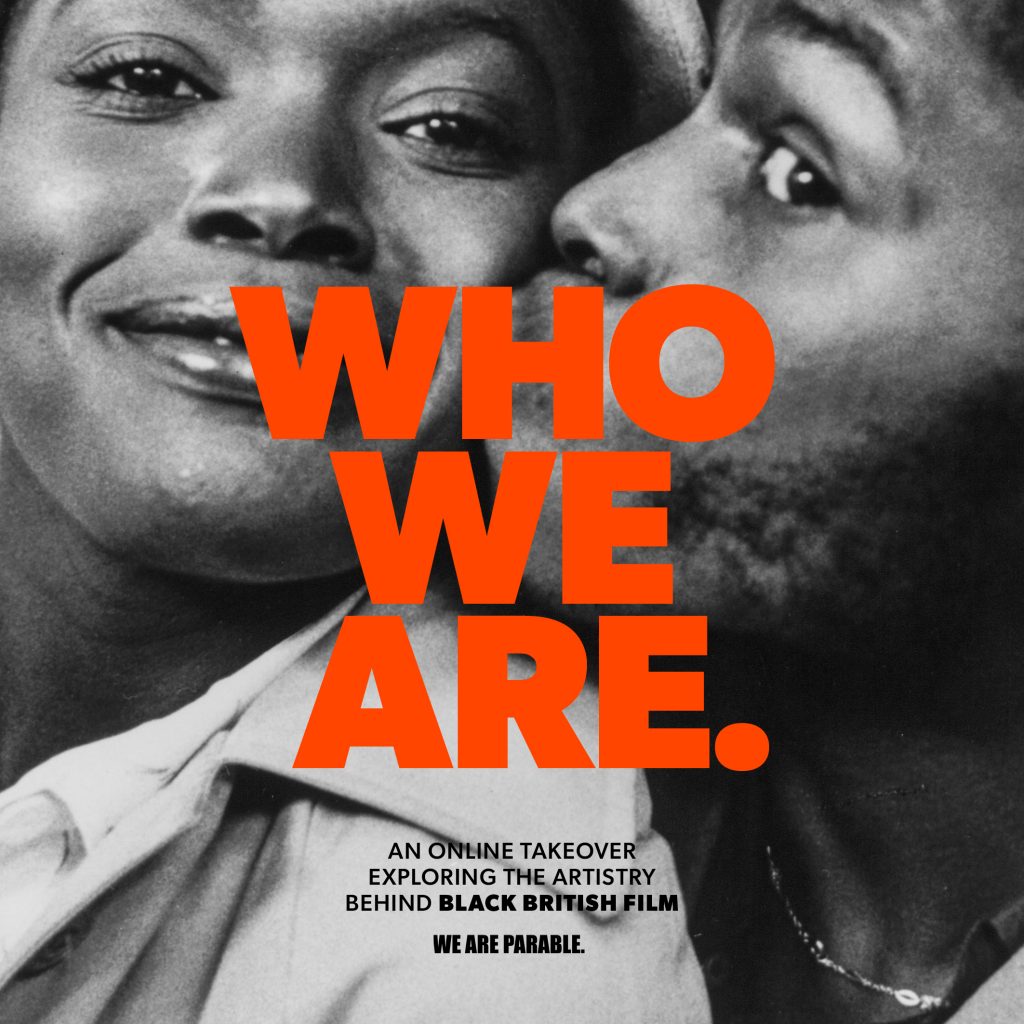 A New Way of Telling Stories

Instagram Watch Party: A UK-based online watch party of “Queen & Slim” on Instagram on 25th May was the first event they put together for their social media followers during lockdown, including poetry and a DJ session afterwards.

MUBI Collaboration: Working with streaming platform MUBI has meant they’ve been able to offer their social media followers a free three month subscription to the online curated film collection. Over 2000 followers redeemed this offer and, thanks to the success of this initiative, the two companies are now discussing future projects.

Black Audiences Returning to Cinemas: The UK Government published a report in June on the impact of COVID-19 on Black and Minority Ethnic groups, confirming, rather starkly, that they are four times more likely to die from contracting COVID-19. In returning to the cinema then, it makes sense that extra precautions are needed to ensure these audiences feel as safe as possible. However, We Are Parable struggled to find any in-depth research, or subsequent suggested solutions, into this topic so, partly out of frustration, decided to conduct the research themselves, in partnership with the BFI.

“Who We Are”: A week-long takeover for BFI (British Film Institute) from 13th July saw We Are Parable take the reigns of BFI’s online channels for a week, as they put together “Who We Are” a series of online events and scheduled films. From the beginning, the intention was to represent the stories of Black people in the UK.

Anthony says of the takeover, “We didn’t want to pop up on everyone’s timelines for seven days and disappear. We wanted this project to inspire and to lead.” To do this they were determined to identify and incorporate longer-term initiatives to support future generations of Black filmmakers.

Working together with the BFI Film Academy, the “Who You Are” competition was devised for filmmakers aged between 16-19 to submit their work. The winner, chosen by We Are Parable, will have their work shown on BFI player to thousands of subscribers. And finally, collaborating with several film organisations, a series of mentoring sessions for young people wanting to get into the film industry have been pulled together by We Are Parable. 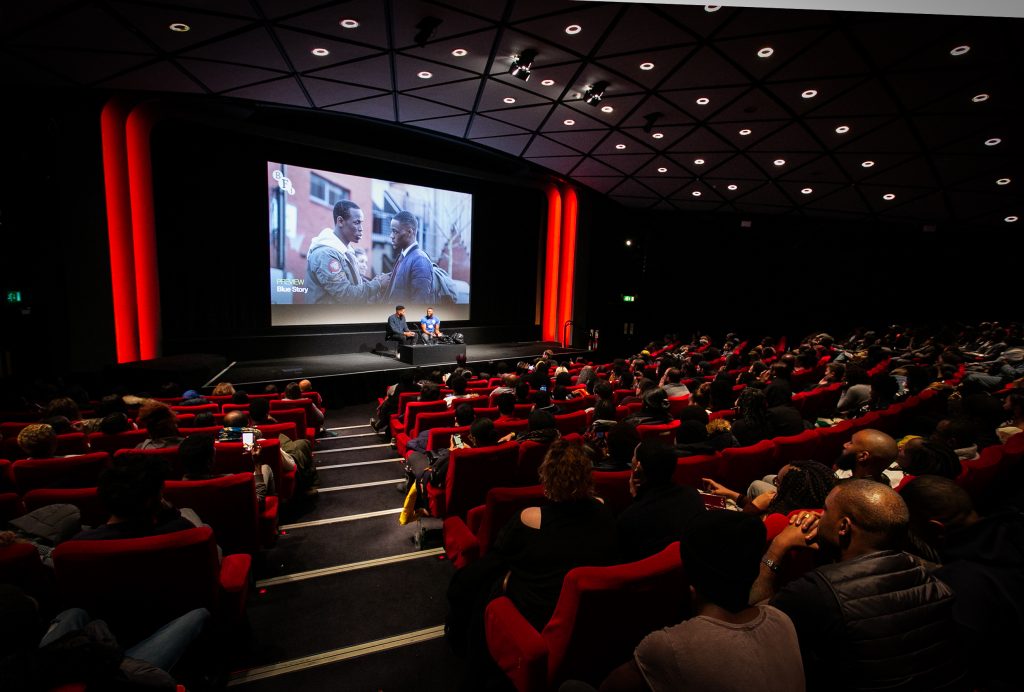 As well as bringing value to audiences, promoting and celebrating Black artists has driven their work from the beginning of We Are Parable’s journey. But the developments of recent months and years, predominantly the Black Lives Matter movement, reinforces why their events are more important than ever.

In a commercial sense they want to provide their audiences with value: value for money and value in the sense of fulfilment so that guests leave satisfied and moved, if possible. But the telling of Black stories through film, music, poetry and other creative outlets is the bedrock of their message, providing recognisable stories to their audiences who relate to the experiences they see on screen.

Dynamic story-telling through these experiences has led to We Are Parable being described as “Easily one of the most exciting and innovative companies working in the UK film industry”. And for a small company that’s been in a pandemic-shaped straitjacket over the last few months, it would be easy to write them off as another casualty of COVID devastation.

But given the success of their back catalogue and the accolades they’ve accrued in a short space of time, something tells us they’ll be back telling stories and creating experiences, stronger than ever. Their motto, after all, is Experience Over Everything – and having the kind of experience that they offer and that invokes strength of feeling will stay with you forever.