The film industry has, for the last 100 years, always proven itself to be recession-proof, having reaped the benefits of being affordable Out Of Home (OOH) leisure entertainment. But sadly, the last four to six months have shown the industry to not be pandemic-proof. So with a severe recession looming on the horizon for many, which countries’ film industries will be more resilient and demonstrate a quicker recovery? And what data can be used to consider potential outcomes?

The unique, disconcerting circumstances the industry finds itself in as a result of the pandemic – from production to distribution and exhibition – is challenging in many ways. But the continuously shifting landscape makes a difficult situation even harder. With the best will, and data analysts, in the world very few have direct experience of a pandemic on this scale. And that means the outlook of the next six to twelve months for the recovery of the industry is incredibly difficult to (accurately) predict.

Despite the lack of a magic scientific formula, common sense and some simple analysis can be applied to available data when looking at the coming months for the holistic film industry. To stimulate discussion around which territories may be best placed to bounce back, let’s consider the following:

A territory’s own national content production and output reduces heavy dependence on Hollywood studios. For example, Iran has an average of 93.2% Iranian content production. China has 63.2% local content share (average taken from 2018 & 2019 figures: see infographic below).

2. COVID-19 Cases per One Million Residents

The number of COVID cases recorded in a country will clearly correlate to how likely an economy is to restart successfully. If case numbers are high a government will prioritise investing resources and energy into minimising outbreaks, over immediate economic recovery.

If state aid is provided by way of a financial package or indemnity fund, the film industry – as part of the wider economy – will be more assured of a quicker recovery.

Film production resumption is essential to kick-starting the movie supply chain. A complete stop in actual film production – and a repeated postponing of Hollywood tentpole releases “Tenet” and “Mulan” – means that although exhibitors are tentatively reopening in certain territories there is currently no new content to screen. And to bounce back, this will need to change.

Territories with higher numbers of admissions per capita should see a quicker return of customers to cinemas, with avid film fans likely to have missed the cinema experience. However, this is dependent on the demographic of specific audiences. If the average attendee age is higher, these audiences may be more hesitant to return to the cinema space.

Olivier Dock, Chief Executive, Whitebench Ltd, conducted an exercise by taking the above factors into account and applying them to sixty different global countries. The resulting list (see infographic below) details the top twelve countries most likely to reignite the ecosystem where feature films can embrace traditional exploitation methods once more, as quickly as possible.

Of the exercise and resulting findings, Dock said, “A few assumptions have been made in the weighting, and weighing up, of these factors, chiefly the necessity of local content enjoying at least a 50% market share. When this was not recently the case (for example, the UK and France), other elements were taken into account such as industry and government efforts towards a production insurance backstop fund.

A shortlist of countries quickly emerged as potentially being more resilient in terms of local production-exhibition synergy. If pre-pandemic admissions per capita are any indication of the propensity of audiences to return to cinemas as they re-open, then South Korea, France and the UK appear to be in slightly better positions.

Given the current uncertainty as regards the above three factors across the Atlantic, the United States has been kept out of the picture –positive certainty around those three factors would very likely put the US on top, both in terms of domestic and global recovery.”

Developments in the US and China

But of course the industry is constantly working to moving targets, clearly illustrated by China’s recent cinema reopenings on 20th July after their initial closing of screens in January, then reopening, then reclosing again in April.

From a distance this news is to perhaps be celebrated, but up close many caveats in place mean that those exhibitors who can open will find profitability something of an uphill struggle. Similarly, the US, particularly California and Florida, has experienced its own round of cinema closures and openings. As a result of spiking coronavirus case numbers, the latest closures from Governor Gavin Newsom happened as recently as 13th July.

A positive note for Chinese operators, however, is that a raft of releases originally slated for Chinese New Year have been held onto and not shifted instead to a PVOD (premium video on demand) release. This commitment to the theatrical release window is hopeful.

Dr Hiu Man Chan, specialist in UK and EU-China film industry relationships, says, “China now has an inevitable responsibility to restore confidence in the global film industry. In order to do so, it first needs to become more confident in further opening its market. A speedy recovery for China’s film and cinema industry is in everyone’s interest while it is indeed becoming the biggest market for non-Hollywood foreign films, offline and online.”

Although there isn’t a reliable crystal ball to consult, there are positive signs for the industry as a whole, with certain countries looking well-positioned to restart their industries relatively quickly.

The upcoming Shanghai International Film Festival (re-scheduled to start 25th July) coupled with China’s latest cinema reopening on 20th July, plus the six titles held back for theatrical release, all point to a hopeful future. With Japan and South Korea’s placement in the data exercise, and a recent successful theatrical release for the latter’s zombie film “#Alive”, Asia shows signs of being a resilient grouping of countries.

The steady reopening of cinemas and resumption of film production across Eastern and Northern Europe, and others, is an encouraging step – and long may it continue – but it would be foolish to ignore Hollywood’s crucial role in the successful box office results for many of these nations.

[With thanks to and insights courtesy of Olivier Dock, Whitebench Ltd] 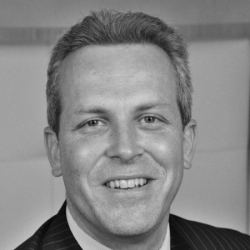 Formerly Rob was Managing Director of Apollo Cinemas, overseeing an estate of 14 cinemas and 83 screens until its sale in 2012.