Many disruptions brought about by the coronavirus pandemic have devastated the global cinema industry, with one such example being the cancellation of the annual, much-anticipated CinemaCon. During this year’s Las Vegas conference a host of awards were due to be bestowed upon deserving industry figures and companies for successes and achievements throughout 2019.

In particular, this year’s CinemaCon “Excellence in Event Cinema” award was to be presented to Paris-based distributor Pathé Live for their notable success with K-pop boy band “BTS World Tour: Love Yourself in Seoul.”. And although, sadly, they never got to receive it in person here’s a look at the award that would have been…

Pathé Live
No stranger to success in the event cinema arena, Paris-based Pathé Live have been active since 2008 producing and distributing content. A subsidiary of French cinema company Pathe Gaumont Cinemas, they have a stellar regular classical arts programme, having been the exclusive distributor of “The Metropolitan Opera Live in HD” series in both France and Switzerland since its inception. Further territories added later were Lebanon, Morocco and Tunisia.

Ever since 2010 Pathé Live has produced and distributed – internationally – the “Bolshoi Ballet,” live from Moscow and, more recently in 2016, launched a new series with the French National Theatre. They’re also responsible for a wide-ranging programme of regular concerts, stand-up comedy and documentary releases, both locally and internationally.

Content is King (and K-Pop-Shaped)
And so in the spring of 2018 Pathé Live approached Big Hit Entertainment, BTS’ management company, having spotted an opportunity to release their “Love Yourself in Seoul” concert theatrically. After discussions, Big Hit Entertainment entrusted Pathé Live with the worldwide theatrical rights to the concert, excluding Korea and Japan.

A one-day-event release date was set for January 26th 2019, 2D encores followed (9th and 10th February) and it was the first-ever event to offer ScreenX encores (27th January and 10th February). Although BTS had never before released concert-only content, Pathé Live secured over 4,600 locations across 107 territories overall, making it the widest-ever global event cinema release at that time. It became the highest grossing worldwide event for a one-day-only event, taking $12.1million on one day across 100 territories with USD $2.86 million from the United States alone.

To lend some context to this – although the figures speak for themselves – BTS are a seven-piece South Korean pop band that, in the last few years, have risen to international stardom. They’re the first K-Pop act to ever hit number one on the American Billboard Artist 100 chart. And their international fanbase, known as “Army” (short for Adorable Representative M.C. for Youth), are huge in number, incredibly loyal and engaged with every move the band makes which takes us onto… 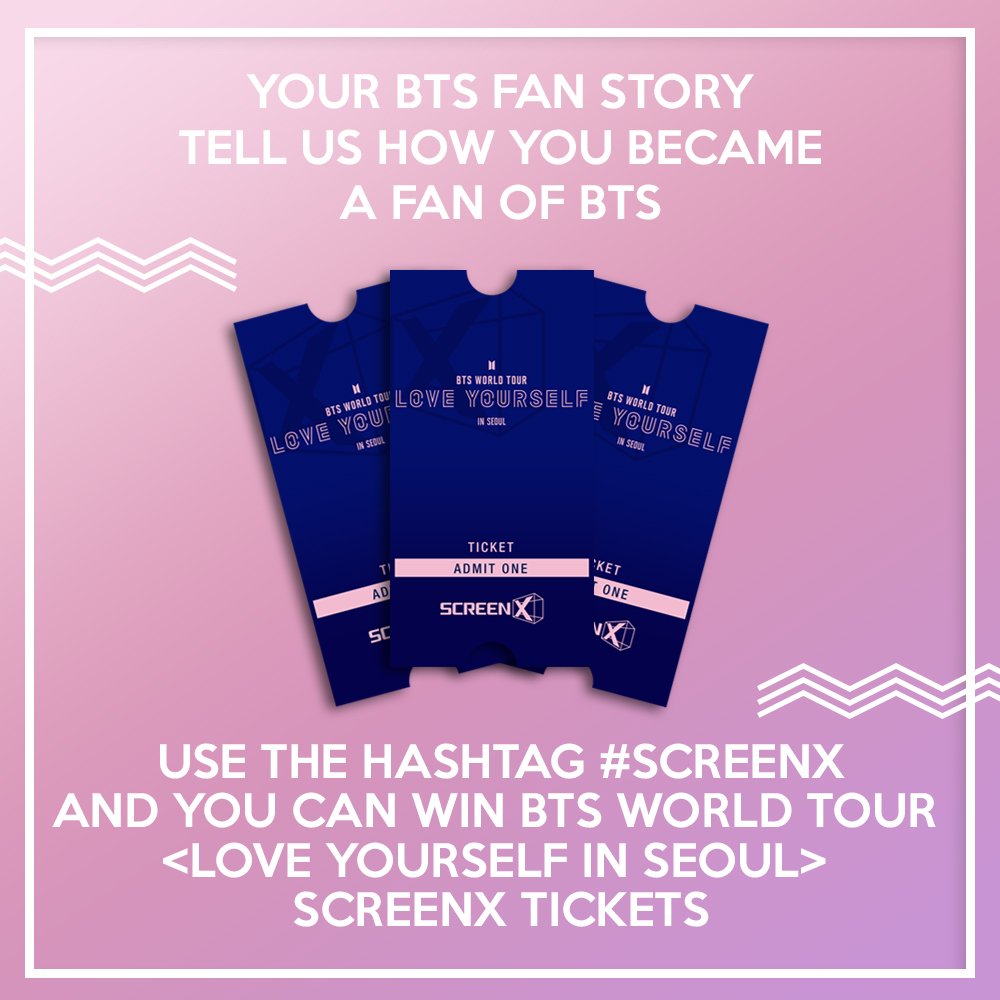 An Astute Observation
What Pathé Live had spotted, and subsequently went on to utilise in their campaign, was how connected BTS were (and are) with their legions of fans around the world. Raphael Lemée, International Sales Manager for Pathé Live, attributes a large part of the event’s success to this and said, “It was an incredible chance to work with BTS themselves who have one of the most dedicated fan bases in the world. And because of the audience we were targeting, most marketing was through social media and digital campaigns.”

Social media’s essential role in the marketing of the event was integral to building up an excitable buzz in the lead up to 26th January, through daily engagement with fans. And the band’s involvement themselves was critical in pushing key messages out such as announcements about the event, shoutouts and exclusive content clips.

About the Award
The award itself was conceived five years ago in 2015, after a flourishing decade for Event Cinema. Working closely with content distributor North America-based Fathom Events, CinemaCon devised the accolade with the aim of it being used to celebrate those who have pushed the industry to become the multimillion dollar industry it is today. Innovative content, like “BTS World Tour: Love Yourself in Seoul,” is recognised for pushing the boundaries of a traditional cinema’s function, and for the ability to transform movie theatres into rounded “entertainment venues”.

Previous winners of the CinemaCon “Excellence in Event Cinema” award include The Metropolitan Opera for their “Live in HD” series (2015), BBC Worldwide North America for their catalogue of work including the “Dr Who” series (2016) and Turner Classic Movies (TCM) for their “Big Screen Classics” series (2017).

The Decision Process
In past years the decision of selecting the winner came right down to the wire, with a range of hotly debated titles between distributors. To avoid any issues and to move forward as fairly as possible, CinemaCon decided to create a formal set of guidelines to follow and to appoint voting rights to a select industry panel.

And there’s no doubt 2019 was a huge year for the Event Cinema sector, making the decision particularly difficult. With UK-based theatre giants NT Live’s “Fleabag” and Trafalgar Releasing’s “Metallica and San Francisco Symphony: S&M2″ as two other smash hit examples of last year, the competition was fierce.

But there’s no denying the worldwide-reaching BTS phenomena which continues to go from strength to strength, which Pathé Live played their part in growing and solidifying. So “BTS: Love Yourself from Seoul” was the CinemaCon 2020 “Excellent in Event Cinema” award winner, and in lieu of the industry being able to gather in Las Vegas this past March, that’s the story of the award that would have been.