“So, What Happens Now?” How UK Cinemas Keep Going

It’s been a long old year, this week.

It’s a sobering thought that our industry, like many others, temporarily doesn’t exist. In a little more than a week we at Celluloid Junkie have gone from tracking and reporting on the measures that cinemas were taking to keep customers safe, to monitoring partial, and then full closures. And finally, in the duration of 24 hours in the entire UK cinema industry was placed on ice, with the few remaining European territories following suit.

Less than 7 days later however, 507 cinemas have re-opened in China. It’s a slow start (that’s about 5% of total cinemas) but it is a start nonetheless. There is light at the end of the tunnel and in time, a boom will follow the bust. To quote Vue CEO Tim Richards in a recent article “When it is over there will be a demand to get out like we have never seen in history. There is no scenario after lockdown [where] people will say ‘I’m not going out, I’m staying in to watch Netflix’.”

With that in mind, we each have a responsibility to satisfy our audiences like never before. With the UK government thankfully announcing measures which will (hopefully) guarantee the survival of most of our cinema businesses our time must now be spent preparing ourselves for the moment which the doors will open once again.

Just as a hotel may close for a couple of months for a refurbishment, let’s use this down time as an opportunity to make sure that our cinemas are in the best possible shape for when that time comes. For it will be glorious. 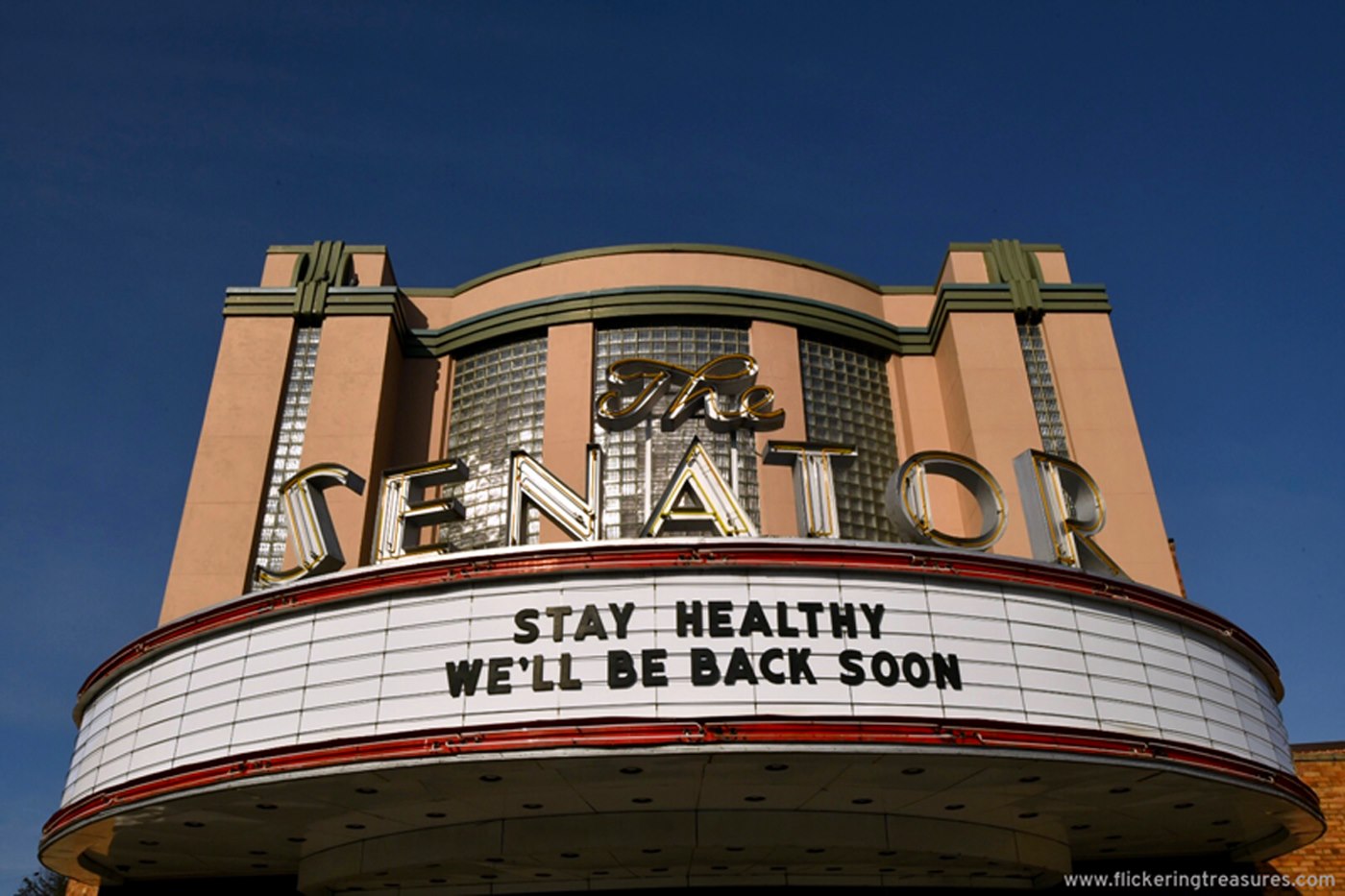 Firstly, let’s start with the Housekeeping.

As brilliantly summed up by Kevin Markwick of independent and award-winning cinema and restaurant  The Picturehouse, Uckfield (UK), “who knew that closing down and potentially going out of business would be so time consuming?” There is a lot to take care of. Think of this as that crazy week preparing your handover notes before you go away on a trip.

With an unprecedentedly large fiscal rescue package being announced by the chancellor, there are financial measures now in place to help you and your staff. You will have no doubt have already made some key decisions regarding what is required from them in the upcoming weeks (more on this later). The key challenge here is communicating to all staff in a clear and compassionate way. Your staff are your biggest asset and you will rely on them more so than ever before when you re-open. Each of them will have questions: even if you do not know the answer take time to listen and empathise with them. Well paid CEO? Many exhibitors’ top execs are taking pay cuts – something that you may wish to do too.

The UK government has confirmed that, following a mandatory closure, businesses who hold business interruption insurance will be able to claim on this – a stark change from the picture the sector was facing only a week ago. Business rates are also being suspended for cinemas in the UK this year and all cinemas should be having conversations with their landlords to discuss rent deferrals and payment holidays. It is highly recommended to seek legal property advice to see where you stand.

In addition, many small UK cinemas will qualify for the Business Loan Interruption scheme, the ability to defer tax payments and access grants. The BFI have published a particularly helpful list of financial support measures for cinemas and SME’s which can be found here.

It’s time to review your concessions inventory. What do you have? When does it expire and what’s the best way to run it down? Stock losses may well be covered on your business interruption insurance. It’s also time to advise your suppliers with whom you have regular scheduled deliveries to put everything on hold for a while.

Equipment – your sound & projection kit needs to be powered down safely. Most manufacturers have provided guidelines on how to do this – the CinemaNext guideline covering many makes of equipment can be found here and the Cinema Technology Network have posted a similar article. Talk to your integration partners about extending warranties, and have you reviewed and reduced all contract services such as maintenance and cleaning?

Forecast – As terrifying as it may seem, it’s critical that you have a handle on what your cashflow situation looks like in one month, two months and three months from now assuming it will be at least June before we see any restrictions beginning to ease. At what point do you need to start applying for extra assistance? It will also highlight any unexpected bills that may catch you off guard whilst cash flow is tested. 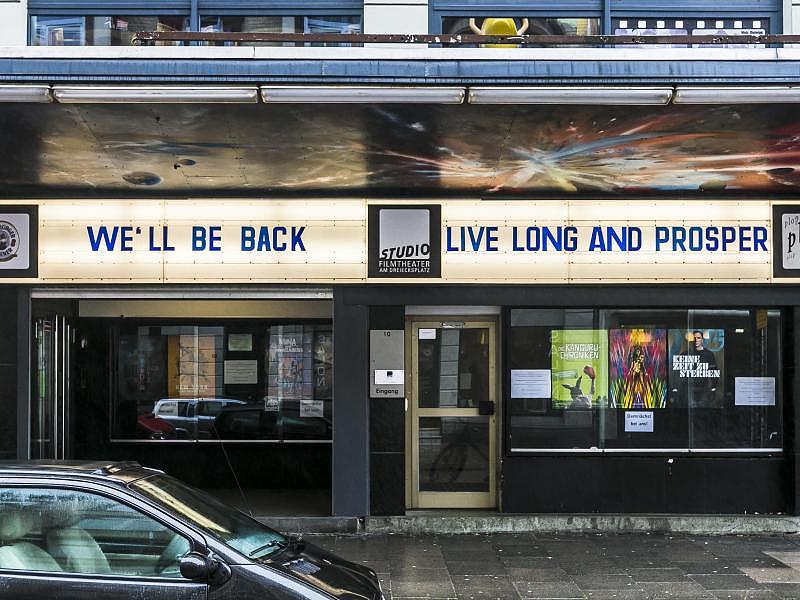 Hamburg Kiel Cinema will be back too. (photo: XKan 36 News)

The doors are shut and your house is in order. Your focus now should be on two things – engagement of staff and customers, and creating some sort of plan for re-opening, whenever that time comes.

Quite possibly the most valuable tool for your staff right now will be access to a vast array of content, to keep them thoroughly engaged in the medium of film. Most will have access to Netflix and Amazon for mainstream content, so here are some nice alternatives which many may not have heard about.

Getting back on our feet

Much can be learnt from the experiences of our Chinese colleagues and the key takeaway is that our wonderful industry will gradually wind back up to full speed. There will be no magic date, and consumer confidence will take a while to return to all hospitality and leisure-based activities. The steps that we take over the next few weeks will certainly assist with that.

Once open again, it is likely that social distancing measures will still be employed with an increased focus on health and wellbeing of customers.

The key question for exhibition will likely be “what films will there be to play?” and in this gradual rollout strategy it is unlikely that any major release will want to be the first. China re-opened its doors playing re-releases and old titles unreleased previously in the territory, at a reduced price and with exhibitors keeping 100% of the box office; a model unlikely to be repeated in Western Europe but an interesting case study nonetheless. And moving forward, “Jojo Rabbit” has a limited release scheduled for April 3rd, with “1917”, “Dolittle”, “Ford V Ferrari”, “Bad Boys for Life” and “Sonic” all looking likely to receive an April-May release (having missed out on them earlier in the year).

Despite the burring of lines between theatrical and home entertainment releases in these unprecedented times, the Film Distributor’s Association’s Chief Executive Andy Leyshon demonstrated a show of solidarity in a letter to the UK Cinema Association. “Please rest assured that this crisis will not diminish the strong bonds built between distribution and exhibition over the last century. Our sector will get through this upheaval and experience many better days to come in the future. FDA will remain in contact with UKCA and Cinema First over the coming weeks, and, when the time comes, we should all start to consider the ambition needed to regain the hearts and minds of cinema-going audiences.”

The films will return. The audiences will return. There’s no denying that this is a trying time; one which no one will ever want to repeat but trust me, with a positive mental attitude and a little bit of hope, we will all be stronger for it.