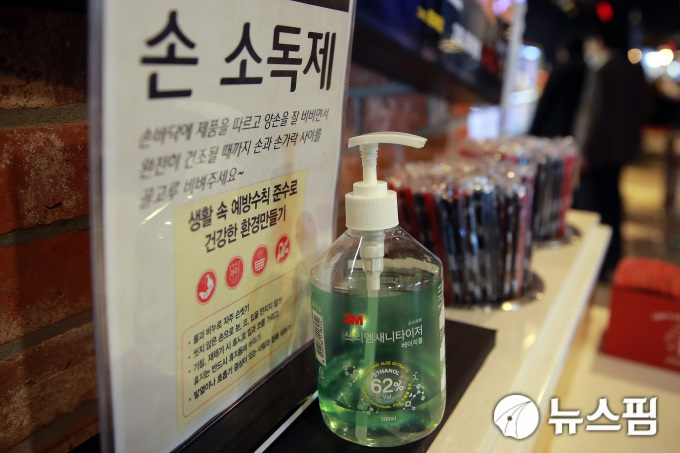 Sat alongside straws and napkins on a cinema concessions counter in South Korea is a bottle of hand sanitizer. The few remaining customers wear face masks, and have had their temperature taken with a gun-like device on entrance to the auditorium. Scenes like this feel more suited to the big screen, yet it is now reality for the customers sitting in front of it.

The rapid spread of COVID-19 has hit cinemas in the Asia Pacific region hard. Cinemas are facing a severe audience decline: 70,000 Chinese screens are closed, and yesterday South Korea fell below 80,000 admissions for the first time in 16 years with just 470,000 admissions over the weekend – a 60% drop on the 1.2m of the weekend prior. And all at a time when Korean cinema should be enjoying a boom thanks to the phenomenal success of the Academy Award winning “Parasite”: a film focusing on, ironically, economic, psychological and social disruptions. East Asian cinema can surely be considered in the words of Charles Dickens to be at both “the best… and worst of times”.

Cinemas in the region are deploying emergency management systems and working with government departments in order to actively prevent the spread of the virus. “The movie theatre is a representative multi-use facility which is concerned about the safety of the audience as the Corona 19 infection spreads” the Yeong Jin Film Commission said.

All three of Korea’s largest chains: CGV, Lotte Cinemas and Megabox are measuring body temperatures as customers arrive.  CGV quarantined and disinfected all of its sites as did Lotte Cinemas for each cinema within a 1k radius of a confirmed case, and Megabox has thermal imaging cameras in its key locations. The number of performances per day has also been cut with longer turnaround (cleaning) times in between shows. It’s a difficult time to be a cinema owner: with overheads remaining high but occupancy dropping to 3.5% they are encouraging staff to take unpaid leave and executives are taking pay cuts.

Whilst focus is rightly on the here and now, the impact on future scheduling will also be felt for some time.  With most film releases being delayed, a logjam is inevitable. “We are trying to avoid changing release dates where possible, but we are re-forecasting some films” a studio executive in the region tells me. “The cancellation of all public events such as premieres and press and influencer activities will also have a significant impact on awareness”.

The shift in audience viewing habits has predictably created opportunities for some businesses.  Netflix is already running “Top 10 Korean Films Today” in the local area and China’s Huxani Media Group turned to an unlikely partner for the release of their Chinese New Year themed film “Lost in Russia”.  Byte Dance (the company behind Tik Tok) secured exclusive access to “Lost In Russia” and other Huxani movies to live stream on their platforms. They paid $91m, the deal was concluded within 24 hours and the film had racked up 800m views two days later. The Chinese Film Studio and Theater Association understandably complained that [Huxani were] “destroying the cinema industry by giving it away for free” however there is clearly a moral and social side to this argument for a country on lock-down.

Despite the preventative measures being put in place, it is apparent that the fear caused by them is keeping people away.  It’s not just cinemas but most public spaces, and as cinemas in shopping malls dominate the region there is little hope of an immediate turnaround. Also not helping halt the decline is the encouragement of employees to work from home; they simply aren’t going out any more.

Ironically, in some parts of Northern Vietnam where both some cinemas and schools have been closed, there has been an increase in children going to the cinemas which do remain open.  The only films to have really bucked the downward trend are the family films (Sonic the Hedgehog in particular). And in areas with no declared cases and less media coverage such as the densely populated Indonesia and India cinema attendance remains high.

It is clear that COVID-19 has sent shockwaves throughout the entire Far Eastern film industry.  Businesses are taking each day as it comes though are acutely aware that this could represent an irreversible shift in consumer habits.  For now though, no one has any idea how widespread the problem could become and how long it will last. Western cinema owners watch and wait.

Update: February 25, 2020
Since the original publication of this post, cinemas in Iran and Italy have now been forced to close.