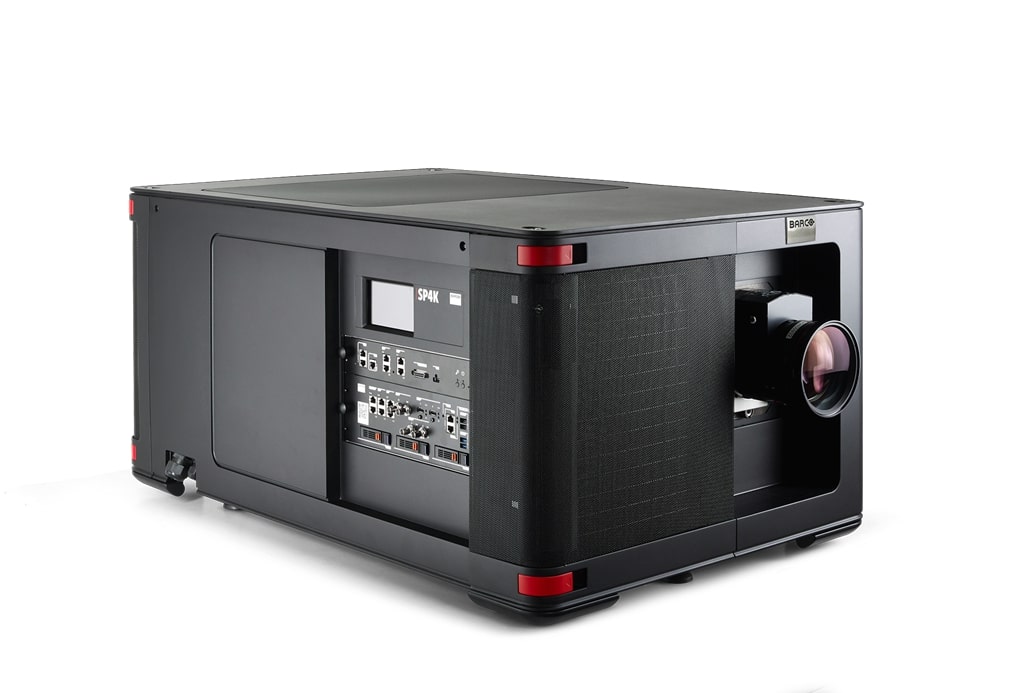 In the Austin Powers films, arch-nemesis Dr Evil’s plan for his “laser” had somewhat less-than-sustainable motives, including blasting through the Ozone layer and attaching them to the heads of sharks (the curious part of me would still like to see this). But from a sustainability perspective it’s not breaking news that laser is the greener projection option available to cinemas. Using less energy than Xenon lamps, research shows the benefits of switching to laser which, as well as lower power consumption, also removes the need for hazardous material contained within the lamps.

So with these benefits, and others, in mind and gradual movement towards a more sustainable industry, who’s providing what when it comes to laser projection manufacturing and a greener business ethos? Because sustainability shouldn’t be a competitive issue, we’re releasing a couple of CJ Green articles, highlighting all the eco-friendly work that’s happening in the laser projection field. Barco is our focus for this article, with Christie and NEC following.

Please note that the discussion below is not an exhaustive list but a summary of some of Barco’s environmental work and targets – their website provides more information.

B is for Barco

When visiting Barco’s website, it’s clear to see that sustainability has been taken to the core of their business, with access to all their initiatives, news and information under one dedicated tab on the main page. Starting with their annual sustainability report, it details the scope of their achievements and future objectives but also demonstrates in and of itself that this is a core focus for their company. The 76 page report covers everything from a thorough sustainability strategy, to how their current performance measures up, all the way to a plan for overall sustainability management.

CEO Jan De Witte is firm in his belief that sustainability must permeate throughout the company but must come, importantly, from the top down. Out of seven company values that Barco operates in line with, one particular value was originally articulated through the words “We care about people”. But in 2017 this was altered to simply read “We care”, to show commitment to the environment and communities too – a subtle but significant change.

An ambition statement in the report neatly details three key areas that Barco is focussing on:

On top of customer and staff engagement from an environmental perspective, Barco has practical goals to reduce its carbon footprint when it comes to operational procedures and production of their products.

A new addition to the Barco website, the ecoscore methodology is an objective tool, and designed to be fully – admirably – transparent. While the company is the first to admit there are areas that need work, the ecoscore grades their own products by assessing the ecodesign performance of each.

Covering four areas that most impact a product’s environmental footprint, it looks at “Energy performance”, “Use of chemicals & materials”, “Packaging & logistics” and “End of life”.

Using a traffic light system, each domain is graded from three available grades. Ecoscoring is integrated right from the beginning, at design phase of the products. In order to reach a high ecoscore these considerations must be made from the very beginning:

0 = red – no effort, or worse than reference or not compliant

If a product excels in energy efficiency – it has to meet a certain number of grades in certain circumstances – then The Barco Eco Product Label is awarded, the Barco Holy (Green) Grail.

And so onto Barco’s actual laser projection.

A nifty marketing video details how and why laser is more eco-friendly, in a quick one minute and forty-nine seconds.

As stated in the sustainability report, laser projectors are 50-150% more energy efficient per delivered lumen than lamp-based projectors. And to quote from the report further, based on Barco’s calculations, “the use of laser projectors could avoid over one million lamp swaps annually in Europe”, a figure not to be sniffed at.

To put the above figure into context, the possible reduction in energy usage by cinema projectors using laser illumination throughout Europe could be by 150GWh annually – the equivalent of the electricity production of a small nuclear power plant in one month.

One particularly interesting feature of Barco’s laser projectors is their end-of-life optimisation. It’s, of course, logical to think that even if a laser projector lasts longer, it still has to be disposed of when it eventually comes to the end of its life. But Barco’s laser products benefit from a modular design, enabling the reuse of standard parts or casing (also known as retrofitting).

In addition to retrofitting they work closely with recycling partners to allow their customers to return used products to them, free of charge. This initiative began in Europe but has now been expanded to Canada and the USA. Each product is given its own recycling “passport” in accordance with the WEEE directive (Waste Electrical and Electronic Equipment), a move that aids recycling of products significantly.

There are of course other reasons to switch to laser, the green aspect only being one of them. Take lower power consumption, for example: as well as being good for the planet, it means your energy bills will be less which, over time, offsets the upfront cost of the projector.

Not only good for your wallet, laser is a particularly stable technology. As an exhibitor, a lamp-based projector requires checking every three to six months to ensure everything is running as it should be. A laser projector, on the other hand, should remain stable and performant for the long term, sans checking.

One final benefit worth noting is that laser requires reduced operational monitoring and efficiency. Staff will no longer have to check, calibrate or swap components of the projector, freeing them up for more Front of House duties. So if you’re in the market for new cinema projection kit and you want to invest in your cinema, quite simply: what’s not to like?

Full disclaimer: Barco are not paying us to advertise their products, they’re just on our (laser) wavelength.

CJ Green is the new sustainability feature for Celluloid Junkie. If you’d like to be part of the feature, wherever you are in the world, or you’d like to nominate another company in the cinema industry who are doing their bit for the environment, then please contact Helen Budge on helen.budge@celluloidjunkie.com