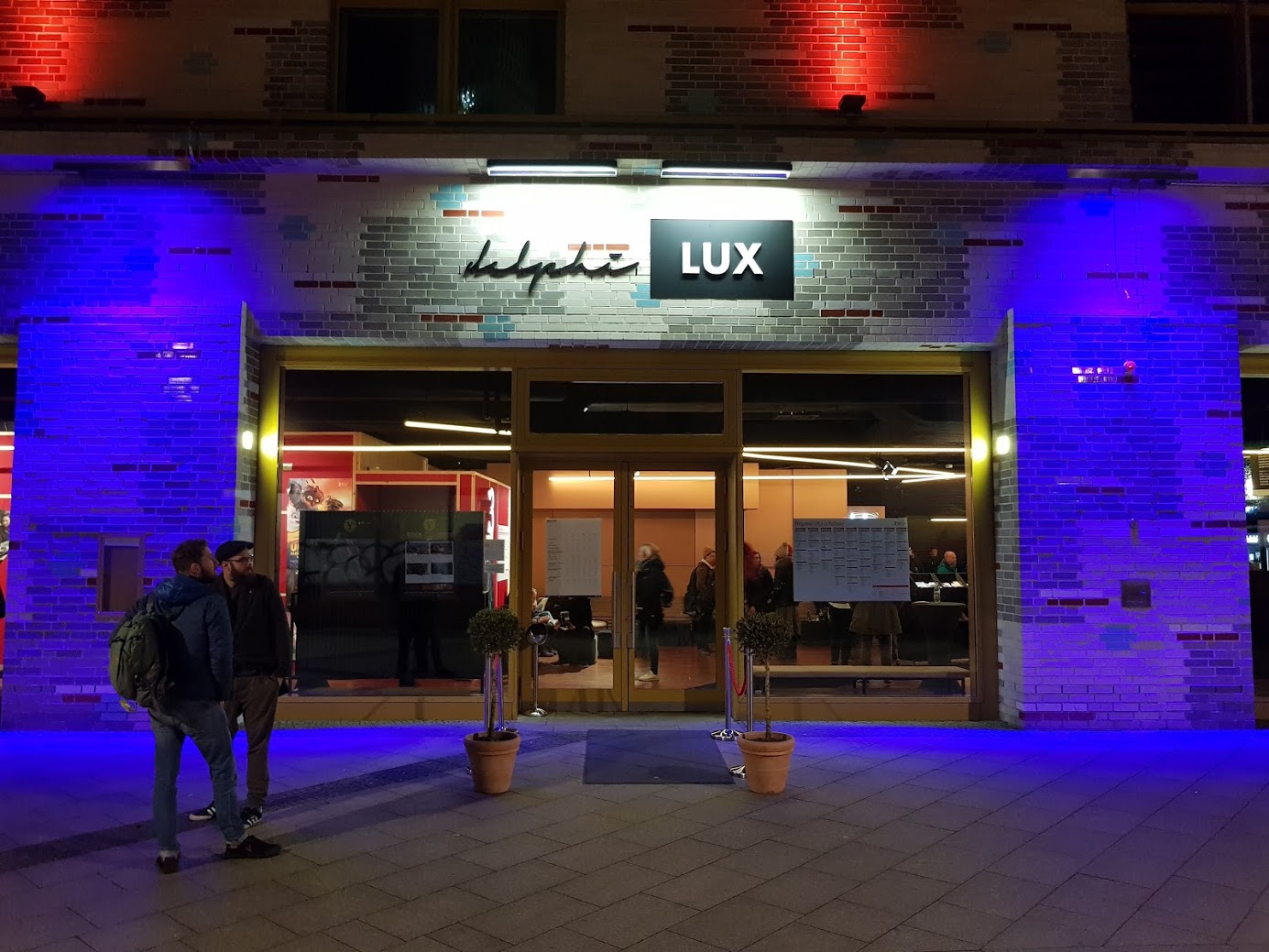 Award-winning Yorck Kinos is the largest cinema company in Berlin, with 14 indoor sites, and an open-air cinema, dotted around the city. Predominantly set in restored Grade II listed buildings, the architecture is varied and impressive, with their oldest building dating back to 1910. With an eclectic history, the buildings have had interesting previous functions, including that of a sex cinema, a department store and a furniture store. Yorck’s Kino International Cinema was even a previous Cinema of the Month.

Yorck’s mission is to offer Berliners and visitors a variety of film genres with soul at the heart of what they do. Arthouse content features heavily on their roster but mainstream content is still available for those that want it. They promise to always maintain their “creative driving force”, with their individuality setting them apart from competitors.

Yorck Kinos opened the first original language houses of Berlin, and have published their own (free of charge) in-house magazine Der Yorcker since 1998, which focuses on news, reviews and events. Their creative flair for programming is apparent in the various film series they curate, including “MonGay” (LGBTQ+ films on Mondays), their “Cinema for Schools” programme and on Christmas Eve their “Holy Sneak Preview Night”.

We take a look at the “green” achievements they’re most proud of.

Powered by Green Energy (“Green-ergy”)
We’re all familiar with fossil fuels as the majority of us have been using them to power our homes for years. But green energy options are becoming a more popular way to power our houses and businesses. There are lots of providers to choose from, and it obviously depends on where you’re based geographically, but swapping to a green energy provider is a great way to help limit your carbon footprint. If you’re in the UK, check out this handy guide here.

Yorck Kinos have been using Naturstrom, a German green energy provider, for the last six years in all of their cinemas, powering everything from film screenings to every day building functions. Founded in 1998 by members of environmental and renewable energy associations, Naturstrom provides energy that is fully independent from the fossil fuel industries, the main factor of their operation that sets them apart from other “green” energy companies. (Sadly, certain clever marketing smokescreens can make out that some “sustainable energy” operators are greener than they actually are).

Naturstrom’s green electricity and biogas products have won them several awards and they now power over 250,000 homes in Germany. Green energy is often perceived as being a pricier energy option but this isn’t always necessarily the case. It does, however, cost more for a cinema company with 14 sites around Berlin and so it was in the interest of both parties to discuss how they could work together.

Receiving 1.3 million visitors through their doors annually, Yorck Kinos were in a position to offer Naturstrom exposure to their audiences to display the work they do, in exchange for an energy “deal”. They created a short trailer to show before every film informing audiences that they were watching a Zero-CO2-screening. Not only informing audiences about green energy options, this initiative also helps Yorck to communicate their own values and ethical stance, in return building brand love for themselves. Audiences are encouraged to switch energy providers themselves and if they do, they receive four free cinema tickets. A triple win for Naturstrom, Yorck Kinos, and the environment!

delphi LUX
Opened in September 2017 in the Charlottenburg region of Berlin, Yorck’s delphi LUX (LUX) is Yorck’s newest – and greenest – cinema. Although the building was formerly used for events, repurposing the venue has allowed the Yorck team to focus on how they can make it as energy-efficient as possible. Fully equipped with LED lighting and being spacious enough to install high-performance dishwashers in the bar area, the LUX promotes a “reusable” attitude. The dishwashers mean that they only stock reusable dishes for any food sold and drinks are purchased in reusable glass bottles.

Yorck are keen on informing and enlightening their attendees as to the necessities of sustainable living through film. As well as regular screenings of documentaries and movies on ecology and climate change, they’ve partnered with the District Office and the State Agency for Political Education to launch the film series #2030.

At the delphi LUX, the first Friday of every month hosts a screening of a film dealing with the UN sustainability goals known as Agenda 2030. After the screening there’s a conversation between the actors, directors, filmmakers and audience members on the particular topic shown. After this initial viewing, school classes then have a chance to attend a screening of the same film at the LUX over the following month.

Kino Natürlich
Lowering your carbon footprint as a business can at first seem overwhelming and unearth lots of questions that may initially seem unanswerable to begin with. Kino Natürlich was an initiative set up for this exact reason by AG Kino-Gilde eV, the Federal Ministry for Environment, Nature Conservation and Nuclear Safety and the Federal Environment Agency and Yorck Kinos are a proud member of this project.

A coming together of now more than 330 German cinemas, Kino Natürlich has the following objectives, as explained by Dr Christian Bräuer, CEO of AG Kino-Gilde and CEO Yorck-Kinogruppe:

“Arthouse kinos have always conveyed important themes and values ??through their varied and demanding film selection. With the project KINO NATURAL [Kino Natürlich], we now assume overall social responsibility for the implementation of the 17 global goals of the Agenda 2030. With concrete climate protection measures in the reference cinemas and smaller measures in as many cinemas as possible, we want to conserve resources, efficiently develop operating processes and prepare ourselves for the future as a cinematic industry. ”

In particular, Yorck will seek guidance and advice from Kino Natürlich on the renovation of one of their cinemas in September, in order to act and proceed as sustainably as possible.

CJ Green is the new sustainability feature for Celluloid Junkie. If you’d like to be part of the feature, wherever you are in the world, or you’d like to nominate another company in the cinema industry who are doing their bit for the environment, then please contact Helen Budge on helen.budge@celluloidjunkie.com