Celluloid Junkie is proud to have partnered Vista Cinema for the Cinema of the Month series. Vista is the world’s leading cinema management software solutions company. We won’t just be featuring cinemas whose operators use Vista, but we will surely mention when that is the case. CJ would like to thank everyone at Vista for partnering with CJ to showcase some of the most interesting, innovative and inspiring cinemas from around the world.

Battersea, South West London. Best known for its riverside park, its iconic, quadruple-chimneyed power station, in which Sting bought one of the first newly-built apartments. And that infamous Pink Floyd album cover with the inflatable pig, Algie.

Battersea has, however, always been slightly overshadowed by nearby Clapham’s more comprehensive high street and transport connections, not to mention its yummy mummy population. For a lot of the 20th century the area wasn’t particularly outstanding. But that all started to change when particular areas of prime, more central London real estate began to push younger inhabitants further out due to rocketing rental and mortgage costs.

The, perhaps inevitable, gentrification process of the area began in the late 20th Century and has progressed since then. In recent years it has proven itself to be an area of transformation, receiving considerable redevelopment, including plans for an extension to the Northern Underground line. The relocation of both the United States and Dutch embassies to the area shows it’s being taken seriously, as is also demonstrated by its increasing residential popularity with young people and families.

And so to Battersea’s cinema offering. Of which there hasn’t been one, really, which seems strange in light of the suburb’s development over the years to what it is now. Clapham and neighbouring Wandsworth have a Picturehouse and a Cineworld respectively, and over the river in Chelsea, Curzon’s redevelopment continues and you’ll find a couple of Cineworld multiplexes. But Battersea itself hasn’t been a recipient of the multiplex or independent moviehouse treatment – that is until earlier this year.

Journeying to Battersea
The distance from the nearest tube station, Pimlico, is roughly a 20-25 minute walk over the Chelsea bridge. Alternatively, neighbouring mainline train stations Battersea Park or Queenstown Road are slightly closer options if you have a convenient train station to go via.

Once at the Battersea Power Station approach where Circus West Village is – the trendy riverside development that Archlight is located in – you’re greeted by a big colourful welcome “Power” mural.

Wandering through the entrance area, the units – without sounding too clinical – offer up an impressive range of food and drink venues. From Battersea Brewery to Italian eatery Fiume (meaning “river” in Italiano) to Tapas Brindisa, you’re not short of options. Open frontages and al fresco dining create an almost Mediterranean feel on a sunny day, especially with the continental cuisines on offer. An evening or weekend in the sun to fully explore and sample the facilities here would be enjoyable indeed. There was even bunting strung up along the lane, presumably to greet my arrival.

Archlight Cinema
Archlight Cinema opened on 22nd March 2019, engineered and put together by the team behind the Olympic Studios cinema in Barnes, also in South West London (and a previous CJ Cinema of the Month).

The name presumably being an in-joke reference to the famous ArcLight cinema in Los Angeles, Archlight is a small but perfectly formed three-screen cinema sitting furthest away from the river and behind the restaurants on offer. The design is such that it’s easy to see where its name has been derived from. Each of its three screens occupy one railway archway in the brick work, each covered by an arched awning.

The arches containing “Cinema One” and “Cinema Three” are simply laid out, comprised of a very narrow ‘foyer’ space, a (plush and very clean!) bathroom and the screen itself.

Schnacks
“Cinema Two”, however, is where the goodies are – literally. As I wandered into the middle building, it’s plain to see that someone has put a lot of thought into the presentation of the space – specifically the concessions stand – the food options of which are all homemade / popped. There are alcoholic and soft drink offerings and a good range of sweets and snacks including dried mango and a tasty nut mix (which this writer opted for). The popcorn comes in a range of fairly typical flavours (salted, sweet, sweet & salt, salted toffee) and each flavour is attractively presented in old school paper bags. 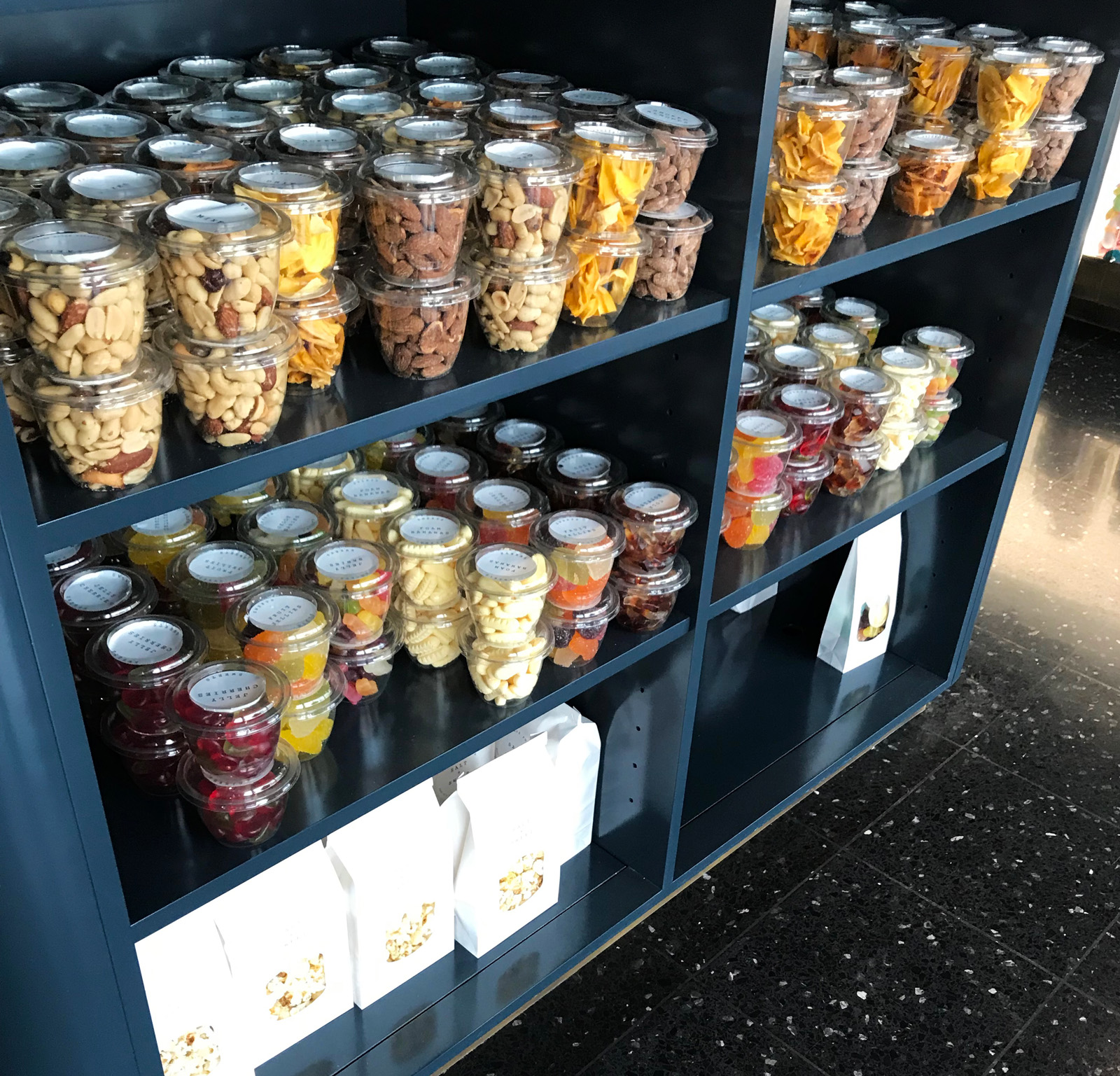 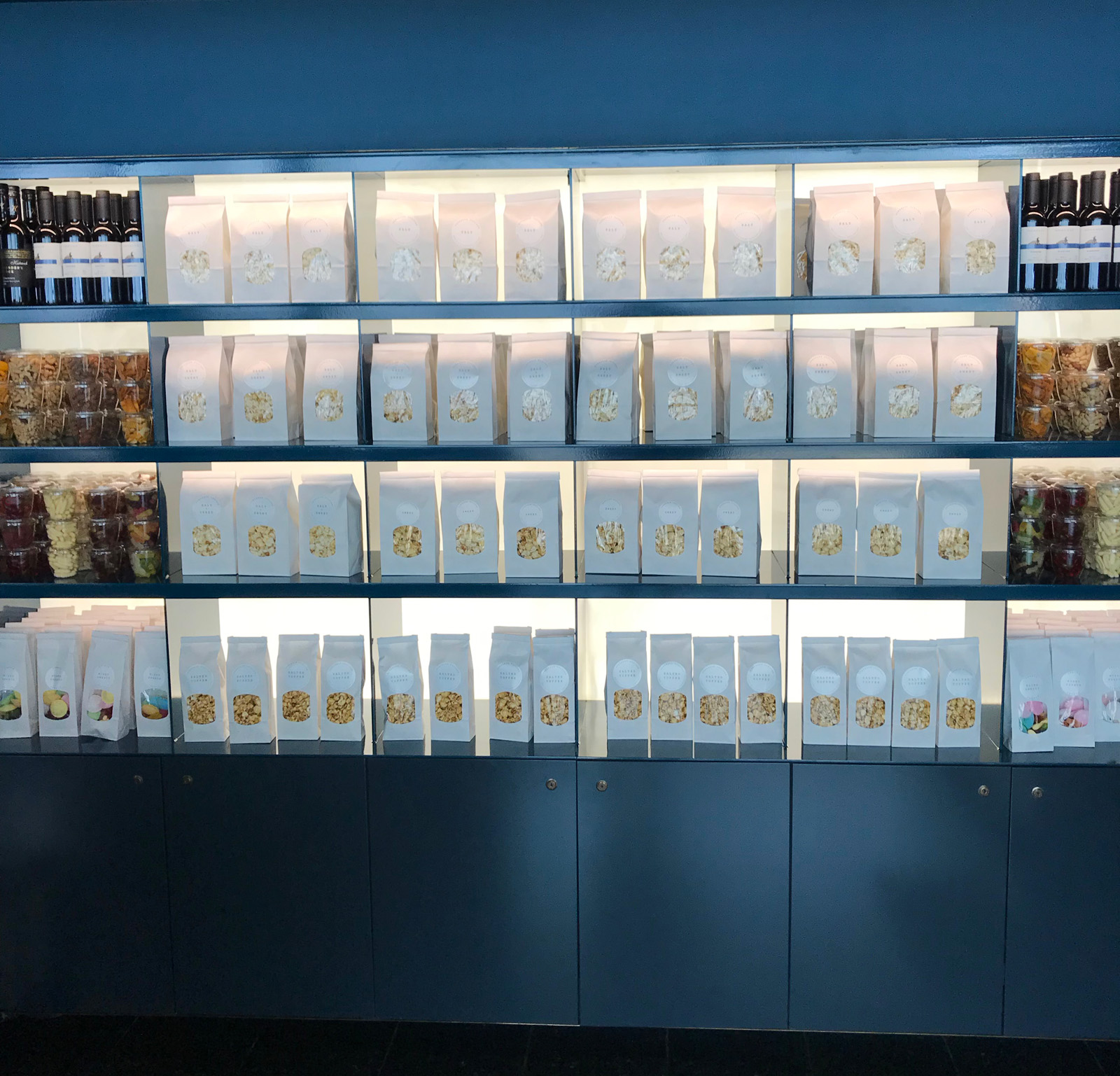 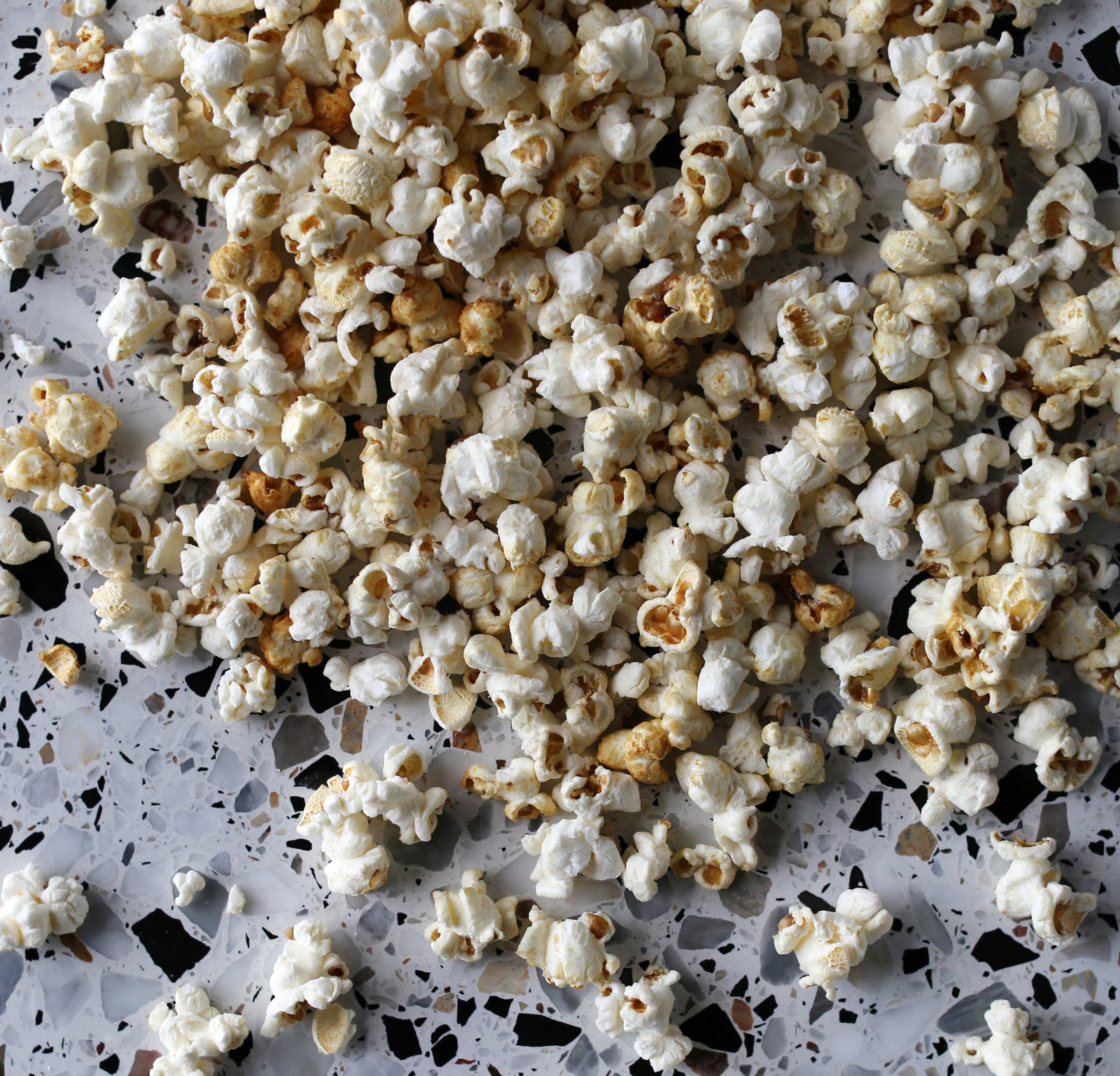 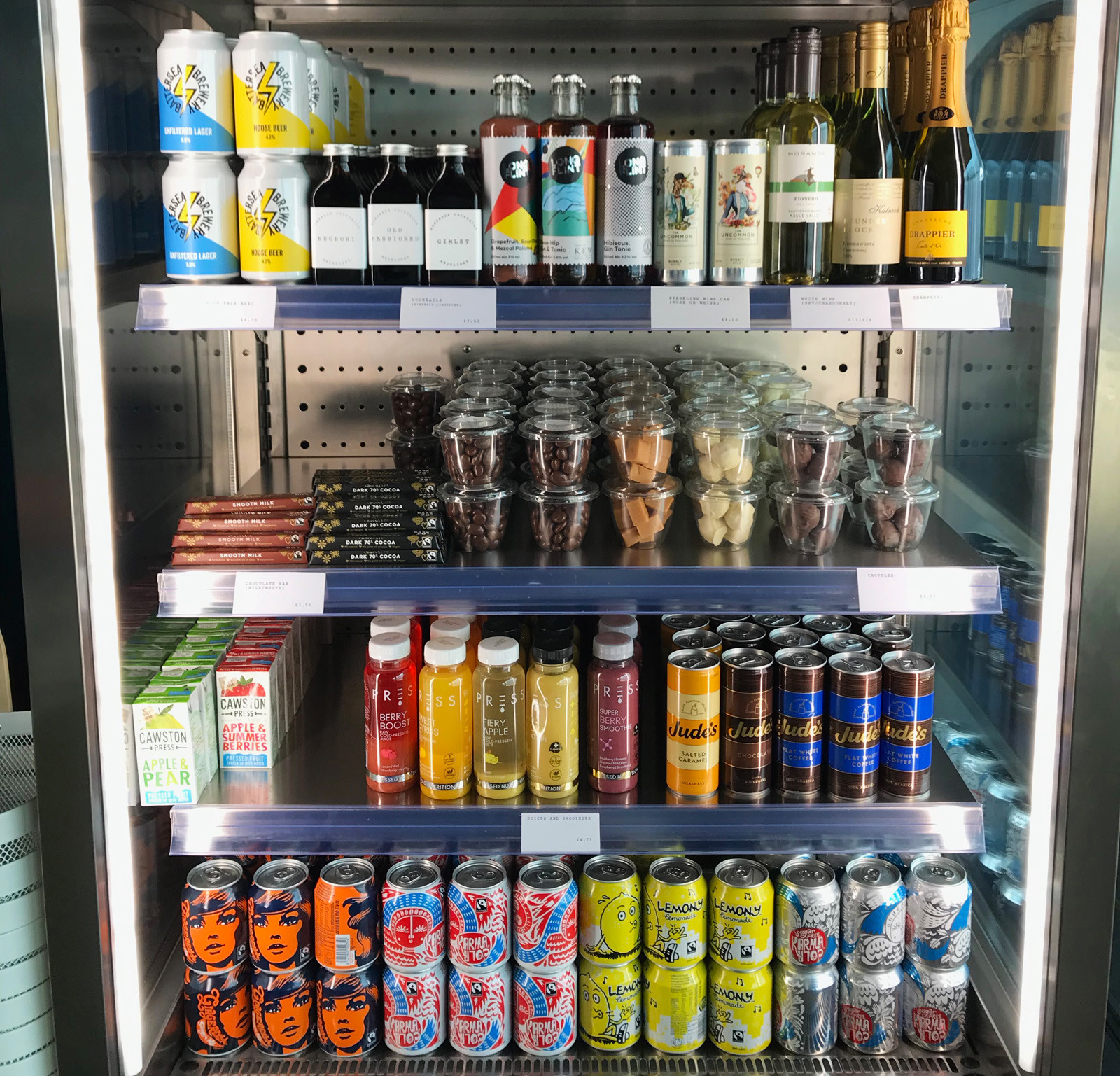 The staff were busy prepping for an audit that sounded quite stressful, clearly having sensibly allocated off-peak operating time to do so on a Wednesday lunchtime, but still were friendly, more than happy to chat to me and let me have a nosy into each screen.

Veezi, Vista’s software designed for independent cinemas, is their operating system of choice, of which the member of staff I spoke to only had glowing things to say, particularly about its comprehensive, human-error-avoiding capabilities.

In the Screen
Danny Boyle’s “Yesterday” was showing in Screen One which opened ten minutes before the film started. Luckily I managed to have a private viewing – I’m quite the celebrity around these parts*. I learned from a friendly member of the staff, who’d also sold me my ticket and nuts, that Archlight’s trade is picking up since opening and they also host quite a few private events, namely a recent one for Amex (American Express).

Each screen is decorated in a different colour scheme and after having a snoop around, I can safely say that they’re all tasteful, each using a dark base colour (purple in my case) complemented by gold finishings. I took my seat right in the centre of the intimate auditorium, placing my nuts and water on the small table belonging to my seat (each seat had one). The recliner was comfortable, although mine kept springing back into upright position at the smallest movement (possibly the only criticism I would have of my entire visit – it did become slightly frustrating, but a first world problem nonetheless).

A pleasant surprise was the Dolby Atmos immersive audio installed in the cinema which, during the preceding adverts, showed off its sonic capability with crisp, booming surround sound. Archlight has to be one of the smallest commercial cinema installations of Dolby Atmos in the United Kingdom (apart from specialised screening rooms) so this is a nice touch.

It’s worth clarifying here that this entire cinema has been built underneath an active railway line and trains aren’t few and far between. The auditorium is equipped with sound panels all over the ceiling and tops of walls, which not only amplify the sound but provide insulation from the rumbling trains overhead [the result of many months of hard work by integrator Sound Associates]. The degree of investment into Archlight is such that the passing trains weren’t a sound problem at all, but more an added subtle 4DX experience without the added ticket expense. As a side note, a similar cinema on the Southbank is BFI Southbank which is subject to a very traffic-heavy, noisy road overhead. And it has to be said, Archlight’s soundproofing is more impressive.

Despite this not being a film review, “Yesterday” was a happy-go-lucky, enjoyable way to spend a Wednesday afternoon. The 2K Barco laser projectors used in each screen performed sharply and is obviously something of a spacesaver for Archlight, lacking the need for a projection booth.

Conclusion
Archlight is proof that a cinema doesn’t have to be huge and flashy to provide what’s needed for a cosy, enjoyable cinema night out. Thanks to the team at the Olympic, who have clearly strived to match their successful premium model in Barnes, Archlight fills a cinema gap in the market in Battersea. It’s not the cheapest day out at £16 per adult ticket (and I was there during an off-peak window) but for a special treat, date night or weekend activity it’s definitely worth at least a visit.

And frankly, a larger cinema offering or multiplex wouldn’t fit in here at all, with the bespoke approach of the area. Its placement in the trendy Circus West Village matches the experience it offers perfectly. So while it’s sadly unlikely that Sting and Trudie will be sitting next to you to watch the next “Fast & Furious” – I think they tend to have private screenings like me – at least the trains driving over your head won’t be bothering you.

*There’s a chance my private screening was was actually just because it was really quiet that day.