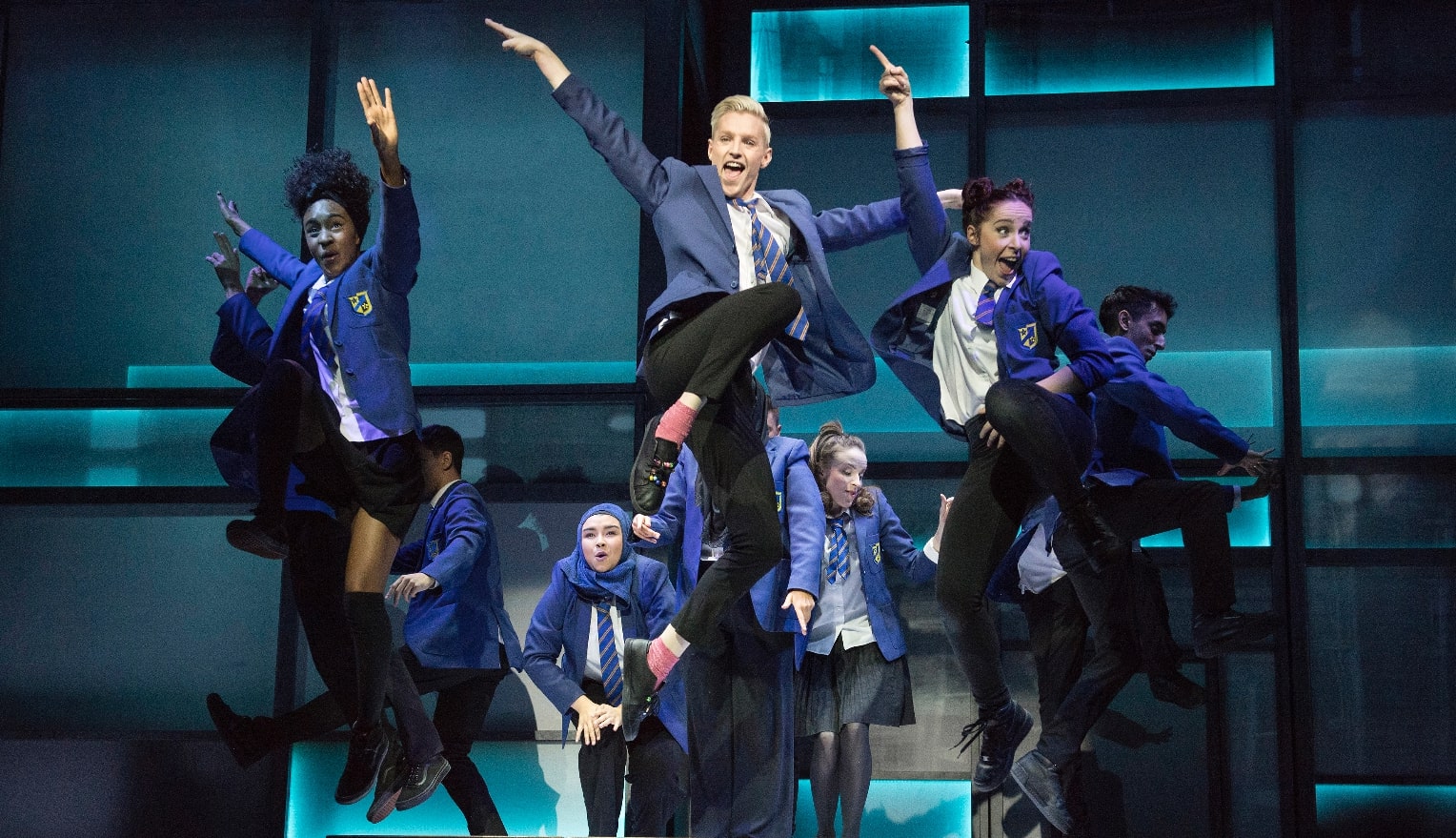 Everybody’s Talking About Jamie – or are they? Whether you’ve heard of it or not, this West End, London musical re-wrote the rules of event cinema this summer. It transferred from its opening run at the Sheffield Crucible to the Apollo Theatre on Shaftesbury Avenue in November 2017 where it has has now sold over 200,000 tickets [source: Nimax Theatres]. And its current run has just been extended for the second time to April 2019.

‘Jamie’ – as it’s affectionately known – branched out into the world of event cinema this summer, when West End producer of the show Nica Burns, CEO of Nimax Theatres, approached More2Screen distribution to arrange a live, one-night-only screening on 5th July 2018. Unusually, when the screening of ‘Jamie’ was arranged, the live stage show was still playing an open-ended run to consistent audiences. Typical practice would actually see an event cinema release positioned at the end of a West End run when the show has finished or is steadily declining in ticket sales, so as not to cannibalise audiences.

And so Burns’ decision to screen ‘Jamie’ certainly was a brave one as the show was (and is) still a new musical with a lot of people around the UK having never heard of it. But Christine Costello, CEO of More2Screen, said the original decision to screen ‘Jamie’ live “was based on inspired producer instinct that cinema audiences would want to come to see the show afterwards creating a virtuous circle.” Burns confirmed “I believed the screening would make the live show stronger and it did.”

Over 500 cinemas nationwide screened the show from the Apollo Theatre via satellite to audiences who, despite the unusual heat of the British summer, attended in their droves. But the fact remains that the show is relatively unknown. And this, combined with the thirty-degree-heat of that particular day in July – box office numbers had already taken a hit over the summer because of the heatwave – could have meant that everybody may not have been talking about ‘Jamie’ after all. And Burns openly acknowledges this, saying “Doing a live screening so early broke all the rules.”

But on the following morning, 6th July, box office results showed that ‘Jamie’ had made it to the UK number one spot, grossing £681k. Burns’ decision to screen the show was not just intuitive but the combined marketing efforts of Nimax Theatres and More2Screen had clearly paid off. Not only did it command the top position but it grossed twice the box office of “Muse: Drones World Tour” (£348k), the number two cinema release at the time released 12th July. [source: comScore]. Christine Costello, CEO of More2Screen, says “’Jamie’ bucked the trend during an unusually hot summer period.”

Burns credits existing ‘Jamie’ fans for being her main inspiration to arrange the screening in the first place and says “[the idea] came from the extraordinary reaction of young people on social media and who wrote to me, telling me how it spoke to them.” And of the broadcast Costello comments that due to the success of past cinema events “it was recognised by [Nimax Theatres] that cinema would be a great platform to reach young and old outside of London and the southeast”.

To achieve this level of success an extensive marketing strategy was closely followed, intentionally targeting exactly these fans whom ‘Jamie’ would appeal to. Costello explained, “The core fan base for the stage show is young, passionate and vocal. The marketing campaign was wide-ranging across advertising, press, promotions, social media and third-party database activity […] dedicating a third of the marketing budget [to the] online campaign”.

The relationship between More2Screen and Nimax Theatres also had to be one of complete cooperation to reinforce the marketing efforts, giving the broadcast the best chance of success. And so various promotional and publicity opportunities were set up with the West End cast, building anticipation ahead of the one-off event. Costello continues of the show’s marketing, “We were given amazing talent access with the cast undertaking regional press activity and filming a set of shout-out videos for the digital campaign.”

On the reverse side of this, for those in parts of the UK for whom a trip to London was unfeasible being both costly and impractical, an event cinema screening of ‘Jamie’ ticked the boxes of being cost-effective and accessible. Burns says that as well as those who could make the journey to the Apollo, she “wanted to share it with those who could not come to London [because] stories can move between stage and screen well and improve access.”

Turning A BBC Documentary Into a Musical

So what exactly is ‘Jamie’ about and how did it draw crowds to their local cinemas on that hot July day? Inspired by 2011, BBC3 documentary “Jamie: Drag Queen at 16“, the programme followed County Durham teenager Jamie Campbell as he planned to reveal his drag queen persona, Fifi La True, to his peers and teachers at his school prom…where he wanted to wear a dress.

Theatre director Jonathan Butterell saw the documentary and instantly knew that it had something special that could be translated into stage show magic. Fast-forward three years and book and songwriters Tom MacRae and Dan Gillespie Sells – the latter being front man of pop band The Feeling – teamed up with Butterell, gelling instantly. Together they all created the juggernaut musical and it started life at The Sheffield Crucible in February 2017. It was there, after watching the very last performance, that Burns immediately offered the production the transfer to the West End.

The serendipity with which the creatives behind the show came together, mixed with how unique the real life story is, all contribute to the success that ‘Jamie’ has seen. And the aforementioned expansive marketing campaign effected by both More2Screen and Nimax Theatres mustn’t be sidelined. But some, if not a lot of credit, has to be given to the warmth and heart of this show. It helps that the lead role and his best friend aren’t your typical hero and sidekick: Jamie New twirls around the stage in six inch heels without missing a beat and his best friend is a hijab-wearing, aspiring female doctor. But the story is so human and the humour so sharply observed that you can’t help but laugh and cry and then laugh some more.

“The cinema here in Northampton is full of mums with teens, same-sex couples and gender diverse people. I saw a non-binary person smiling with their elderly grandfather. This is the effect that the ‘Jamie’ phenomenon has on the world and it’s amazing.”

Learnings For The Industry

So what learnings can the industry take away from the release of ‘Jamie’? Costello observes that “with the right show and with brave judgment calls from producers positively embracing a new opportunity, national live cinema broadcasts and West End shows can complement each other’s potential […] it’s about showcasing content to the right target audience and exhibitors have multiple ways of doing this”.

Burns adds “choose your partners carefully, pay immaculate attention to the details and market and publicise it properly.”

So, is everybody talking about ‘Jamie’? The UK release has now grossed – at the time of writing and including subsequent encores – £726,767 [source: comScore], the West End show continues to sell out performances regularly and now Nimax Theatres and More2Screen are taking screenings of ‘Jamie’ worldwide, starting with the US in November. And it’s even just been announced that the musical is set to be turned into a feature film.

So it stands to reason that if they aren’t talking about ‘Jamie’ at the moment, they certainly will be soon.