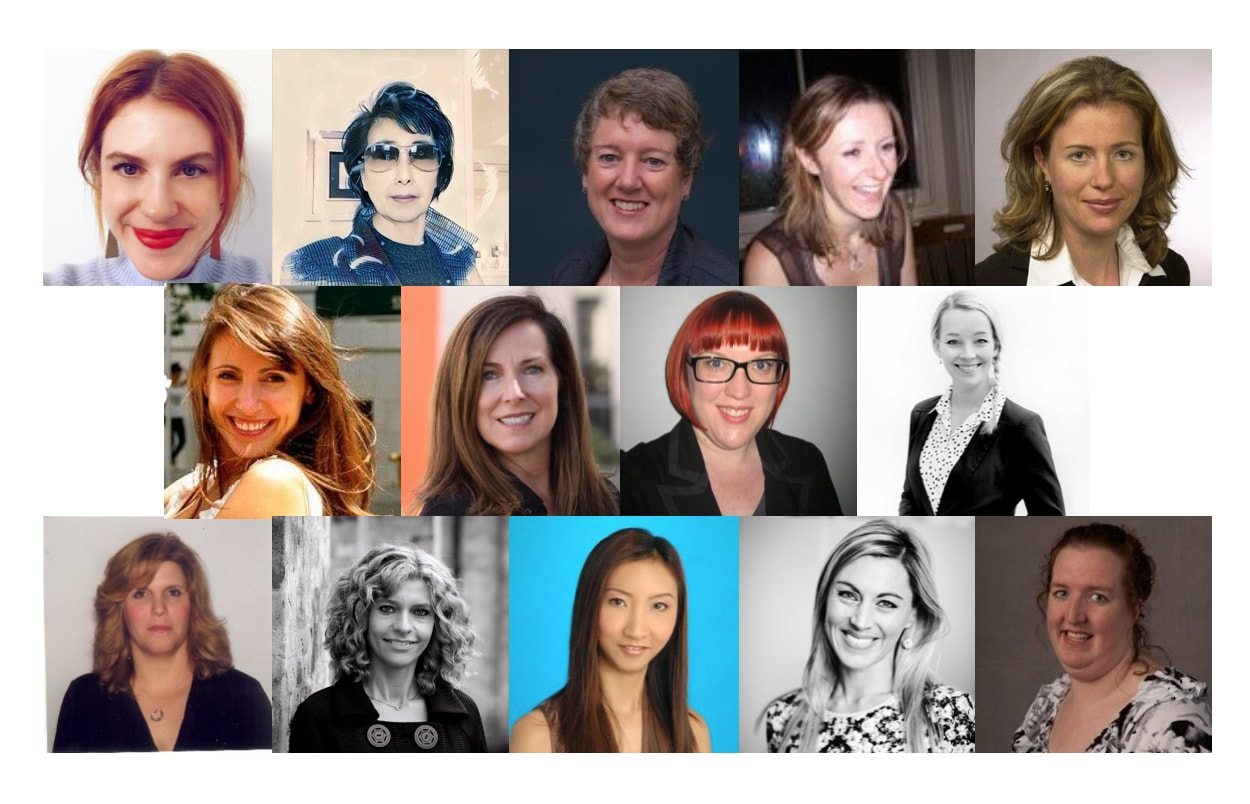 Compiling the list of the Top 50 Women in Global Cinema became more difficult due to widening the criteria and receiving a record number of nominations this year. The selection committee realized that a large group of talented and hard-working women might not be recognized simply because they are just either starting out their career in the cinema industry or have not yet made their big mark.

This is why we created a special ‘Ones to Watch’ category, recognizing those that haven’t yet made the list but have the potential to in the near future. These are not ones that rank outside the Top 50, but ones that we believe are in their own niche of qualified industry professionals.

As such, they will not be ranked but are listed below in alphabetical order. We have also not profiled them to the same extent, but we believe every one of them can make it on the Top 50 list in the near future. They have already given much to the cinema business and we hope that they will continue to do so, because amongst them are the future leaders of our industry.

Annasivia joined Amblin Partners as VP of International Marketing in 2017 from Mister Smith Entertainment where she handled the Amblin titles in addition to MSE’s slate of independently produced features. She works with Amblin’s independent distribution partners in Europe, the Middle East, Israel, Africa, Australia, Hong Kong, South Korea, India and China, overseeing and coordinating international campaigns with US studio releases.

While Theresa English has been with TK Architects for over a dozen year, her star keeps rising for cinema projects, with a string of eye-catching and beautifully designed cinemas that stretch from the the US Mid-West to the Gulf in the Middle East and China in between.

Industry analyst Lucy Jones has put a human face and a wealth of insights on the numbers and data generated by comScore, as it tracks box office across the globe. She is a frequent public speaker and contributes generously to industry forums with her insights from her years at Rentrak and Nielsen EDI before comScore.

Netherlands had one of its best cinema years ever in 2017, all the more remarkable for the lack of any major domestic hit. Pathé NL veteran Danielle Koot deserves recognition for helping Pathé Netherlands outperform in a very competitive marketplace. Meanwhile Mireille Frick has advanced from working in FMCG, QSR Restaurant or luxury goods to leading Pathé Switzerland’s marketing division successfully for over two years.

Dianne LaGuardia has helped Samsung Cinema LED be the most talked-out new cinema technology in years, all the more remarkable given that all the publicity has been earned (i.e. articles rather than adverts). Expect to hear plenty more from LaGuardia and Samsung this coming year as the dazzling screens rolls out to more cinemas.

Starting her career in the Publicity department of Newmarket Films, Argjenda worked on several highly acclaimed independent films. In 1997, Argjenda left Newmarket to work for the Film Expo Group as a Convention Operations Manager.  A decade later, she has risen in the ranks to become the first-ever female Vice President of the Film Expo Group, where she leads global operations on top industry conventions, ShowEast, CineEurope and CineAsia.

Kathryn Pritchard has the monumental task of integrating the staff of AMC, Odeon & UCI and Nordic Cinema Group’s European operations. Odeon is already winning accolades and award for its HR efforts, including Number 25 Best Big 30 Companies to Work For according to Sunday Times.

Linda Stenersen beat 54 other candidates to the job of running Scandinavia’s most anticipated new multiplex. Having previously worked in retail (shoes and fashion) she says she has “positive nervousness” about her new job, with the opening set for 22 March.

Janice Tay has been with Walt Disney Studios since April 2017 and in her first year she has worked with territories on the marketing campaigns for “Thor Ragnarok”, “Guardians of the Galaxy Vol. 2”, “Coco”, “Star Wars: The Last Jedi” and most recently “Black Panther”.  Prior to her tenure at Disney, Janice spent 18 years in film marketing at 20th Century Fox, starting in territory marketing then moving on to head marketing in Asia Pacific.

Kezia Williams joined eOne in 2013 and has since been responsible for leading marketing and distribution strategy across all film releases in the UK including “The Girl on The Train”, “The BFG”, “Arrival”, “12 Years a Slave”. Prior to eOne, she served as Deputy Marketing Director at Warner Brothers, leading the cross-divisional team for films including the “Harry Potter” “The Dark Knight Rises”, “The Great Gatsby” and “The Hobbit” movies.

2017 saw the launch of Denmark’s first VIP luxury auditorium, with the ‘Supreme’ screen in Lyngby’s Nordisk Film Biografer cinema. This is just one of the many Nordisk innovations that Vibeke Wolfsberg has shepharded in her role as Commercial Director of Nordisk.