Welcome to the Box Office Jungle as “Jumanji” $36 Million Finally Overtakes “The Last Jedi”, While “Insidious” Scares Up $29 Mil. This Weekend at the Box Office.

I’d never thought I’d see the day when a USD $572 million movie was spoken of in such harsh tones, yet here we are. “Star Wars: The Last Jedi” dropped a hearty 55%, by far the largest drop on the board according to ComScore, and watched helplessly as Dwayne Johnson and his “Jumanji” gang whizzed by it en route to the number one spot at the post-holiday box office. The news wasn’t all that hot for the Jedis overseas either as the film didn’t only fail to break box office records there but it couldn’t even land in first place. As is the case in Hollywood, we often times remember the end of a theatrical run on a film rather than opening weekend. It will be interesting what exhibitor reaction will be if/when Disney goes for the same “Star Wars” terms on this summer’s “Solo” movie. Stay tuned.

Meanwhile somewhere in the Hawaiian jungle, “Jumanji” grabbed another USD $36 million this weekend and its overall total is now at USD $244 million, an overwhelming success for Sony. Meanwhile, “The Last Jedi” suffered the aforementioned 55% tumble and fell to, no not second, but third place after Universal and Blumhouse’s “Insidious: The Last Key” pulled a bit of stunner, grossing USD $29 million, which won it the place position. ComScore points out that this opening is even higher than the last installment of the franchise, which debuted to USD $22 million in June of 2015.

Elsewhere, STX’s “Molly’s Game” opened to USD $7 million, which landed it in 7th place, just ahead of 2018 Oscar winner Gary Oldman (I’m just going to keep referring to him as that until he finally wins) and everyone at “Darkest Hour,” which added screens this week to get to the USD $6.3 million level. A Jessica Chastain win at tonight’s Golden Globes would help Aaron Sorkin’s film’s cause.

Again this week we’ve listed anything under 1,000 screens just so we include everyone not in wide release.

THREE BILLBOARDS…-Also going in the wrong directioon, with USD $705,000 in 310 locations

“The Post” (Fox)—Steven Spielberg’s depiction of the race to publish the Pentagon Papers is proving to be this year’s best thriller. Propelled by excellent performances by Meryl Streep and Tom Hanks, the film has enjoyed a robust life in the limited arena and now expands to a national run. By the way, hopefully Oscar voters don’t overlook the beautifully understated performance from Bob Odenkirk, which is by far the best of his career.

The Verdict: Oh to be a fly on the wall when President Trump screens this during the week. He requested a print from Fox and studios always provide requested prints for Presidents. During my time at Sony it was hilarious to compare the films requested by President Bush versus those by President Obama. I’ll leave that to your imagination. How this expands into predominantly red states will be the answer to whether the film breaks the USD $20 million barrier query. For the four day Martin Luther King weekend look for it to do its Sergey Bubka impression and just get over that bar to the tune of USD $22 million.

“The Commuter” (LG)—Liam Neeson plays a New York commuter who gets caught up in a conspiracy on his afternoon train ride back to suburbia. I did that commute for 20 years and the most exciting thing that ever happened on my train ride was when the train got a Bar Car. Vera Farmiga and Patrick Wilson co-star.

The Verdict: The film reunites Neeson with his “Non-Stop” director but Liam’s non-“Taken” openings have been on the downslope as he’s gotten a bit longer in the tooth, shall we say. Thankfully Lionsgate doesn’t have him running across the top of the train in pursuit of the villain so this is more of a Hitchcockian thriller. Still and all, look for an opening in the mid-teens over four days and hope that Neeson has got one more of these kind of roles left in him.

“Paddington 2” (WB)-Taken over from The Company Formerly Known As The Weinstein Company, Warners sets off on another adventure with everyone’s favorite station bear. Ben Whishaw voices Paddington and the list of co-stars looks like an afternoon of Brit Box or the commissary at tea time at the BBC. Hugh Bonneville, Imelda Staunton, Jim Broadbent, Julie Walters and Brendan Gleeson round out the cast. Evidently Michael Gambon was busy and Liz Dawn is still dead.

The Verdict: How about this for a Rotten Tomatoes score. The film has received a perfect 100 from 64 critics, mostly worldwide, where the film has already opened to the tune of USD $200 million. In fact, the US is one of the last countries to open the movie, behind such box office powder kegs as Cyprus, Lithuania and Estonia. Oh if I had a nickel every time a producer said to me at Sony, “I don’t care how we did at Lincoln Square this weekend, what did we do in Vilnius!!!” 2015’s original opened to USD $18 million for three days and this should land in roughly the same ballpark. USD $20 million for four days. 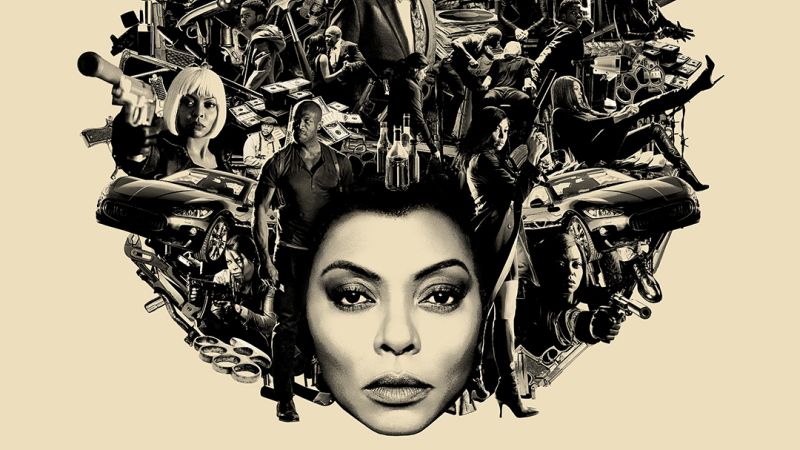 “Proud Mary” (Sony)—Taraji P Henson plays a Boston hitwoman who ends up saving a young boy. Danny Glover and Rade Serbedzija are along for the ride and hopefully not attempting Southie accents.

The Verdict: An odd choice for Ms. Henson, to say the least. And what’s with the truly bizarre Hendrix-like artwork for the film? (above) Check out the one-sheet, but only after making a stop at one of the (now legal) California pot dispensaries. USD $11 million for four days.

Back with a vengeance, there’s plenty on the Event Cinema plate this coming week. Wednesday has the triumverate of “Exhibiton on Screen: American Impressionists”, showings of Tommy Wiseau’s original “The Room” and Eric Clapton’s “Life in 12 Bars”. Moving on to Thursday there’s “Alien Intrusion with John Schneider”. Then over the weekend, The Met Opera returns with “The Opera House” doc and TCM brings “Treasure of the Sierra Madre” back to the big screen beginning on Sunday.

“Remember men, we’re fighting for this woman’s honor, which is probably more than she ever did.”