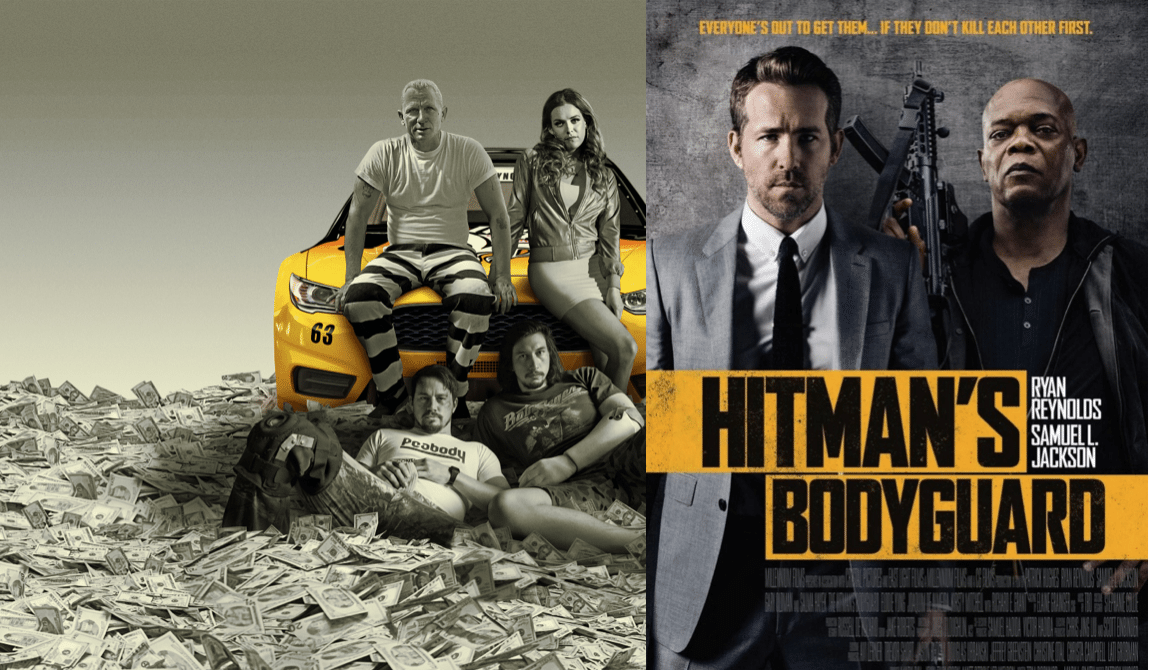 Well now that’s more like it.  The heck with Tom Cruise, exploding Transformers and half naked Baywatch women, when all else fails turn to a possessed doll to salvage a summer weekend.  WB’s “Annabelle: Creation” performed a neat little trick this weekend in that a prequel almost matched its orginal’s opening weekend. The film’s USD $35 million was enough to romp to the top of the boxoffice charts, beating second place “Dunkirk” by a few football fields.

The movie’s 68 Rotten Tomatoes score was very solid for a horror film, especially a sequel, or prequel in this case, and its B Cinemascore was very strong as well and mirrored the first “Annabelle”. The original opened to USD $37 million with a 2.2X multiplier and this will probably struggle to reach that number as the dog days of August aren’t exactly boxoffice gold. Perhaps the positive reviews will help.

Internationally the film grossed USD $35 million in its first week of wide release. Asia was very strong and Latin America, where this franchise has fared especially well, opens this coming weekend. The first “Anabelle” topped out at USD $172 million internationally, slightly more than twice its domestic take. Any way you look at it, “Annabelle: Creation” is a moneymaker for WB/Blumhouse.

On the other hand, “The Nut Job 2: Nutty By Nature” proved to be a decidedly mixed bag of nuts for Open Road, to say the least.  Its take of USD $8.9 million was below expectations and international on the first NJ was less than domestic so OPR doesn’t have that safety net to fall back on.

Has anyone noticed that Lionsgate has released the third most wide release movies of 2017? Well throw “The Glass Castle” into that wide release bin as 1,461 covers most of America and the film’s take of USD $4.8 million was about what was expected. YA audiences tend to skew higher than most in the Cinemascore universe so don’t read too much about long term playtime into its A- Cinemascore.  This will be a Two & Gone but it did provide us with our now famous Celluloid Junkie Favorite Quote of the Week, this time from James Verniere from the Boston Herald, who summed the film up by scribing, “I’d rather stick skewers in my ears than listen to Woody Harrelson blather on for over two hours as the film’s bullying, alcoholic father.  But at least I get paid for it.”

On the limited front, Neon’s “Ingrid Goes West” opened to one of the highest per location averages of the year with $47,000 PLA in three locations.  Also enjoying strong debuts were A24’s “Godd Time” wth a PLA of $34,000 in its four New York and Los Angeles locations and IFC’s “The Trip to Spain” which opened to a PLA of $15,000 in three theatres.

Even with the higher than expected opening for A/C we were still down over 30% from the same week last year.  Wow, the fall had better be good.

“The Hitman’s Bodyguard”  (LG)—Nothing too groundbreaking or imaginative in this storyline.  Ryan Reynolds tries to get hitman Samuel L. Jackson to a Dutch court, preferably intact, to testify against an international baddie played by Gary Oldman. I think I’ve seen these guys in these roles once or twice or fifteen times in their career. In any event it seems like harmless fun and the director is Patrick Hughes who last helmed “The Expendables 3” so it doesn’t appear the film is taking itself so seriously. The film’s RT score currently stands at 55 which only echoes the aforementioned assessment.

The Verdict:  It should be a tight race between this film, “Logan Lucky” and “Annabelle: Creation” for the top spot at the boxoffice this coming week.  Industry projections, once in the low 20s, are now more in the high teens which feels about right.  USD $17 million.

“Logan Lucky” (Bleecker St)—I was in a bit of a quandary as to who I should list as the distributor here. Much has been made of Steven Soderbergh’s so-far-outside-the-box-I’m-in-Botswana approach to marketing and distributing the film that it’s hard to tell who’s calling the shots. The director wanted control over virtually all aspects of the film yet went ahead and hired former WB Distribution President Dan Fellman to oversee the film’s theatrical release. So contrary to most of the industry articles you’ve read this isn’t exactly Guerrilla Distribution 101. But I digress.

One thing that hasn’t been mentioned quite as often is the film’s rather startling RT score which stands at a perfect 100.  The film is squarely targeted at what we call here in the US the Red States.  A bunch of ragtag criminals plot to steal millions from a NASCAR track.  It also stars one of the most eclectic casts of the year in Channing Tatum, Daniel Craig, Adam Driver, Hilary Swank, Seth MacFarlane, Katie Holmes and Dwight Yoakam. “The Age of Innocence” this is not. Think “Raising Arizona” meets “Ocean’s Eleven” with a dash of “Ernest Goes to Camp”.

The Verdict: Thanks to previously selling much of the foreign rights and the shoestring marketing plan via Bleecker Street, a $10-15 million opening would be a financial win for Soderbergh. Southern and Midwestern moviegoers are a fickle bunch but here’s thinking they consider this a Hollywood movie they can actually call their own.  $14 million.  Yee haw.

“Patti Cake$”  (FSL)—The screening of this film was a huge hit at this year’s Sundance Film Festival. An unlikely aspiring female rapper looks for fame as a way to escape her miserable New Jersey existence. (I’m dying to insert a NJ joke here but that would feel very 1981 Joe Piscopo so I won’t.) Current RT score is a just-ok 65.

On the EVENT CINEMA front, we again run the gamut here in the States with TCM’s “Bonnie and Clyde” returning to the big screen on Wednesday, “Batman and Harley Quinn” and the anime title “Fairy Tale: Dragon Cry” on Monday and the Thursday pairing of “Doctor Who: The Five Doctors” and “McLaren”, the story of legendary F1 carmaker Bruce McLaren. The UK and Ireland have an encore presentation of Part 2 of “Angels in America” from the National Theatre on Tuesday.

Lastly, if you missed our article from this past week on how 1939 could save the movie business check it out here.