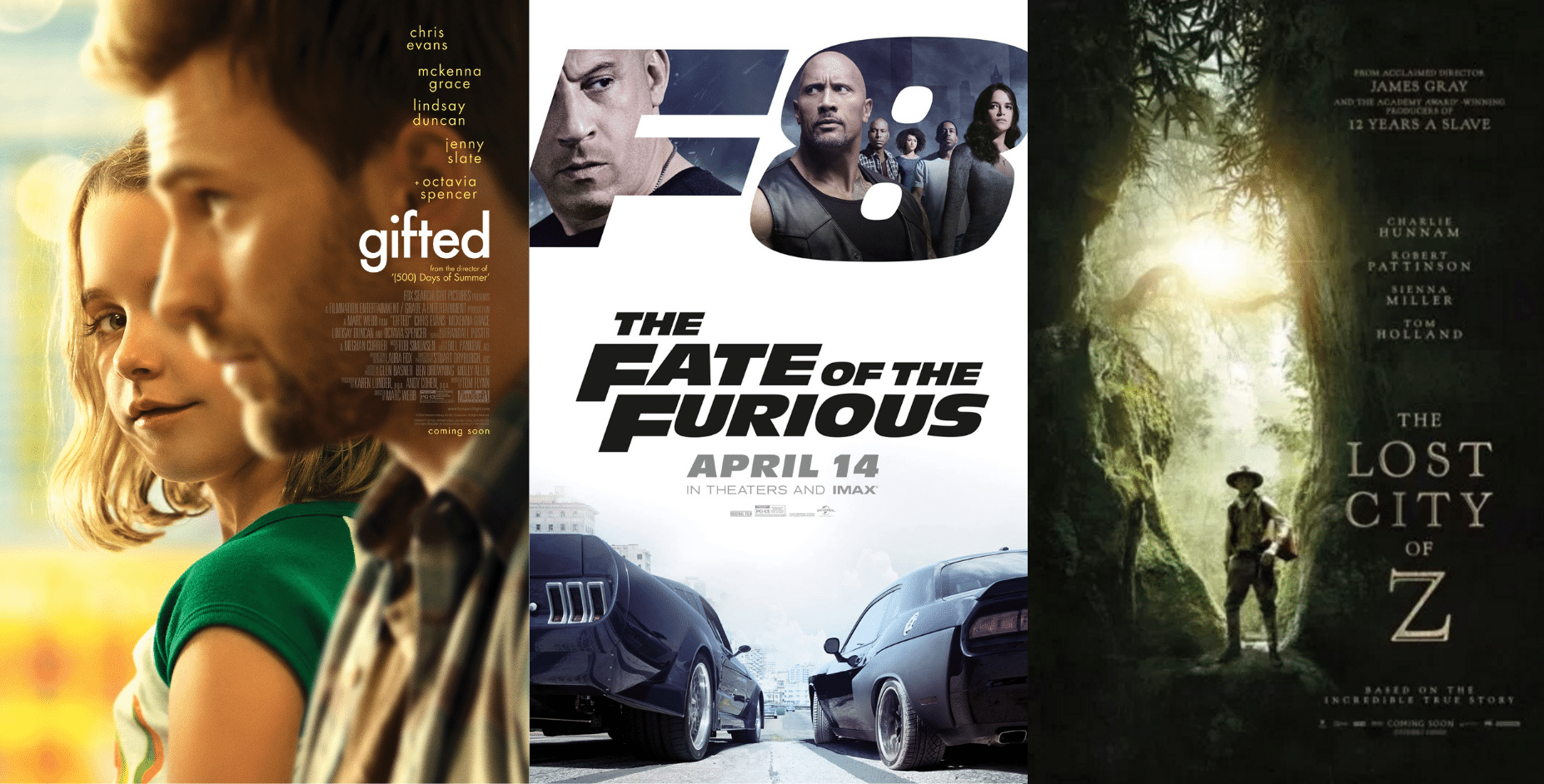 “Boss Baby” continued its boxoffice dominance this past weekend as all three newcomers performed exactly as CJ predicted last Monday. The best, and I do use that word loosely, of the bunch was Sony’s “Smurfs: Lost Village” which hobbled its way to a USD $14 million debut.  The launch was yet another setback for the studio, which just came off a disappointing opening for “Life”. On the other end of the age spectrum, “Going in Style” came in at the USD $12 million we predicted and should end up somewhere in the USD $40 million all in. These older skewing films always have decent multiples as seniors rarely run out to their local multiplex on opening weekend. Finally, “The Case for Christ” managed a USD $4 million total.

OK, seat belts buckled everyone.  Here’s how this coming weekend is shaping up.

“The Fate of the Furious” (Universal)—Coming off a seventh instalment which opened in the States to USD $147 million and amassed a massive USD $1.1 billion overseas, Vin Diesel and crew return for an eighth time behind the wheel and this time out they’re bringing along Charlize Theron for the ride. In addition, F. Gary Gray steps into the director’s chair.  He’s the man behind “Straight Outta Compton” and the remake of “The Italian Job”. Initial screening reactions are mostly positive and the movie is exactly what fans of the franchise want.

The Verdict:  A cast of Dwayne Johnson, Jason Statham, Vin Diesel, Kurt Russell and Tyrese Gibson does feel a bit old, as if we were peering into the future and seeing the cast of “Expendables 8”, but that doesn’t matter at all to FATF fans.  USD $138 million.

ALSO OPENING— Open Road has the animated space monkey movie “Spark” opening in 350+ theatres this week. The film is from the producers of OPR’s “The Nut Job”. Fox Searchlight expands its custody battle drama, “Gifted”, starring Chris Evans, Octavia Spencer and Jenny Slate, into roughly 1,000 theaters. And finally, Charlie Hunnam plays a British Colonel who disappeared looking for a lost civilisation in the jungle in 1925 in “The Lost City of Z”.  Just NY & LA on that one.