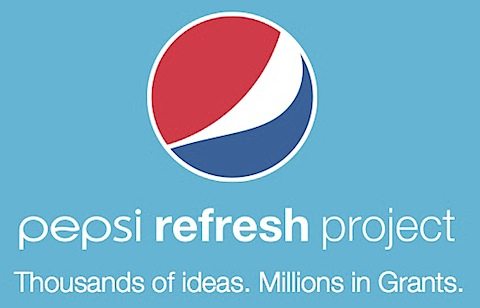 It’s no secret that digital cinema equipment is expensive. Converting a single auditorium in a multiplex can cost more than USD $80,000. The cost is so high that movie studios are subsidizing conversions through virtual print fees (VPF). But for theatres that are too small to qualify for VPFs, converting may never be financially feasible. One such theatre hopes a special program being run by Pepsi will help them fund their digital future.

The Finch Theatre in Lincoln, Kansas was founded as a multi-purpose venue that would serve the community of 1,200 residents of the small rural town. Volunteers spent six years renovating the building before the theatre opened for business in 2000. Over the past ten years, the theatre has been used for movies, the performing arts, community meetings and social gatherings such as reunions. It remains one of few theatres that continue to operate in the region.

That’s actually quite an accomplishment given that the Finch Theatre is run and staffed completely by volunteers. The main source of revenue for the theatre is cinema; the Finch shows movies every Friday, Saturday and Sunday throughout the year. Presently, the Finch shows first-run or recently released titles on 35mm, though they fear that five to ten years from now studios will stop producing film prints leaving them with few, if any, options for operating as a movie theatre.

But the Finch’s board of directors are progressive thinkers. After all, the theater has its own Facebook page. Earlier this year the theatre’s board began researching what a digital conversion would require and they were left suffering from sticker shock at how much it would cost. The price tag for a conversion is far in excess of what a theatre whose top ticket price of USD $5.00 could ever afford.

That’s when one of the board members came across a website promoting the Pepsi Refresh Project. The soft drink company is giving away USD $1,300,000 each month to fund “great ideas”. Pepsi is accepting 1000 ideas every month for projects that are “beneficial, achievable, constructive, and ‘shovel-ready’ (meaning it can be finished within 12 months of funding)”. Approved projects are posted on Refresh Project’s website where they can be voted on by the masses. At the end of the month the top ten projects in each of six grant categories are awarded with USD $5,000, $25,000 or $50,000. There are even two awards of USD $250,000 handed out each month.

The Finch Theatre’s application for a $50,000 was accepted in September. Voting for the Finch’s digital cinema conversion project began on October 1st and continues through the end of the month. The public can vote for a project once every day of the month through one of three methods; the Refresh Project website, a Pepsi Refesh Facebook app or even via text message (texting 103055 to 73774 would cast a vote for the Finch). The Finch Theatre project started out in 236th place and has since moved up to the 114th position in the Arts and Culture grant category.

Tara Kubick, member of the Finch Theatre’s board says the theatre has put a lot of effort into getting the word out about their Pepsi challenge:

“This will take way more people than just our small community has to win. We began a paper campaign, printing small cards with voting information on them and hand them to everyone we talk to) as well as flyers. We have contacted the local high schools to involve teachers and students in voting. We also began posting the information on the Finch Theatre’s website and Facebook page. We continue to send mass emails to all of our business and personal contacts encouraging everyone to vote and share the information with everyone they know. Information is being run on a local radio station and we have notified the local newspaper of our efforts.”

And the Finch isn’t counting solely on a grant from Pepsi to help them convert their theatre to digital. They have already raised USD $55,000 of the USD $100,000 budget through donations from private donors, local banks and fundraisers like a men’s beauty pageant dubbed “Studs in Stockings”.