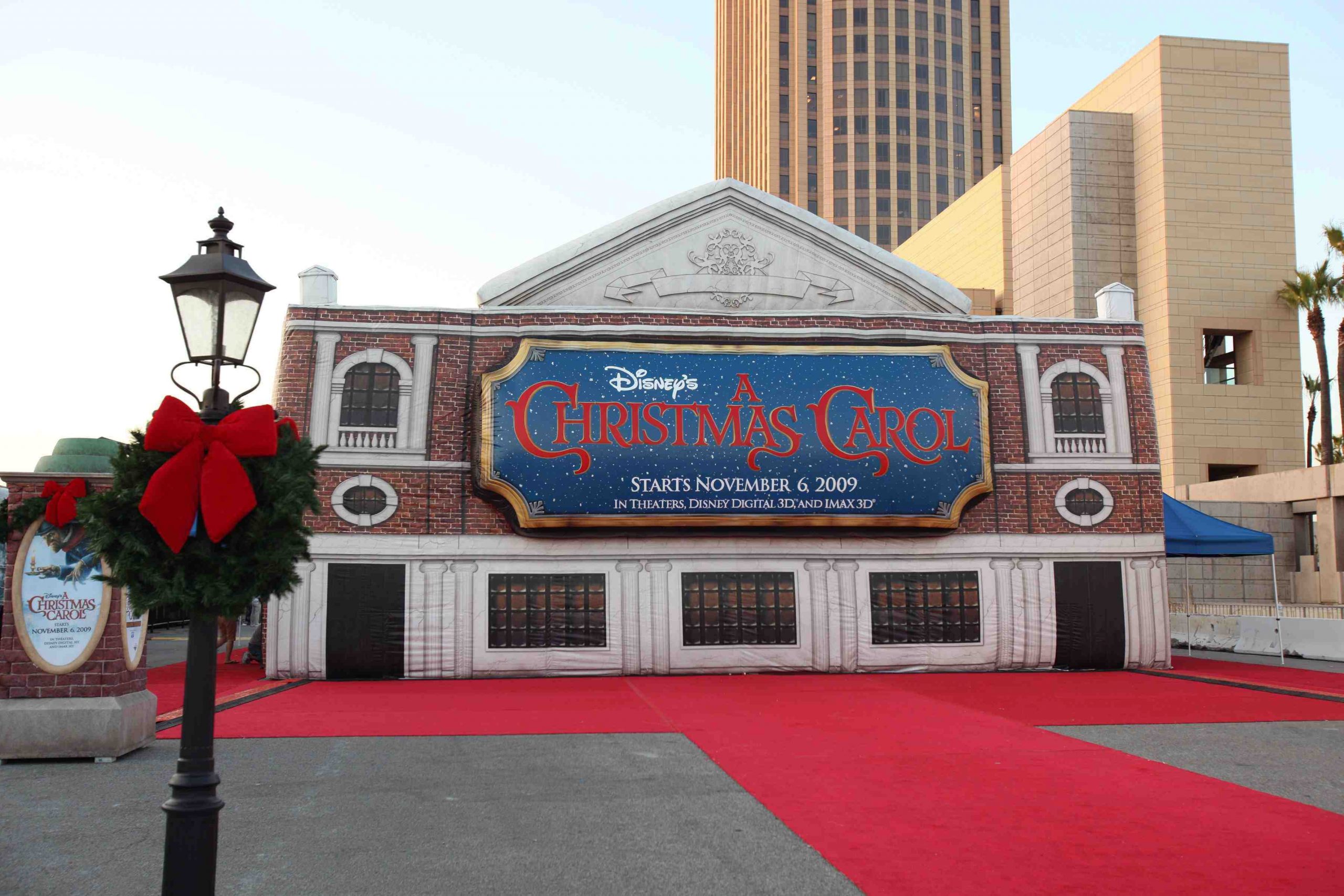 You’ve got to hand it to Disney for creating another innovative way to promote 3D.
To raise awareness of the format and the studio’s upcoming stereoscopic release “A Christmas Carol,” Disney has put together a 40-city promotional tour that will travel by train.
As part of the exhibition, at each stop Disney will put up an inflatable 3D theater that was specially developed for the tour with technology suppliers Dolby and Barco. The 50x 50 ft. theater stands 25 ft. high and can be erected in less than six hours, execs said. 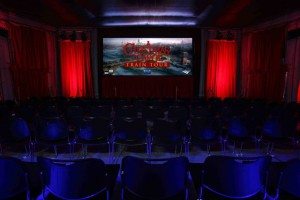 The theater uses the Dolby 3D system, and its gear includes two Barco DP2000 digital projectors, Dolby servers and a Dolby sound system. There is freestanding 18 by 17½ ft. screen and seating for 125.
Here, guests preview 3D clips from Robert Zemeckis’ “A Christmas Carol,” which opens Nov. 6.
The clever theater design will no doubt have plenty of additional applications.
The “Christmas Carol Train Tour” opened over Memorial Day weekend at Los Angeles’ Union Station and wraps the weekend of Oct. 30 in New York. The tour schedule can be found here